I’m afraid I would have to disagree with the blanket statement that Roon is not stable on Android.
Now I don’t have an Android tablet but I actually prefer using my Android phone for Roon than my iPad mini4.

I’m not taking sides on that issue; however, I will note that Roon on Android phones is quite a different animal from Roon on a 10-inch Android tablet. The former lacks many features; the latter comes quite close to replicating the desktop experience . . . when it works properly.

So it feels like the comparison is apples to oranges.

I will add, I would be triply irritated if I bought a new tablet to get Roon to run better, and it was the same. I am already disgusted by the planned obsolescence of modern devices. But to buy one that didn’t make a difference would really set me off (as well as cost hundreds of dollars that could better be spent on many other things – whether charitable or hedonistic).

That is a good point, I hadn’t considered that. In fact, that was the motivating factor in me getting a tablet - access to those features from my listening chair.

And I did qualify my post with the fact that I only have a phone.

Given the report by @Phydeaux and my own experience, I wonder if the problem is compatibility with Samsung tablets specifically. Mine is a Samsung, and while it is nothing special, the only app that doesn’t run 100% correctly is Roon Remote. At 3.5 years old, the tablet seems too new to be too old (if that makes sense).

And that may be an avenue worth pursuit by Roon.

Not perused the other Android tablet problem threads but do we know if they are predominantly Samsung or?
Interesting indeed.

I would love a comment by someone from Roon about this. @support

Mine still works like new, no issues with Roon on it. No slowness, no issue with album images.

@Rugby - Thanks for reporting that your S2 9.7 works fine. I wish I could find why mine has this intermittent trouble with Roon. Do you have an SD card in yours? How old is it, and what make?

I ask because my phone (as noted in another post) displayed many confusing problems when the SD card started to go bad. Maybe it’s the same here? In my experience, very few of them have lasted as long as the warranty.

IMO, nobody does tablets better than Apple and you may want to consider the latest iPad for $329. It’s an extra $50, but it’ll probably save you a lot of time, frustration, and money down the road.

Thanks, @Kevin. You are not the first who has said this, either online or in person. I may yet go to Apple for this.

The main thing holding me back is that I would probably go for the 256 Gb version, which is nearly $500 when available. I see that Apple at least supports them for 5-7 years, which is a big step up from Android vendors.

I have been using computers since 1967 and never had one with too much storage. I have had many with too little.

FWIW, Auralic gave up on Android years ago and now provides software only for Apple handhelds.

FWIW, what I see happening is Roon support would far rather push people to using an Apple product than support the Android platform. I expect nothing but denial about that and it may well be pessimistic, but I can’t help seeing support for the statement in every second or third response to persistent Android issues, if only between the lines.

Roon on my (OnePlus 9 pro) runs like a dream, almost never crashes and I prefer it to my iPhone XS.

Not wanting to knock the developers at all, Roon has definitely gotten better in the last couple of years on Android, even if it doesn’t have all the desktop features. It’s very functional now.

Roon on my iPad pro just keeps getting better looking and more functional, but crashes more than it ever has (maybe more being swapped out of memory or WiFi being disconnected even when told not to to save battery life).
It’s not all one way in any terms these days.

Funny that you say Roon has gotten better and better on Android and I find it’s gotten worse at each release. I’m speaking of its stability, not commenting at all on features. It (on Android tablet, not phone) doesn’t have all the features of the desktop app? Curious because I don’t have a desktop system that supports their app, they STILL don’t have one for Linux. So I’ve never seen the “full” app if it’s different.

Yes I understood and my comments say that for many on ipads it is exactly the same. Read the complaints in the forum’s of iOS users complaining that the App keeps crashing as well. There is not enough stability and Apple and Samsung prioritise what they want and that is not always helpful for Roon user’s, especially when apps are force closed in the background or WiFi disconnects when the screen goes off

Hoping to avoid buying a new tablet, I ran tests on the microSDXC card in mine. A third-party program found the entire surface OK for reading. As that program doesn’t offer a nondestructive write test, I copied some large files from my computer – this generated Windows error messages about hardware faults. I’ve ordered a new card (the old one is 7 yr old) and will report whether it helps.

Sounds like you may have a cheaper solution! However, one thing nobody seems to have mentioned directly so far is screen quality - I use Roon across a range of c.10" Android tablets and various phones, largely successfully, but for my dedicated control device was quite focused on the screen to get the most enjoyable experience - I bought a Samsung S5e largely due to the screen size, quality and resolution for the money. I’d also be a bit cautious about RAM - my impression is that Roon seems to run more happily when there’s plenty available (historically RAM use on my tablet crept up until the app needed restarting - I haven’t really needed to monitor it recently).

For anyone using, or interested in using, Kindle Fire (a good option, btw), it’s worth noting that the Roon app through the Kindle Store is never updated as soon as new builds are released; it always lags well behind the app available through Playstore. For those interested in how to install Playstore on Kindle Fire, here’s a link to a simple YouTube video with links to the appropriate apk files. Pretty simple. 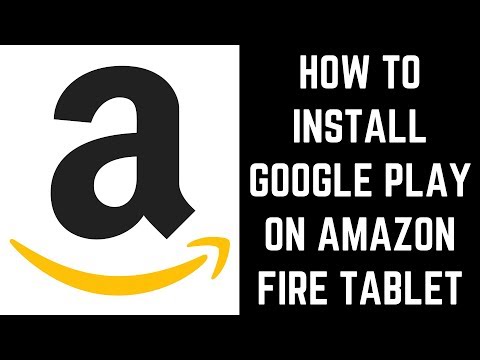 I have 8 Fire7s (6 as wall panels for lighting and other quality of life controls, 1 at my desk, one at the couch in the theater) and 3 Fire10s on order to replace the couch and desk. I love them for the price. The Amazon subsidization of the price is perfectly reasonable since you can gut them easily.
I run some ADB commands to de-amazonify them and use Home Assistant + a ton of integrations (both off the shelf and custom) to control everything. Roon browsing is still in the official roon app but I’m working on a fluid remote session iframe that connects to a virtual desktop running Roon Core to further unify everything into a single interface.

I’m working on a fluid remote session iframe that connects to a virtual desktop running Roon Core to further unify everything into a single interface.

Is there a English translation available for this sentence?