How to get the best experience from Roon Radio?

Are you using a streaming service or only local files?

Not sure who this is directed at, but for the record, I’m using Tidal, Qobuz and local files.

I will ask again: Are you using a streaming service or only local files?

Not clear either since I was directly above. 100% local.

I used tidal and local files.

Not clear either since I was directly above. 100% local.

In that case, you are not using Roon Radio, you are using the older and not-Valence-powered “swim” algorithm. I’m working with the UI team to make that more clear in the interface.

I have the same issue of the same artists repeating. Especially the Doors and now I give it a thumbs down. I have no local files. I only use Qobuz

When I was using Roon, I had premium subscriptions to Qobuz and Tidal, and a local library of more than 70,000 songs. Roon Radio was really bad no matter which services I had turned on or off.

I’d welcome surfacing swim as a top level option, a nod to the sooloos heritage.

Was Roon Radio ever fixed in the past 15+ months? Or does it still suffer the same issues of repetition stupidity that I documented way back in November 2020?

They are working on it and claim that they made progress, but the last time I tested it a few days ago, it was not solved for me.

I have also not seen any improvement except that it now plays songs from local library instead of 100% from streaming services.

Local library gets hardly ever used. (But mine is pretty small).

Even though I select qobuz albums as “primary” or favourite version it still plays tidal versions sometimes.

But overall I’m pretty happy. Because I really discovered lots of new artists.

More examples and Roon still refuses to acknowledge or do anything about it. Seed is True Blue by Madonna. Just the sheer laziness on the part of Valence to find any variety is astounding. Just endlessly repeats the same set of artists in a loop. This is Classic 80’s Pop for god’s sake. 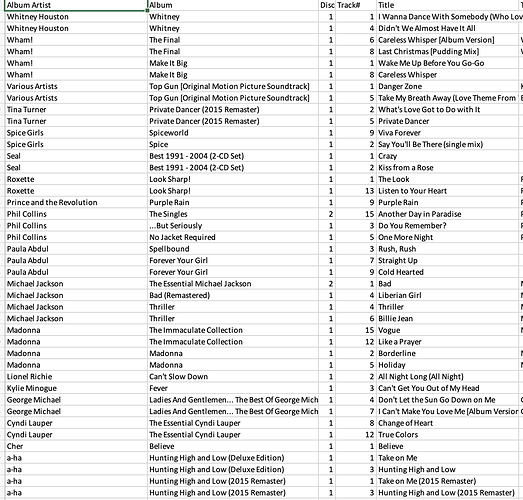 I have discovered more music listening to this album https://i.imgur.com/wgHIold.png than countless Roon Radio sessions seeding off the same genre.