Can you provide a link to where Strangeways was remastered by Johnny Marr in 2017?

I was comparing the MQA, which Tidal says is from 2011, to my HDTracks and Box Set versions, from 2011. And I think the redbook version on Tidal is also from 2011.

Hi James, try using a filter other than optimal transient on your S2 then do an A/B again. I also came to the same conclusions as you but turned out there’s a bug in the S2 firmware that will cause this behaviour.

Thanks Anthony I will try that. Filters seemed locked but I will figure that out. I’m glad someone else sensed the volume difference!

Hi James, filters will be locked in MQA mode but should be available when playing anything else. Which firmware are you using? I’ve spoken to Pro-Ject and they are working on a fix via new fw.

I don’t think that is correct. He did it in 2011 and only a Deluxe Edition of The Queen Is Dead was released in 2017. Please point me to a link about a new 2017 remastered catalog as I’m curious and I’ve not heard this news especially if Deluxe Editions are coming out for all albums.

I don’t think that is correct. He did it in 2011 and only a Deluxe Edition of The Queen Is Dead was released in 2017. Please point me to a link about a new 2017 remastered catalog as I’m curious and I’ve not heard this news especially if Deluxe Editions are coming out for all albums.

Sometimes the answer is right under your nose. I’m accessing Tidal versions via Roon. If I look at the MQA version, I see this: 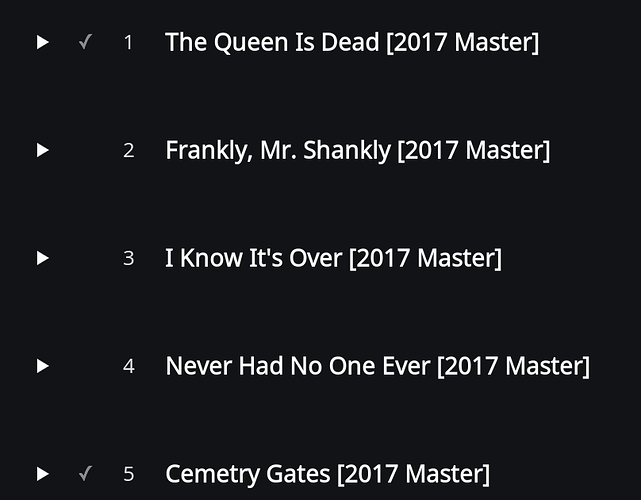 When I look at the CD-res version (on Tidal), I see this:

P.S. I think “Queen is Dead” was the only Smiths album remastered in 2017. For purposes of comparing MQA to non, I’m not sure it matters though, since the MQA version would be derived from a pre-CD “master”; so it’s to be expected that it would be different from a different source than the 2011 CD.

Yes, I think that is right - Only TQID was re-released in 2017 as a new master. I’m not sure Johnny Marr did that, either.

I was referring to Strangeways Here We Come. Those are all 2011 AFAIK.

The OP was not talking about TQID but SHWC… and that is what I was talking about too. So it wasn’t right under my nose at all Jim.

Right, and to summarize, the SHWC versions, I think, all branch from the same master, and the MQA is a bit louder than the redbook or HDTracks versions.

On my system, the MQA version is quite a bit louder. But as above, I have some work to do on filters and firmware upgrades to confirm that this isn’t just a firmware issue.

Curious if you use any upsampling when playing the redbook or HDtracks versions? Interesting that the MQA version would be louder as I would think they are most likely all the same master and MQA just run it though whatever their process is, hoping that they don’t bump up the dB’s as one way to make it sound “better”.

Right, and to summarize, the SHWC versions, I think, all branch from the same master, and the MQA is a bit louder than the redbook or HDTracks versions.

Right–“branch from”–but in my experience CD remasters often do much more than is done in translating a high-res master to MQA. And as I’ve said before, usually the CD version is louder. Not in this case, apparently.

Take a look/listen to the first Pretenders album.

Curious if you use any upsampling

Not with this DAC when I listen to MQA.

I have 2 DACs plugged into my SoTM USB card: Wyred4Sound DAC2, and Pro-Ject Prebox S2 Digital. Set up as separate zones. When I want to hear one or the other, I just switch inputs on my preamp and then switch to controlling the correct Roon zone.

The DAC2 is set up to upsample to highest x2 result, which I think sounds somewhat better than letting the DAC2 do this internally.

But the S2 is set up primarily to listen to MQA. So I have all DSP turned off since that interferes. So no upsampling.

As Anthony Bristol mentioned, it may just be a filter issue with the S2 that creates this volume bump. I will need to update the firmware and eliminate this variable before I reach any conclusions. Most of the MQA titles sound obviously louder to me right now. BUT, I have found a few that are softer, but not necessarily confirmed they are from the same master.

EDIT: If I switch DSD upsampling on (DSD128) the volume change is still there. As the DSD upsampling disables MQA I’d expect it to be the same, so I think it may be a different master. The instrumentation, percussion feels different to me anyway.

MUSINGS/MEASUREMENTS: On “blurring” and why MQA probably worsens transient smearing. 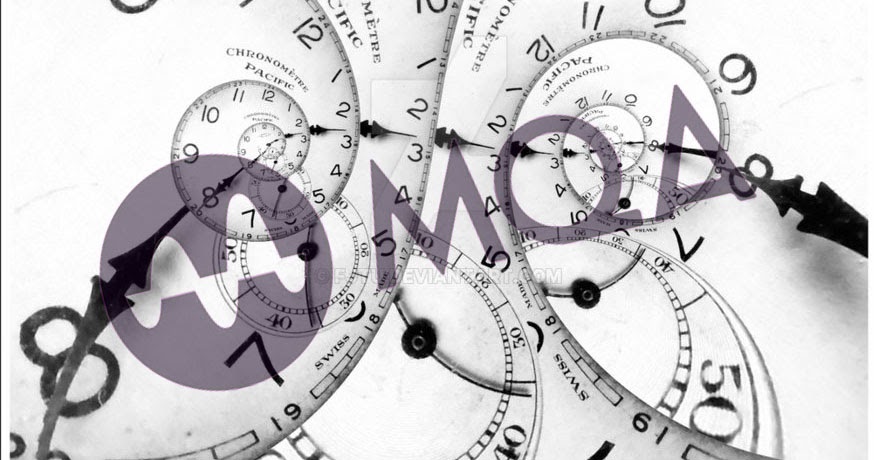 MUSINGS/MEASUREMENTS: On "blurring" and why MQA probably worsens transient...

Yes, I know. The last time I specifically addressed MQA was supposed to be "FINAL final"  :-). But I got curious again. This is espec...

Archimago is not credible. He clearly reaches conclusions first and “proves” them later and not just on this subject either.
It’s quite easy to see how he manipulates data to support his conclusions and his “testing” is not remotely scientific.
His MQA tests in particular were a joke. Highly variable and not repeatable.
I like MQA and it’s not DRM just because it requires a certified decoder. Especially when the decoder can be in software. It’s not about protecting copyright which is the purpose of DRM it’s to ensure decoding.
Like anything else the master quality counts but a lot of MQA was remastered first.
This is more of the get off my lawn attitude towards new things so common in this hobby and lot of the complainers have clearly never even heard it.

Archimago is not credible. He clearly reaches conclusions first and “proves” them later and not just on this subject either. The scientific method is an empirical method of knowledge acquisition which has characterized the development of natural science since at least the 17th century. It involves careful observation, which includes rigorous skepticism about what is observed, given that cognitive assumptions about how the world works influence how one interprets a percept. It involves formulating hypotheses, via induction, based on such observations; experimental and measurement-based testing of deductions drawn from...

As for your credibility, well…

Just so we can give the whole “MQA = / = DRM” common ground a shot, would those who believe that MQA doesn’t carry with it the potential for DRM please take a minute to read the following lines, and maybe propose a term that isn’t “DRM” for what is henceforth defined:

Methods and devices are described whereby a representation of an original PCM signal may be reversibly degraded in a controlled manner and information losslessly embedded to produce a streamable PCM signal, which provides a controlled audio quality when played on standard players and conditional access to a lossless presentation of the original PCM signal. Using such techniques allows control over the level of degradation of the signal and also flexibility in the type information of information embedded. Some methods require a song key, which is employed in one or both of the degrading and embedding steps and for creating a token. These methods may further require a user key, which is used to encrypt the song key before creating the token.

And if it’s the first time you see this, here’s the source. I’ll let those who believe anything out of Bob Stuart’s mouth come to their own conclusions.

Several years ago, I had a face-to-face conversation with Richard Hollinshead, Meridian Director of R&D, and one of the authors of the patent application, and brought up this very issue. I was told that, early in the development of MQA, the need for DRM was a real possibility - hence the work which led to the patent application - but that the studios had subsequently “got over DRM”. The technology described into the patent was not implemented in MQA.

No one denies the existence of the patent app. I believe what Richard told me, but I can’t force you to believe it.

Believe what you will.