I know there’s another post about this already, but it was closed with no real resolution.
Just because someone compared them once doesn’t mean that Roon needs to display this. It’s obviously not the way it should be. 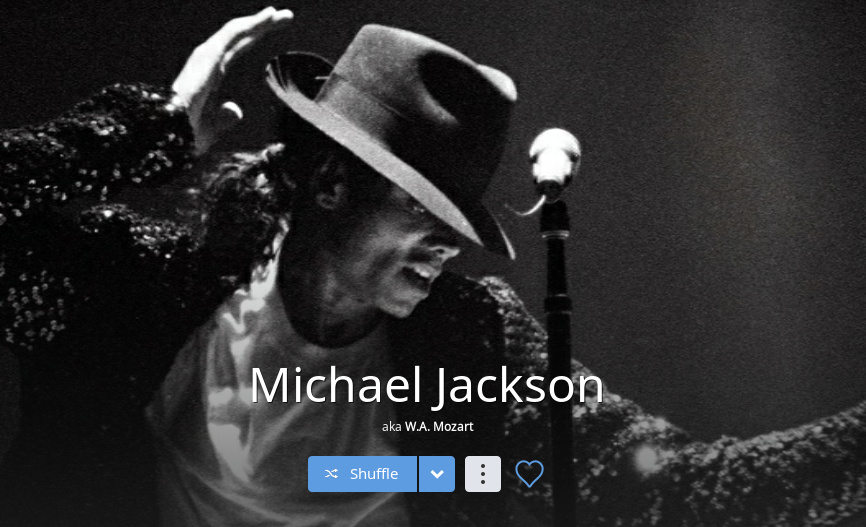 We’ll have to accept this as it is I believe. Circumventing some contractual obligations M. Jackson indeed provided original material under the pseudonym W.A. Mozart. So technically this is not wrong. Even so no explanation is provided where the a.k.a. originates from - something which should get considered. Because - as I stated here before - it seems odd.

I’ve always liked Mozart’s “Yellow Submarine” better than Beethoven’s “Carmina Burana”. To put it in the words of Charles Dickens: “What’s in a name? That which we call a hose - by any other name would smell like rubber…”

Still a pet peeve of mine. If there’s no link, no further information about these tidbits, why are they given such prominence? Tuck them in with the rest of the obscure metadata.

@anon47919701, I did not know that. I guess this puts it in a gray area.
When I look at the aka of let’s say Paul McCartney, I’m fine with it, because those are names he made up for himself, almost a hobby of his (btw I would expect seeing The Fireman there as well).