Missing or Inconsistent treatment of Compositions and Composers 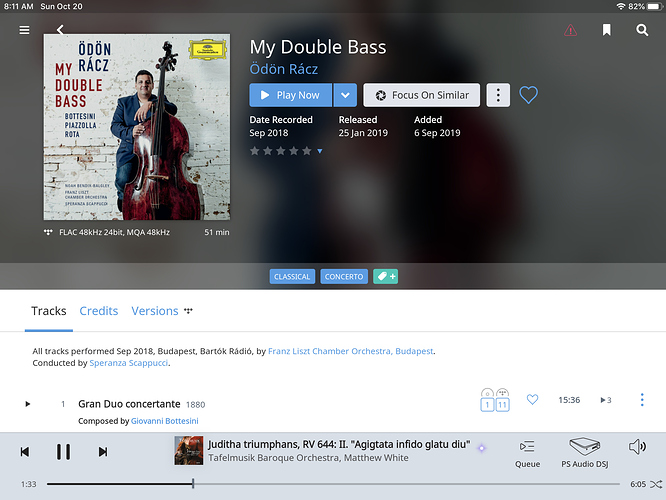 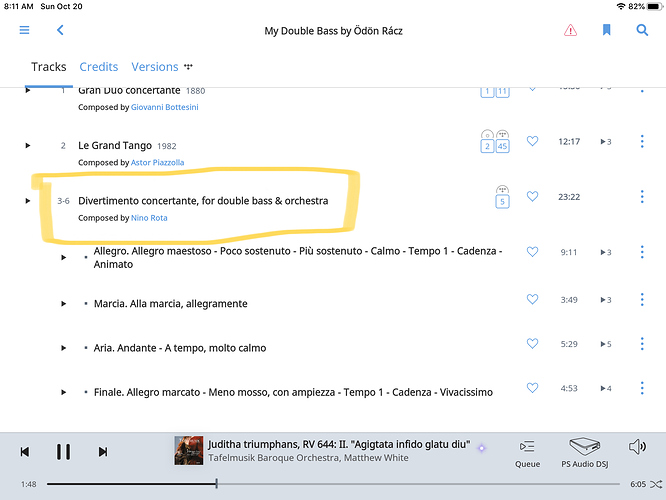 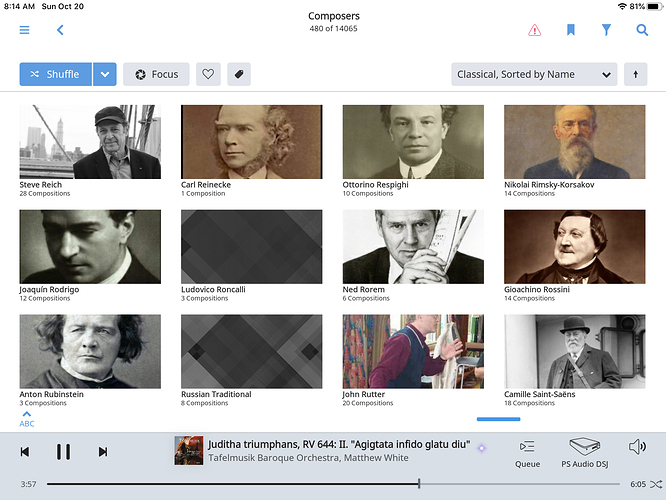 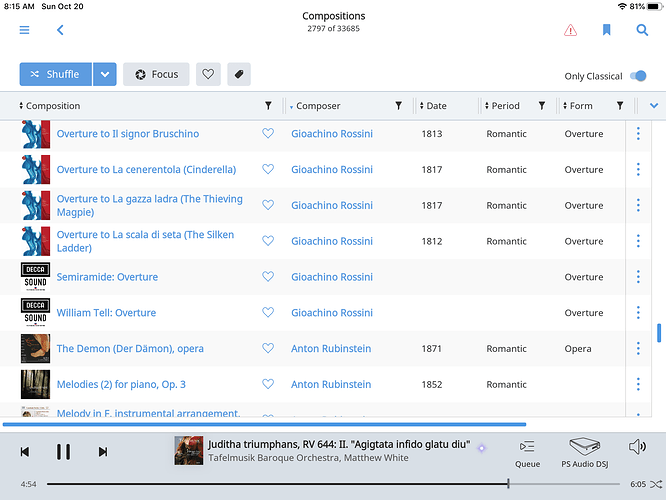 I feel that I might be missing a bunch of my music, when Focusing, and hoping it will be a simple fix or misunderstand on my part.

Very grateful for your help.

Now, we can argue as to whether Rota should be considered a classical composer or not (and certainly I think there’s a case to be made - he wrote 10 operas and composed 5 ballets…), but for the moment, Roon does not consider him to be “Classical”.

Thanks - this is quite clear.

Of course, it begs the question of why ROON’s metadata doesn’t or couldn’t see him as a Classical composer. What information triggers whether someone is considered a classical v non-classical composer?

Simple answer: I don’t know. It may come from Roon’s metadata sources, or be something that Roon decides for itself. @joel, @vova, can you help?

I would extend that question of where the info is picked up but also why a composer with Rota’s body of work would not default to Classical.

This might help the community understand if others (composers) would be at risk of non inclusion into the classical defaults.

I have just noticed that my Nino Rota is everything under the sun as a performer (including Classical, Film Scores, Stage & Screen etc.). But no tags at all as a composer. Personally I associate him more with Film Scores (Godfather) but I hadn’t noticed before that in my roon anyway he has no composer tags at all, Classical or otherwise.

Right now, based on the information we have on this composer, they do not meet the criteria that determines whether the composer is considered Classical or not. We have some ideas about how we might improve this in these cases in the future, but we don’t have any timeframes for when such a change might be made.

Thanks for taking the time to reply. What is the criteria that determines if one is a “classical” composer?

Below I have attached two more screen shots where ROON’s metadata is not recognizing composers as “Classical.” Yet, their body of work is classical.

I understanding addressing this is not the priority at the moment. To make ROON the best Classical music manager - the best manager possible, I do hope you will assign some resources to fix. It does appear an error to me. 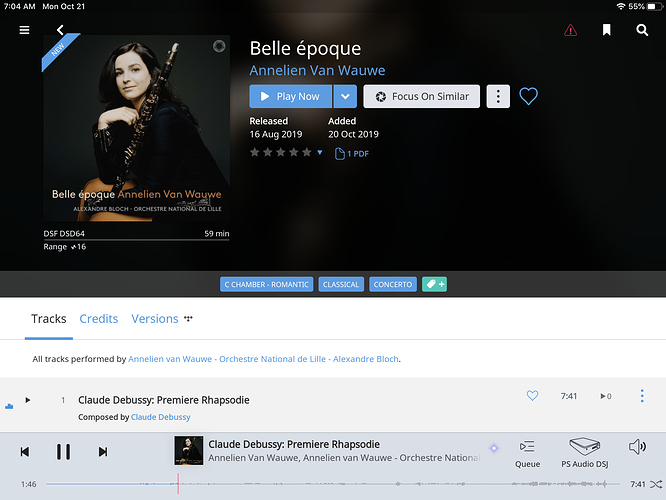 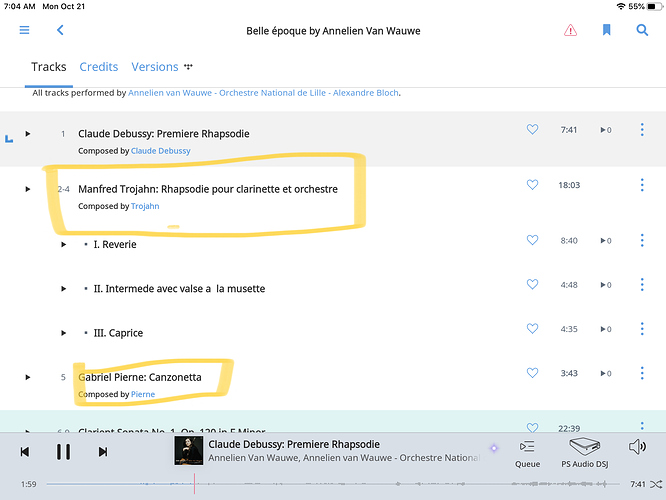 I notice that both the composers you have ringed in your screenshot have only their surname displayed.

This is most odd, because my Roon knows their full names and compositions, even though I don’t have any works by either of them in my library at the moment.

Are you using file tags for these composers? If so, try using their full names in the tags to help Roon make a full identification.

I cannot make head nor tail of any of this. As far as I can see none of my Classical composers have any tags at all. I only get them if they also have a performer button (in which case I get the tags including “Classical” under the performer button). I assume this is not what others see and it has something to do with my settings I don’t understand?

You prompted me to look at this again and i made some discovery.

Firstly, i am not working with tags. The Album is imported from Tidal and i have done nothing more hoping it would set up nicely. Now - some new info:

I am not really complaining here (more a little disappointed), but thinking if this could all be cleaned - where composers were better recognized and all the info on Period, Form, etc could be filled… it would take our classical library access experience to a new level, which i think ROON would strive to do as THE innovator in the field.

Hello, @hshrader, I wonder whether, when you first imported the album, you had tried to fix the lack of composition data for the Trojahn tracks? I say that because when I load the album from Tidal, I see no composer metadata.

Now, if you did not already have Trojahn in your library, you would have needed to creat him. Unfortunately, Roon doesn’t match such user created artists with those of the wider world - a shortcoming.

One solution is add an album which includes the well known Trojahn first, in which case Roon will know about him when you edit the tracks of the Van Wauwe album. Alternatively, adding such an album afterwards, you could Merge the two Trojahn references.

Interesting idea! I wonder if there is a Tidal album on which ROON would recognize Torjahn the classical composer… That probably would do the trick. However, from Dylen’s note, i am thinking that the ROON Database doesn’t qualify him as a classical composer, at all.

When originally imported, i attempted no fixes. I only began to fool with it when i saw that he was missing as a composer.

There’s a String Quartets by Manfred Trojahn album, performed by Henschel Quartet. I think that should work for you.

I tried, but the album has NO composer info embedded at all! Go figure…

Hmm, if I edit >identify the String Quartets album, and choose the second offering, then I do get the composer, but not with the first choice. Oh well.

That did it! So interesting…and a novel work around.

Many thanks - will keep in mind for other cases like this.

Glad you got there in the end. Now enjoy the music!