Hi has anybody managed to get ROCK to run on an X300 Asrock mini pc. I did some trials with a windows installation and it sounded fantastic (4750g apu)… a Linux optomised core would really be the icing on the cake. I think David Joplin managed to get it working… I am hoping somebody has really managed to shake Linux down to make a decent … build that allows the fundamentals to work such as ethernet etc…

Are you talking about Rock or roon server on top of a Linux build?

ROCK is a bespoke Linux build for Roon designed for Intel NUC through to 10 family (currently 11 is UEFI-only and ROCK requires legacy boot.)

It may work on other hardware, but there’s a possibility that the kernel will lack device-specific drivers.

I don’t believe it has to do with the CPU, but rather ROCK is optimized for the entire system (CPU, memory, video controller, network and USB I/O, and motherboard) designed around the Intel NUC platform and chipsets. Not saying a Ryzen solution would not work (I have run a Core on a Ryzen system using Windows 10 and 11), but that ROCK really is designed for the Intel NUC ecosystem.

I think USB and network are areas that may not work. Search the forum for MOCK as this is where people post about non-NUC use of ROCK.

The issue is ROCK is an OS designed specifically for Intel NUCs. It will load on most X86 based hardware but if drivers for ancillaries are not present they won’t work. Things like audio drivers may not matter, but network drivers obviously do. Also, hardware needs to be legacy boot capable (at present) and manufacturers are moving to UEFI only boot capability. The answer is try it and see. If ROCK doesn’t work you are still OK because you can still load Roon Server on a headless Linux build, and that should be designed to work on a much wider range of hardware.

If you’re new to Linux, start with Ubuntu Server (20.04.3) and go for the minimal installation only. In my experience, the Ubuntu team has spent a lot of time optimizing and as a consequence it performs better than other popular releases. Also, IMO avoid a rolling release for servers.

I had it running on the exact hardware you’re speaking of: ASRock DeskMini X300 w/ Ryzen 4750G processor. Worked out the box. Unfortunately the motherboard since failed so it’s out for RMA.

Today I’m building an ASRock DeskMeet X300 with the same CPU and 32GB RAM. Will be installing Clear Linux though as it’s going to be nothing more than a dedicated Roon server and when the DeskMini is replaced I’ll simply me moving the SSD to it and repurposing the DeskMeet as my desktop PC. ROCK is only good for an appliance, it doesn’t support NFS and you should be aware it’ll format the drives you install, so adding drives with content is not an option. Clear Linux would be a good choice for Roon server, with the ability to include NFS and other bits and bobs you may want to use.

It’ll be interesting to see how you get Roon Server running since this is an immutable OS. I had to make a few tweaks on Fedora to get Roon working and that isn’t so restrictive ad Clear.

I got as far as assembling the DeskMini and installing their server build last night. I’ll attempt the codec and roonserver install this afternoon.

I’ve not checked, but it appears to have tightly defned config rather than being immutable. The first thing that I changed was relaxing passsword length and complexity for the time being whilst I experiment with it. 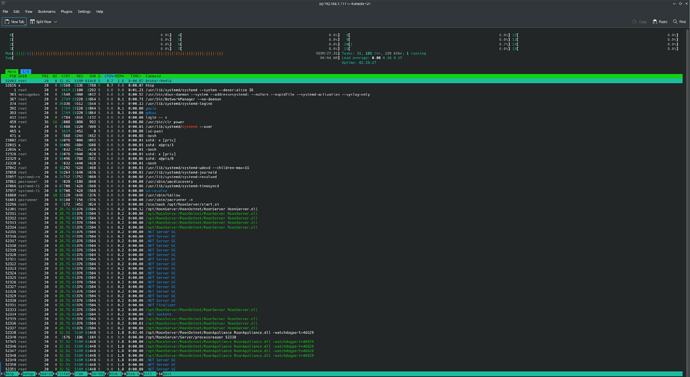