I expect only a few subscribers across their customer base are bothered at all. Most probably don’t stream 2L and those that do most will like MQA as it is the format of choice from the producers.
Just my thoughts, no stats available

That is an impossibly high bar. It means even Roon fails that test as does just about any software or app. What defines a premium provider is how they deal with problems.

@danny2 this is proven to be a global issue. The number of US employees is irrelevant.

And the problem here is people characterise MQA files as some sort of aberration or fault. In this case they are simply FLAC files that will pass any quality control check for FLAC. What is being proposed is testing every single file to confirm it has no MQA content and identifying it if it has. It wasn’t so long ago Roon itself wasn’t able to identify MQA and display that fact on the icon. It seems to me Qobuz have run into a similar issue and are going through the same pain Roon did.

I don’t think it is a big deal b/c 2L is a tiny fraction of the catalog. The “CD” files in question are probably max a few dozen albums, some of which also are available in actual hi res.
Roon and Qobuz are in a different situation, as Roon implemented the “first unfold” in it’s software, something Qobuz says it isn’t doing. So Qobuz needs an alternate way to identify MQA.
Just a minor correction: in almost all cases, the choice of using MQA is a record company choice, not the choice of the musical artists, producers, or engineers who made the album. 2L is an atypical exception, as it is a tiny label where the producers and engineers are the record company.

Qobuz says it isn’t doing ? Qobuz is a very small structure and probably does not have the resources to implement MQA, just see the status of the Carplay application and the database. In addition, their criterion for existing on the market is HiRes streaming, which does not prevent the broadcast of remastering of old recordings which in any case do not have the real sound information of the HiRes.

Once they know what MQA they have on their books let’s see what tier they put it in.

Anything more than their “Premium” lossy tier would be less than honest. Qobuz is supporting MQA. They don’t have to stream it - they can explain their market hi res strategy and refuse to accept MQA.

I am sorry but this is not theoretical.
I have album Magnificat in my library on Qobuz and Tiidal. I designated Qobuz version (192/24) as primary https://open.qobuz.com/album/7041888519621. When I checked the path I found MQA decoding in the path, and my DAC was using 88.2. Then I removed the Tidal version from Tidal favorites and restarted Roon core.
I did not see the Tidal version anymore in Roon, but to my surprise the sound path did not change, it was MQA in it, and the DAC was using 88.2.
Then I opened Quobuz player and played it there: my DAC was showing 192/24. I checked with different DAC (Xonar), the same results.
There are only two options here and I am pretty open minded:

So which one it is? Can you also explain how a user can completely disable MQA support for a zone.

I edited this note with correction: I added other 192/24 album from Qobuz, it plays 192/24.
So I take back the second option and offer my apology. I am very happy with Roon and would be a difficult decision for me if the option 2 was true.
Still do not know why the Magnificat album is played with MQA in the path where it should not be. But it could be peculiarity of this particular CD.

As has been said, the 2L Label is supplying material in MQA-CD format to the streaming services:

This has apparently come as a surprise to Qobuz who thought the material was standard hi-res and marked it as such (192/24). The Roon software is able to see that it is MQA, and kicks in the appropriate unfolding.

From what Danny has said, it would appear that Qobuz and Roon Labs are in discussion about how to deal with the issue.

Also Morten Lindberg who produces the 2L music, has, as I understand it, decided that MQA is the best sound. That is an artistic decision.

2L decided to go MQA according to the CEO and all they are releasing to streaming services is MQA. This also may apply to current and future pressed CDs. Since, they have taken down their own storefront, you can find legacy non-MQA high definition files for sale at HDTracks, ProStudioMasters. Not sure how long those will last.

The signal path playback in Roon is telling you the truth of the actual file. Everything else is just labeling. I have found a couple of files sold to me as PCM flac that are actually unmarked MQA files.

Stupid question but are you using a DAC that supports 192/24? Because I checked with two DACs and the Qobuz version plays as it should in Qobuz player.

I’m using a DAC which supports 32/384. But, it could be due to regional differences and Qobuz is just behind the curve in labeling its web pages.

Morten Lindberg has NOT decided that MQA is the best sound. 2L is still selling native DXD & DSD albums. Only for streaming he is delivering MQA-CD in stead of Red book CD.
Without informing anybody and make it visible in one way or another.
Dirk

To quote the great man we have this

. “When I listen to 2L recordings that have received the MQA treatment, the experience activates strong emotional sonic triggers within me. For me, MQA brings back the magic!” says Morten.

Again, he can do and like what he wants but he is withholding deliberately important information to potential customers.
Not a great man in my book ( and I refrain to write how I call somebody like him when I meet face to face)
Dirk

Interesting development at Qobuz (not for the better) 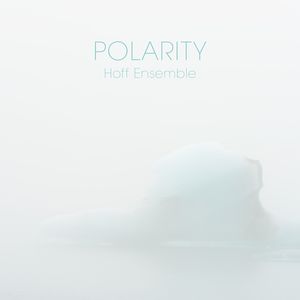 We’re happy to announce that our 2L catalogue is now complete and up-to-date with the Qobuz Music service, streaming the full 24-bit MQA from our original production sample rate. The Qobuz application plays core sample rate at 24-bit resolution. Audirvana, SonicStudio Amarra or Roon Labs will provide the first unfold to 88.2/96kHz in software. Consumers with an MQA enabled DAC will enjoy our original sample rate. For the majority of our albums that would be 352.8kHz.

Our files offered for purchase in the download section of Qobuz is the same MQA files as in the streaming service.

The music captured by 2L features Norwegian composers and performers and an international repertoire reflected in the Nordic atmosphere. The immersive recordings not only transform the entire listening experience, but also - more radically - these innovative recordings overturn some very basic concepts regarding how music is composed and performed. 2L emphasize immersive audio with Pure Audio Blu-ray and HiRes file distribution, and have garnered no less than 36 American GRAMMY nominations, 28 of these in craft categories Best Engineered Album, Best Surround Sound Album and Producer of the Year. This year the album LUX won the Recording Academy / GRAMMYs for Best Immersive Audio.

The beauty of the recording arts is that there is no fixed formula and no blueprint. It all comes out of the music. Every project starts out by digging into the score and talking with the composer, if contemporary, and the musicians. It is not our task as producers and engineers to try to re-create a concert situation with all its commercial limitations. On the contrary; we should make the ideal out of the recording medium and create the strongest illusion, the sonic experience that emotionally moves the listener to a better place.

2L record in spacious acoustic venues: large concert halls, churches and cathedrals. This is actually where we can make the most intimate recordings. The qualities we seek in large rooms are not necessarily a big reverb, but openness due to the absence of close reflecting walls. Making an ambient and beautiful recording is the way of least resistance. Searching the fine edge between direct contact and openness - that’s the real challenge! A really good recording should be able to bodily move the listener. This core quality of audio production is made by choosing the right venue for the repertoire, and by balancing the image in the placement of microphones and musicians relative to each other in that venue.

There is no method available today to reproduce the exact perception of attending a live performance. That leaves us with the art of illusion when it comes to recording music. As recording engineers and producers we need to do exactly the same as any good musician: interpret the music and the composer’s intentions and adapt to the media where we perform. Immersive Audio is a completely new conception of the musical experience. Recorded music is no longer a matter of a fixed one- or two-dimensional setting, but rather a three-dimensional enveloping situation. Immersive Audio is a sculpture that you can literally move around and relate to spatially; surrounded by music you can move about in the aural space and choose angles, vantage points and positions. Rather than reproducing a concert situation we consider the Recording Art a discipline on its own. It gives us the possibility to place the listener in an ideal position and become an actual party to the event. Thru a dedicated production of the music we can maximize energy, reveal all the small nuances and avoid disturbing distractions. The emotional impact can be made massive. The conductor’s position is the seat no audience can afford — until now with these dedicated recordings.

Bill Withers has died. His song, “Use Me,” was either playing in Roon or being hummed in my head every time I read the long threads arguing the merits of MQA.

This is pretty special 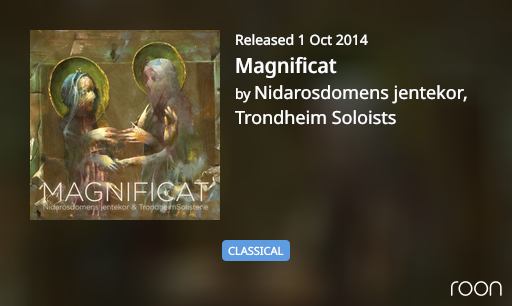 Thanks. Added… I will test this out on my MQA rendering Bel Canto e.One Stream.