Using Roon with my upgraded Prime, and all sorts of new lights coming on, including the 4x sampling light even though Roon recognises the file as a 24/44 recording. Sounds very good.

Working ‘fine’, or you’re blown away by the difference between MQA files and ‘standard’ files?

Working ‘fine’, or you’re blown away by the difference between MQA files and ‘standard’ files?

I don’t think I’ve ever used the term “blown away”, but if you want, yes, I’m blown away by MQA. It’s a great move forward, particularly for streaming.

Hahaha yes, I just wondered if it ‘working fine’ was just confirmation that it actually worked, or whether it was indicative of how impressed you were with MQA.

Sounds like you’re quite impressed. As one of the first few people that can experience it - care to share any initial impressions, comparing to non-MQA versions?

7 posts were merged into an existing topic: Tidal to launch MQA Hi-Res audio streaming in 2016

My Prime unit doesn’t show it, too. I can see the MQA LED (goes white) and the sampling Info LEDs only. I can’t see the blue/green LED light. But I have one of the very first PHA and I have heard that it should works in the same way as it works with the Explorer².
Have anyone the same experience?

Exact same issue here, the PHA MQA LED goes white but never green or blue. That experience occurred using JRIVER using ASIO connection. With Roon no luck to date. I tried both the ASIO and USB driver without any luck.

Ok a bit more fiddling today. I managed to get the PHA white MQA light with Roon using ASIO connection. I think I might have been using a non MQA file from the 2L Demo site. I downloaded a few different format so they a bit mixed up. 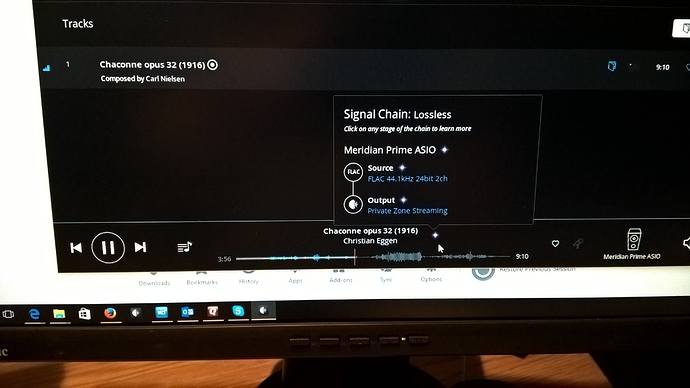 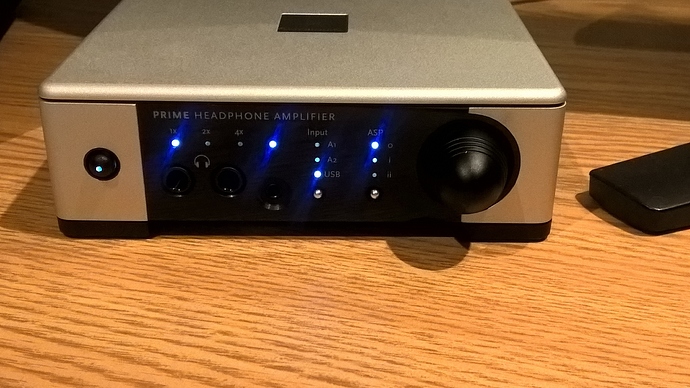 Here are my questions:

@velcro22
Hi,
I have a problem from time to time with Roon, too.
Try to restart PHA and than start Roon. I can play MQA with ASIO and WASAPI (exclusive mode). Mr. Lindberg from 2L told me that the PHA MQA LED should goes blue or green. He knows/use PHA and he knows it for sure.
I’ve asked Meridian support and MQA at info@mqa.co.uk and I’m waiting for the answer. I think you should do the same.

Thanks outstanding, the restart might have done the trick. (see my post above) Will send a note to both as well.

When the PrimeHA was first released, the 4th white LED was the only indication that MQA material is being decoded and played-back. On the later (current) version, they use the same indicator LED as the Explorer² (blue/green).

Hum, do you know when approx they switch to the blue/green combination? My box is a month old…before I blow a gasket!

Good to know that it can be improved upon but I’ll hold off on any of that until I see how it sounds against my current headphone/amp dac (Audio-Technica AT-DHA3000). The Explorer2 is just supposed to be a temp replacement until I get it fixed. Think if I really like the sound, I’d sell my current amp/dac (after it’s fixed) and get the Prime instead. But is Prime worth it if just using 48ohm headphones (AT L3000)? That would be it’s only use.

Back on topic, if I play MQA files thru Roon, will it decode as MQA thru the Explorer2? I can download all the test files from 2L and tag them MQA. I know if I run thru HQPlayer, it will lose the MQA part but Roon makes it easy to chose output and send direct to dac.

I am also going to assume that Roon will be able to stream Tidal’s MQA feed once it’s officially ready since I see Amarra for Tidal already has a MQA setting (even though it’s not active yet). I don’t think there are any issues with players just passing Tidal’s bit perfect MQA stream thru. It’s whether any software players will be allowed to decode it and allow the hi-res version for non-MQA players.

Edit: downloaded all the test tracks and put them in their own MQA folder and then did a focus on just that folder. And yes, these tracks still sound great with a non-MQA dac.

[quote=“Mike_Scheinkman, post:232, topic:88”]
Back on topic, if I play MQA files thru Roon, will it decode as MQA thru the Explorer2?[/quote]
Yes because Roon plays bit perfect. I imagine that you must disable the volume control so that the data is truly unchanged (ie bit perfect!).

I can download all the test files from 2L and tag them MQA. I know if I run thru HQPlayer, it will lose the MQA part but Roon makes it easy to chose output and send direct to dac.

I am also going to assume that Roon will be able to stream Tidal’s MQA feed once it’s officially ready since I see Amarra for Tidal already has a MQA setting (even though it’s not active yet). I don’t think there are any issues with players just passing Tidal’s bit perfect MQA stream thru. It’s whether any software players will be allowed to decode it and allow the hi-res version for non-MQA players.

Same - bit perfect will mean MQA can be decoded in your DAC.

Apologies, but do you have any news regarding whether Roon will be allowed to decode MQA files, and output a 24/96 file to our DACs (or in my case my Meridian end point)?

I’m very conscious that I “believe” that we were told during the middle of 2015 that Roon would be capable of that. Now I appreciate that the finals of MQA may be in a state of flux and that things could have changed since last year.
Either way, MQA decoding was a primary factor for me going with Roon. If that doesn’t happen,I’ll be going back to Sooloos and will re-purchase an MC200 for that purpose.

No news… believe me, if there is news, you will know it.

Even TIDAL made an announcement for MQA, but nothing public yet.

Just noting that in the Tidal/MQA thread Pal Bratelund noted that he would be breaking a whole bunch of non-disclosure agreements if he commented about whether software decoding will be allowed:

[quote=“palbratelund, post:293, topic:5408”] 1- Right now it’s just exclusive mode/wasapi yes and whenever there’s MQA content it will pass this off to external decoding on hardware. But a decoder can of course also live in software. Unfolding and rendering can of course happen in application as well. Right now it doesn’t.[/quote] Do you have any info on whether MQA has decided to allow software decoding? [quote] 2- To give users control. Some people would like to have this limited on some d…

I suspect that the Roon devs are arguing strongly that Roon should be licenced to support full software decoding because it knows what DACs people have and there appears to be no insurmountable technical barrier to implementing it. Others (let’s call them “the Forces of Evil” for convenience) may be contending for commercial reasons that full software decoding will cannibalise licence fees from MQA DAC manufacturers and should not be permitted. I don’t know whether the fact that this debate seems to be continuing is a good thing or a bad thing.

The above is just my guess. I have not communicated with the devs about this at all and know no more (and probably less) than anyone else.

We know Roon can already pass MQA files thru to be decoded by a MQA dac.

We have not confirmed that Roon with pass thru Tidal’s Master setting, which streams MQA. Currently this is not the case. Or whether they will give option to choose between HIFI and Master for those who do not want anything to do with MQA.

We don’t know if Roon will have an MQA indicator, like Tidal does, when pass MQA files thru.

We don’t know if Roon, or even Tidal, will software decode MQA files at some point.

The rest of the discussion should be general MQA debate in another thread.