I agree that music and the way we listen to it now is vastly better in quality, convenience and affordability than it was 10 years ago.

But that doesn’t mean that we shouldn’t be angry about a company lying about their product for which people are paying.

If a car manufacturer advertised a car as ‘turbocharged’ but sealed the hood so no one could check the engine. And when someone managed to find out later that it never had a turbo in it, would you be angry that they’d lied about the product being sold?

Or would you say that people shouldn’t bicker and quibble because cars are so much better now than they were 10 years ago anyway and so you shouldn’t be upset about being sold something based on a lie.

It is a great time for music listeners yes, but people still have every right to be angry about false advertising.

I asked for my coffee with sugar. It turned out that whilst it was sweet, it just didn’t seem right. They said it was sugary and that I should be happy. It transpired that they had used saccharine…

Stop, your making too much sense!

I’ll believe him if he showed data of ALL files (16/44.1) are like this (MQA infected). I mean if you do an analysis you should put up numbers.

I’m an Australia TIDAL user. I am on the Master Tier and went into the Roon services TIDAL settings and selected HiFi instead of Master.

This is an MQA album that I am listening to: 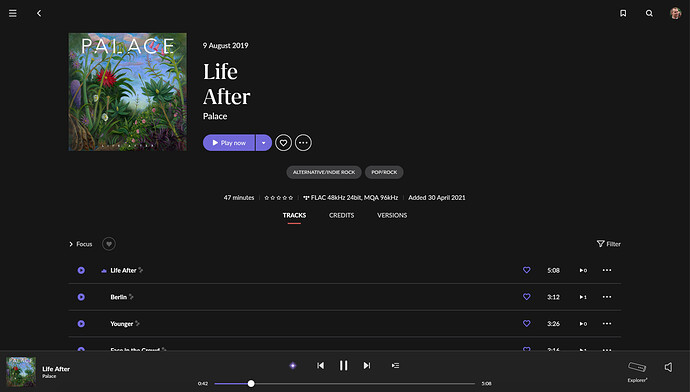 With TIDAL HIFi selected this is what the signal path shows: 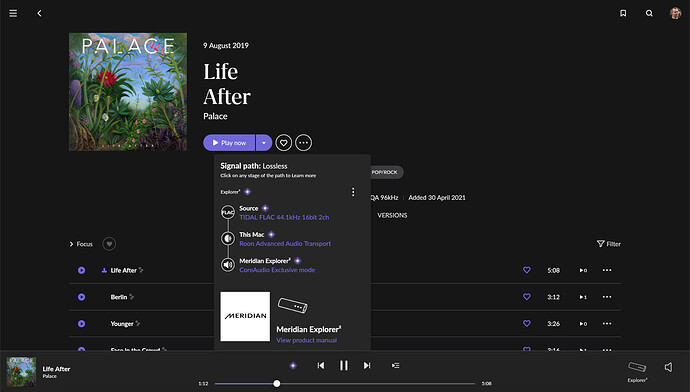 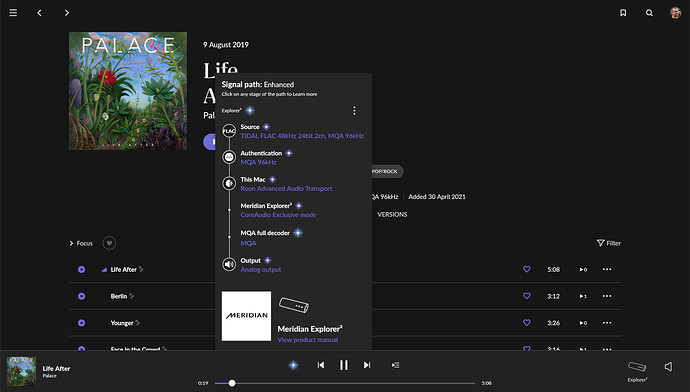 Sorry if this information has already been posted further up the thread, I didn’t want to read the last twenty or so posts. I also tried the same with an MQA 192kHz album by Coldplay. The effect was the same.

You’re still getting a clipped MQA stream when it is showing “TIDAL FLAC 44.1kHz 16bit 2ch”.

In this link, Tidal “HiFi Plus” Introduced - #16 by Terry_Stone, read the post and the one immediately following the findings I published that @wklie was kind enough to explain. That should marry with what you’re seeing.

There are further tests ongoing to try to get a definitive position for the new Tidal hi-fi tier, but essentially, you’ll not be getting what many people had hoped for or thought they might be buying.

It’s starting to become moot now for people like us in Oz as Qobuz has launched and is offering std and hi-res PCM.

You have an Australian account that can be tested?

I’ll be honest I don’t really care. I use TIDAL for music discovery and then I will purchase an album that I like in the the best possible format I can get. I don’t particularly care about the format unless the album sounds rubbish to my ears. I don’t have time to worry about this kind of thing now that I am in my fifties, I’d rather just enjoy my limited time on this planet.

I just thought that the information may be of some use, if it isn’t then the moderators can delete my post.

I don’t have a Tidal account anymore. The tests were done by a user from stereo.net.au that I worked with to get to the bottom of this. I gave suggestions of tracks to try based on my familiarity of what formats I knew were solely mqa on Tidal (and ultimately part of the reason I terminated my account due to lack of choice).

If there is no Hifi 16/44.1 equivalent of the album then it is likely you get the CD quality of the MQA (96kHz and higher) source when you set it to HiFi setting.

This is in line with my expectation. The MQA 96kHz won’t activate MQA decoding because by having (I assumed) Tidal resampling it to 44.1kHz for 16/44.1 delivery destroys all MQA signalling. This does not mean you’re getting a non-MQA processed album. If it was a MQA album in the first place, by paying less or forcing the quality to be 16/44.1 it is only decreasing the quality. 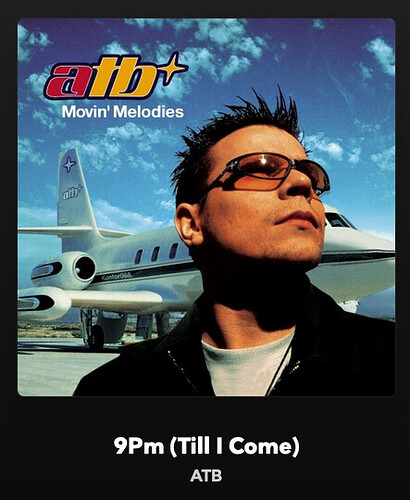 I also tried the same with an MQA 192kHz album by Coldplay. The effect was the same.

Now that you’ve tried the 48kHz multiples, try the 44.1kHz multiples MQA instead, e.g. Magnificat album above, or other 2L albums. Check the signal paths.

It’s only logical you get the 16/44.1 MQA when you streamed a “Tidal Master” album and you set the setting to HiFi and there is no 16/44.1 Plain PCM available as a separate album.

You are basically telling the server to give me the CD Quality of this “Tidal Master” album, or in other words I want to listen to the undecoded version of the album because you set the setting to HiFi only.

This is all academic when the debate was whether Hi-Fi tier subscribers were going to get lossless 44.1/16 PCM as the tier itself has been marketed as lossless. And it isn’t. So the user is not getting the choice they thought they were and all because the PCMs are gradually being removed by Tidal.

This is not a sound quality consideration, and neither should it be. It’s a consumer question and one that has grave implications on consumer choice and innovation across the future of the industry.

All else is moot.

the debate was whether Hi-Fi tier subscribers were going to get lossless 44.1/16 PCM

If a car manufacturer advertised a car as ‘turbocharged’ but sealed the hood so no one could check the engine. And when someone managed to find out later that it never had a turbo in it, would you be angry that they’d lied about the product being sold?

Porsche sell the Taycan Turbo S. It is fully electric and does not have a turbo.

Look, if people are that aggrieved, why not make a legal challenge? [Moderated]

Off topic, but I looked at the Porsche site and got pretty excited by the “Build your own” section before realising I’d taken it far too literally…

why not make a legal challenge?

It might indeed be entertaining and I’d guess it’s far from cut and dried. MQA’s position has moved from “lossless” to “audibly lossless” while still maintaining “use your ears to hear the difference”. If there’s an audible difference and MQA is formally “lossy”, (it is) then it might be interesting to see where the legal chips fall…