I just checked and it is on the Roon Ready site now, it was not there last time I looked

I totally agree is great out of the box solution. I just don’t understand why they didn’t made a stand alone streamer only for DSD512. I currently have both ZS and NEO iDSD. It works great for DSD256, but can’t get DSD512x48 for the NEO, so I’m using a Rpi4 as NAA with iPurifier3 and the iPower2 on it. As you mentioned the “upgrades” @Michael_Harris

The current streamers Rock chip seems to have no head room left, so my guess is (and only a guess) that a big investment was required to get to the next level, though they could have built it on a Pi and created a whole new ecosystem.
Now that would have been very cool (for us user’s at least)

Wouldn’t touch any product from this company again,there software is a joke

Right, but the documentation and opening possibilities have always been limited by iFi Audio.
Have you ever upgraded via the USB-C socket which is designed for this purpose ??
If this possibility had been detailed as well as the possibility to boot via this socket, some people might have participated in the upgrade.

Have you ever upgraded via the USB-C socket which is designed for this purpose ??

No I have always used the /dev url and got the betas, I am not aware of them releasing the downloads publicly.
They have restricted this device, but I think partly it is due to the lack of headroom for the Rock chip (but that might be way off). A high quality open device that could run different OS’s on it with multiple inputs and outputs would be awesome, but I do not think this would be of much interest to iFi, more to us geeks in the forums

We do not yet have precise information on the daughterboard used in the Neo Stream. If it is compatible with the Zen Stream’s motherboard, iFi audio has all the cards in hand to offer a ZS V2.

They have the hardware, the device tree and can easily make an update.

Still if the daughterboard is compatible, they could simply offer a kit… I made a dream.

I’m going to have another coffee.

[EDIT]
Finally, according to the iFi audio website, these are the same cards. 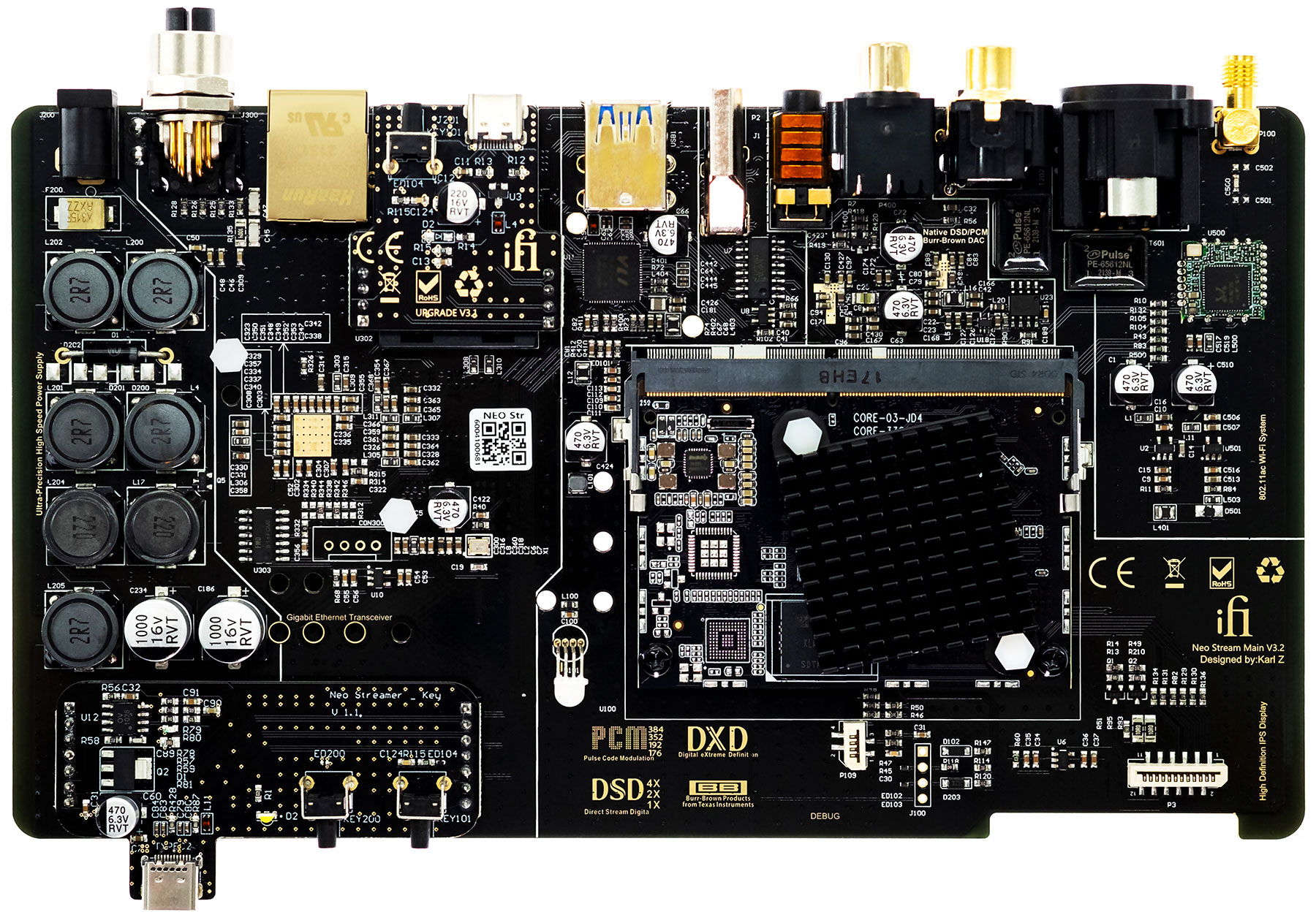 I recently “factory reset” one of my Zen Streams so to trigger an update.
It didn’t go well. The device gets an IP and opens a few ports, none useful for login.

I opened a help ticket.
I had to follow through their tests as asked, but they gave a RMA with little other hassles.

Hey Paul, just check that you don’t have it set to Roon only mode(or another non AIO mode) as I made that mistake recently and was wondering why I could not get on to try a beta update (that I found out I already had… )

Of course it could just be me

Aw man I only tried drinking rum and reading chicken bones while I spun around counter clockwise.

It is my postal carriers nightmare now.

Hi guys I have the Zenstream and I am stuck on software 2.29.7. I tried to upgrade the software, but it just gets stuck on 40%. I have already tried factory resetting, but it still doesn’t work. There’s a usbc port on the back that is used for system upgrades, is there a way I can upgrade system using that option? If so, how? My chain is Roon core on Mac–> ethernet connect to Wireless Access Point–>ethernet connect to Zenstream. I am pretty sure my internet is fast enough, so it probably isn’t a network issue.Thank you!

To continue with the description of the Zen hardware (and comparison with the Neo stream).
Here is what the “lshw” command does (after installing the package).

Hi try the iFi.local/dev url as someone else got that to work previously. Enable developer mode and then try the update.

The Dev is actually the latest version of the software

Stef are you saying that it uses the same Rock chip and streaming board and therefore will also be stuck on 4.4 kernel forever.

Pretty disappointing, even if it doesn’t stop it doing its job and sounding great.

No, I’m not saying that and I don’t want to give information in place of iFi audio, especially without knowing the context.
I don’t have a Neo, but the idea is to encourage an owner to do the same research to compare the kernel and the motherboard.
If with the same card, the NEO benefits from a more recent kernel opening the possibility of PCM 768 / DSD 256, surprising that there is no upgrade for the Zen Stream.
Or simply, it’s not the same hardware… and we’re waiting for a Zen Stream V2

Thanks Stef I mis understood what you had said.

Given the lack of headroom on the Rock Chip I do not see how it can get to DSD256 and PCM 768.
I have been waiting for some deep dives but have not yet seen anything at all.

And I was wrong, for the NEO, it’s PCM 768 and DSD 512 unlike the Zen.
The problem is not about hardware capabilities. I think the card is powerful enough and Zen’s peripherals, too.
I could of course be wrong. The problem for me is simply a more optimized kernel and software environment. It surprises me that for the NEO, they decide to release a product 2 years after the Zen with the same platform.
No more third party software is developed for a Debian Jessie… software and libraries. It’s going to be hard to support if the environment continues to evolve (Tidal, Spotify, Roon, etc).
On Zen the NAA executable for HQPlayer is a version from 3 years ago (3.60 when the bullseye version is 4.2.5).

So, of course iFi audio is not going to upgrade a product released 2 years ago while they are in the middle of launching the NEO which costs 3 times as much.
Let’s wait, it would be a shame to force the hand of Zen users when most of them already have an updated dac or network.
For me, I have no interest in fibre. The Zen is out of the HQPlayer server with 1 meter of cable in direct IPV6 (and with only, a 7.5v power supply).
But out of respect for their customers, they could communicate a bit more clearly, especially after waving the “Open Source” banner.

Well I was not going to look at it until next year anyway, but I fully agree with what you have written.
Like I said before, it might still sound great but we know it is not optimised to the current world standards.