I’ve previously successfully loaded rock on this NUC , but on trying to reinstall I’m getting this sort of error message.

Any idea where I’m going wrong. 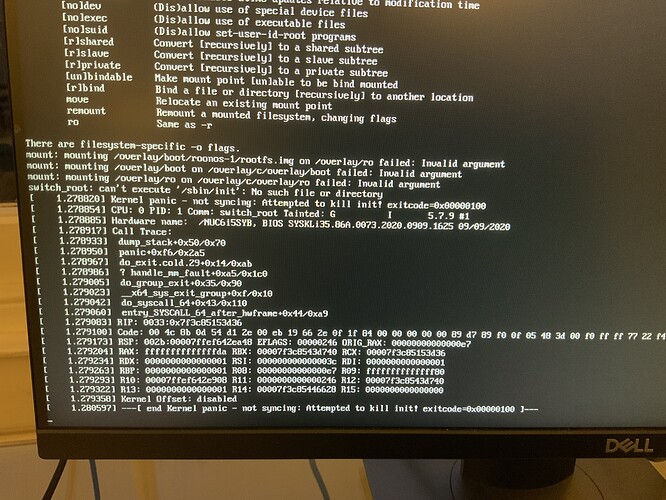 It looks like the bootloader is looking at the wrongg partition. Do you have more than one drive installed?

@Martin_Webster nailed it… you are probably booting from the wrong drive – you have 2 boot drives.

Thanks both. That was it. Removing one of the drives had it start first time.

Try typing rock.local in the browser. Does that work? And confirm the ROCK IP from the ROCK’s display. Is this on the same subnet as your PC? Are you using DHCP?

I can access the console , just not the data directory. It an SMB issue as I can’t even see the rock from file explorer. But I’ll get there

Had the same problem, see my post here for a possible solution: ROCK is ready, but some of the road was rocky - #2 by Gabriel