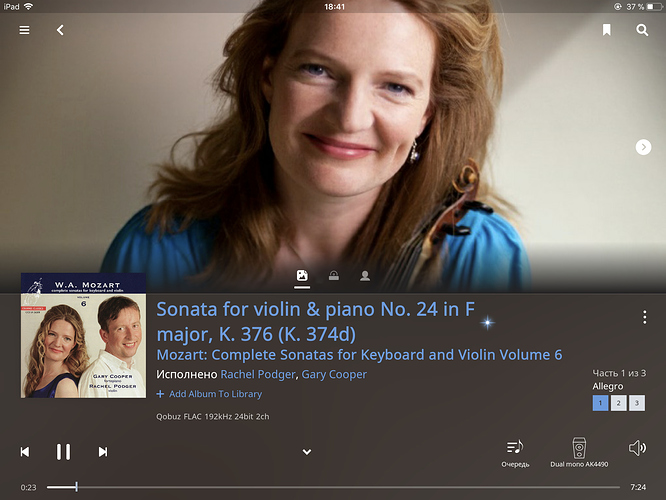 It’s from Qobuz. But my previous screenshot from my local library in DSD.
She’s reached the Russia too … 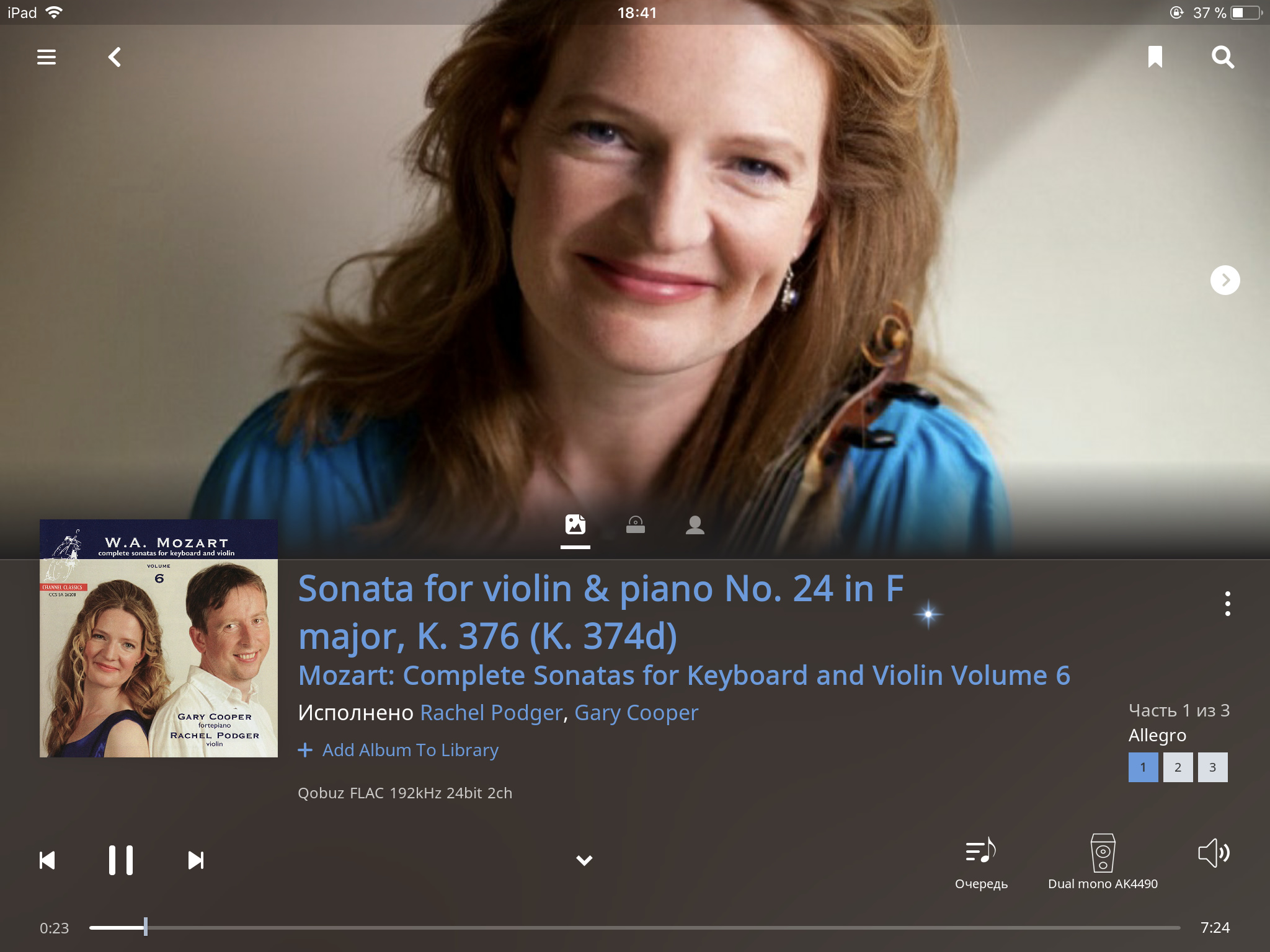 It’s from Qobuz. But my previous screenshot from my local library in DSD.
She’s reached the Russia too …

On Tidal In the UK, it seems that album is only available in lossy aac.

A win for Qobuz there.

Would be nice to have an A…Z index bar to navigate quickly to artists, albums etc starting with a specific letter. Talking about the iPhone Version. I cannot really use it now because it takes forever to scroll through the library. Is there a fix for this?

I believe it has been reported earlier in this thread. This is a regression from the previous release. I agree higher Qs than 10 are sometimes useful and should be possible, at least up to 20.

I first read this as “higher IQs” lol.

My review is on line: https://youtu.be/pAnqo-bRdTw

Thanks for requesting feedback. Here’s mine after a little use with the new version. I will edit/add to once I’ve spent some time with this.

It’s great to see a new release of my 2nd favourite evening companion (I’ll get kicked if I don’t put you guys 2nd) and when I became a lifer I hoped that the software would continue to develop and blossom as it surely doing. Anyway, here’s my 2c’s worth of armchair critiquing.

All testing done on big iPad Pro in dark mode:

A nice video from Hans Beekhuyzeen about Roon 1.6 where again he states at the end that he is independent.

Concerning Roon 1.6, something I am missing from the previous edition is the screen that would show a larger album cover which would automatically change to a new cover if the playlist changed. Now it stays on the old cover and you have to click on the now playing to get the new cover to display. This should be done automatically as the music changes.

This just happened to me.I was trying to see the values of a filter. Tried to scroll down using my laptop touchpad and ended up increasing the gain to distortion inducing levels.

+1 on this. Reallly struggled with using the parametric eq on the iPad. It’s very hard to scroll down through the page without changing one of the settings. If you scroll on the right you end up adjusting the headroom, and anywhere else you run the risk of changing the gain etc. And I can’t seem to find an easy way to return the eq to default once the settings have been inadvertently altered.

Congratulations to the Roon team for the 1.6 release. I can now playing Qobuz smoothly and enjoying the new features (not a single issue up to now). I can’t imagine to play my music without Roon. Keep working on the next updates and thanks for the work done up to now

2 posts were split to a new topic: Qobuz MQA Authentication?

6 posts were merged into an existing topic: Qobuz MQA Authentication?

This was my point exactly a few days ago.

Selecting the links now say…Oops! That page doesn’t exist or is private.

Reallly struggled with using the parametric eq on the iPad

We have some fixes coming for this too based on feedback. Thanks for letting us know @olchon (and @eclectic).

Roon can solve it by going back to the “now playing” applied in prior versions.

For some strange reason the changed gui was implemented…

I deleted some idle speculation

so it’s easy for people to find answers on this stuff (same reason a moderator split it out of this thread) but the meat of the post is still up, and we’re going to look into this.

I’m not sure this would to anyone…why clicking the queue button should reveal the album that you happen to be browsing (but only sometimes) and then the rest of the time it alternates between queue and now playing screens. When the latter happen the only way that I have now to get back to say, the albums page, or whatever else I was navigation is to use the back key which is super-clunky when it’s right over the other side of the screen (yes I know…lazy…but hey, it’s a big iPad).

I don’t see that.

On any page, including the Now Playing page and the Queue page (or a browser or an artist or another album or a search result), touch an album cover to go to the album.

Thanks for the update and all the hard work. For me, the Roon metadata update (v1.3 I think) was what I wanted. After that, the subsequent updates have been minor, at best, and have not really changed the way I use Roon. That’s OK.

I trialled Tidal but never got into it. I have purchased a number of downloads from Qobuz but have no interest in streaming from them. I guess I am an old-fashioned collector rather than a streamer. Anyways, the addition of Qobuz is a good thing. Roon would be left behind if it does not cater to those who like streaming. I don’t even notice that the Qobuz and Tidal options are there, so the developers have done a good job of hiding it for those who don’t want it.

I am not a great user of the “now playing” screen. I normally just hit “play” and listen. Curiosity got the better of me after all the waling and teeth-gnashing, so I had a look at it. I tend to agree with the comments - not the best UI. I understand that improvements are in the pipeline. Queue screen looks fine to me. It’s doing what I need it to do, and the access from the grey bar at the bottom of the album screen is intuitive for me.

Roon radio looks good. I think it is something I will use. I like the idea that it will gather information from others as well as myself to decide what to play. I can see myself making more use of the improved version, compared to what was available previously.