Besides Intel NUCs, there are a great many m-itx motherboards for a do-it-yourself system. I tend to build my own so that is what I do. There have emerged some boards which have a special USB connector which can be de-powered and has its logic voltage isolated from the rest of the motherboard. Also comes with a nice Coax s/pdif option as well. I’m thinking of dropping server 2012 on it to test the sonic difference between OSs.

The core can get heavy too, with all the background analysis, file importing (especially when your drives are fast, like SSDs), and doing anything to 384khz and DSD256 is heavy… We index and build stuff fast, but if you go slow on your Core, you will feel the pain.

JFYI, Roon on Windows is going to outperform Roon Mac or Linux box, assuming the hardware is identical. Roon is mostly build on the .NET framework, and we’ve seen that Microsoft’s implementation performs about 20% better than the Mono solution. This may not be the case in the future, especially with Microsoft opening up their runtime, but it is the case right now.

You can probably take the fastest fanless cpu you can find, run Windows + headless Roon on it, and have a pretty ultimate Roon box. I like the various fanless Core i5 NUC boxes

Combine that with the various hardware manufacturers releasing RoonSpeakers capable devices, and you have something that will have fully Roon, silent, and with audio quality that can’t be beat for your price range (no matter what it is).

Headless builds for Windows and Mac are going to alpha testing next week, released soon after. July is going to be a fun month for new Roon configurations.

Yep, there are several NUC manufacturers, not just Intel. I have deployed several at work as small server appliances and they are great for set it and forget headless operation.

Nice audiophile analysis. Disappointing that as far as I know there are no Naim or Arcam endpoints. Many people can’t afford or don’t want Meridian. The iOS app is a must to go forward.

We are working with many manufacturers you will be familiar with, not only Meridian. I have been more open with names in the past, but I’m being told to be less loose lipped.

We have an NDA with a few manufacturers, and I was not aware that even the fact that we were talking with the manufacturer was “private”. That led to me being scolded

The only reason we have Meridian so early is because of ancient history.

iOS on the way!

For me semi decent means ds415+ or better :).
And importing of large new set could be done offline as for most that will be a one off.
But agree that transcoding typically is a very heavy load.
Will be fun to test out and see in what setups what works.

Personally i think that information adds to the great community vibe!
Something about forgiveness and permission applies i guess.

You can by the way write nda’s any way you want, you could agree it is ok to share ie intention…
You ‘just’ need to agree that with the other party.

[quote=“danny, post:69, topic:976”]
This may not be the case in the future, especially with Microsoft opening up their runtime, but it is the case right now.
[/quote]Agreed, I doubt that’d be the case once transitioned to the m$ runtime.

Thanks Danny, looking forward to extending Roon around the house!

Comes with an i5, just add hard drive and memory and software. Bluetooth, Wifi, gigabyte ethernet and option to use coax spdif. I might get one of these just to play around with.

Also , don’t Meridian also do the Explorer 2 , for example , which is only about £200 and is also MQA compatible which could be handy later on ?

I have just built myself a nice little fan-less NUC i5 (1.6 Ghz Boadwell) in a new Tranquil PC case and I am trialling it as my core. The case gets really hot, but acting as the heatsink, I guess that is point of it.

The intention is to run as my Roon core, it will not have any other duties other than as the music server, so not even connected to any replay system directly. I want to run it headless, and currently use Remote Desktop to oversee things, with varying results. So your impending headless build is going to be a god-send, at the moment sometimes Roon refuses to start via RDP probably due to the inferior graphics setup within the remote connection, I get a message about insufficient GD_ARB_framebuffer_object (something to do with Open GL).

How are you intending that the headless Roon is managed, via Remote Destop (or similar), or via one of the Roon Remote installations?

RDP breaks opengl support… either start roon via a .bat file when the rdp connection is not there, or use a different remote desktop solution.

once headless builds are out, you’d manage them fully with the roon remote on another mac/pc/ipad/android

my PC for Roon, fanless NUC. Hoping on iPad app. 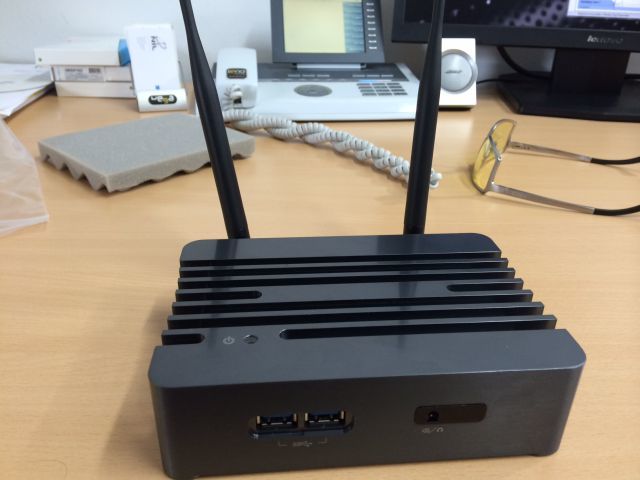 Tranquil PC Abel B2 chassis would be my guess…