@paaj I would not put the Roon Core on a Core 2 Duo from 2007 as the Core is doing all the processing and needs horsepower. This is just a comment on the processing hardware, I have no idea if Roon would work on older OSX versions.

I know that a Core 2 Duo E6700 running Windows 10 works fine as a Roon Remote. When I promoted it to a Core, it began to have issues when I ran 3 other remotes against it. So, I would say fine as a remote, but, I think it would be asking for trouble to use it as a Core, imho.

Thanks. Looking forward to 1.1 and then RoonSpeakers.

I’m not expecting full performance, but it’s what I have now to maybe try it on. It’s a headless mini and my iPad would be used as single Remote. No other connections needed.
From what I’ve read it seems that the processing power is mostly needed when importing new music. I can accept that this would take longer but don’t really care about that, just want to try it and take it from there.

Maybe I’ll try hackintoshing it to get a newer OSX

Thanks for the update. I wish we had a solution available for the white screen crashing with Intel HD video cards.
I haven’t found any information to help!

Can’t wait either - it must be very close now! 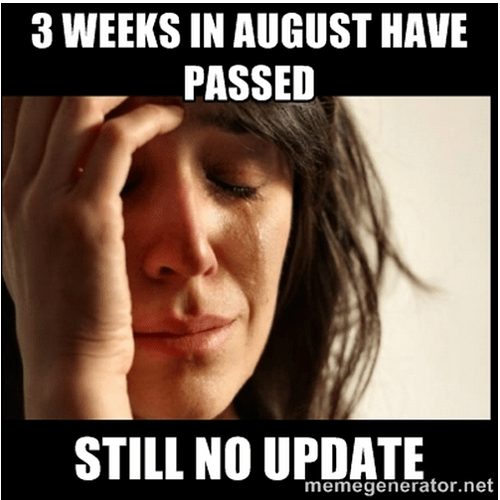 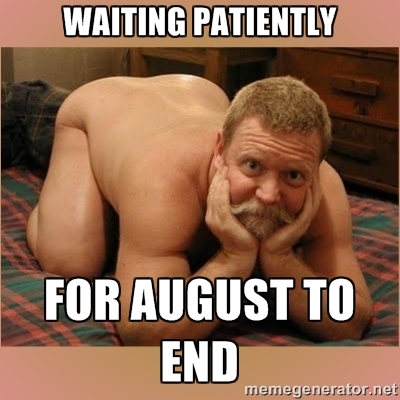 That last post is surely reason enough to just release it now - whatever state it’s in!

Is it just a matter of waiting for Apple to approve the Roon IOS app before making 1.1 available?

Me too, headless is most important for me. Can’t wait!

So, any news on the update?

Have some patience! August 2016 is some time off yet.

Please guys, let’s not turn this into another iOS App thread. It’ll be here in the next few days.

Unless something happens on the way. Then there’s always next week.

For me: What’s new for august = august status update.

I can’t quite guarantee a release date for 1.1 yet,

Basically, at some fine day we’ll be surprised

by an upgrade popup in Roon and a bunch of great new great features.
In the meantime, as suggested by @RBM , I am kicking back, enjoying a beautiful summer day

And a glass of wine.

I am waiting for the screams of outrage if it is not released until after the opening second of 1st September in Tonga.