Some artwork shows, some not - what options?

I have a bunch of folders that DO have artwork in them, but are not showing up (see shots below).
A perfect example is the set of SXSW folders. All have artwork (NB not the same artwork, where I have a graphic for a specific year, that is included)). Some, e.g. 2009, have multiple jpg files. I have rescanned a number of times (a full re-scan, see Qs below) and nothing seems to make a difference.

Are there minimum file size requirements? If so, what?

How can I rescan a SINGLE folder? 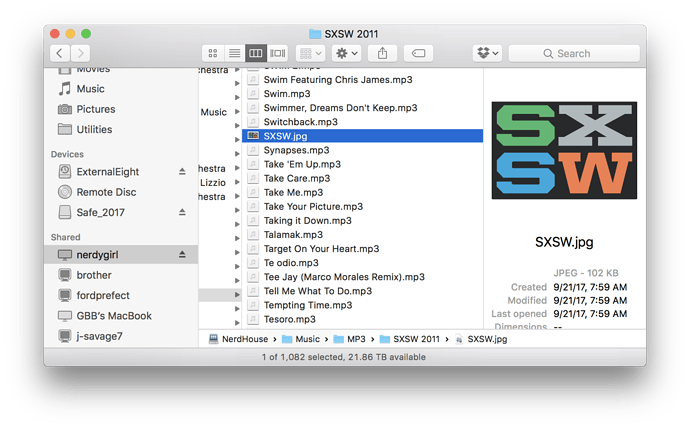 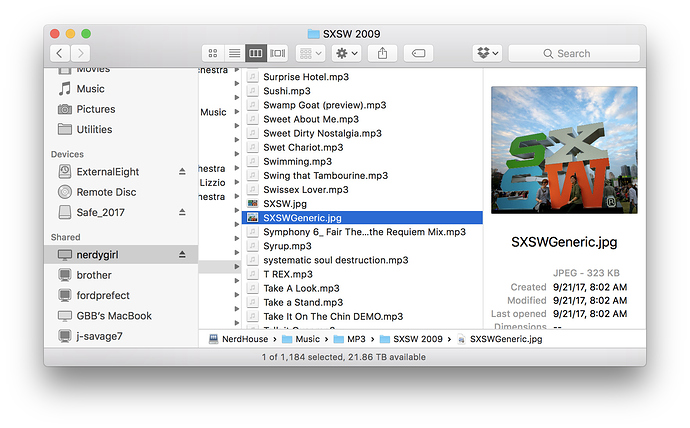 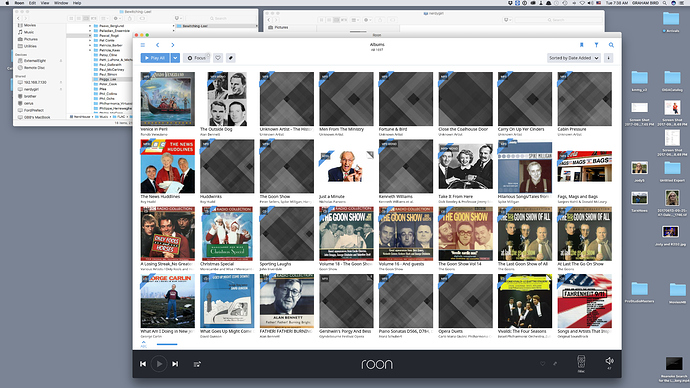 I discussed some of the rules here:

Folder.jpg not being used consistently Support

Give that a read, and let me know if you have any questions @Graham_Bird!

I read the links you provided and if I’m understanding it all correctly I don’t think that the details there are relevant.

Here’s why I think that:

I see that I included the incorrect screenshot (it should show all the SXSW folders) that illustrates the problem. I’ll add that tonight.

The jpgs are named SXSW, SXSW2009, SXSWGeneric as appropriate. If the name is NOT ‘folder.jpg’ but there is another jpg should it not get picked up?

The jpgs are named SXSW, SXSW2009, SXSWGeneric as appropriate. If the name is NOT ‘folder.jpg’ but there is another jpg should it not get picked up?

I will get picked up and associated with the album, but we don’t just pick any image and make it the cover, since that can have all sorts of ugly consequences (think of high-res back cover scans, artist photos, etc).

For picking cover art, these are the current rules:

the current design is that Roon will use the largest front cover image available.

If that’s still unclear, feel free to upload an album to Dropbox and PM me a link – we can take a look.

I did more investigation and offer these observations:

In 2006, the (valid elsewhere) SXSW is preempted by what would seem to be a single embedded file in one of 780 various artists in the folder. 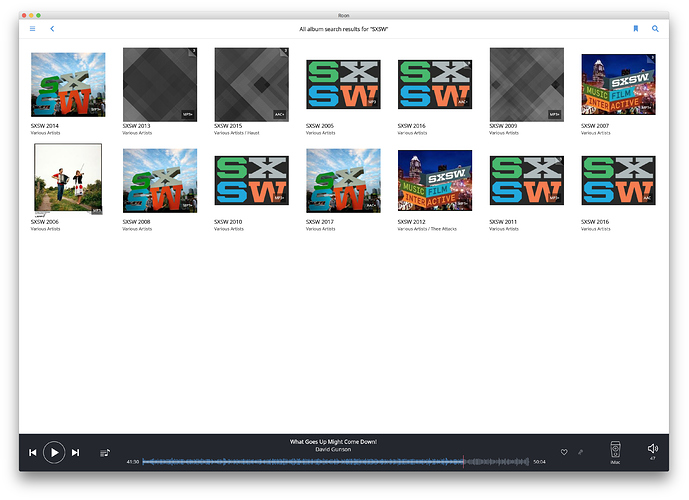 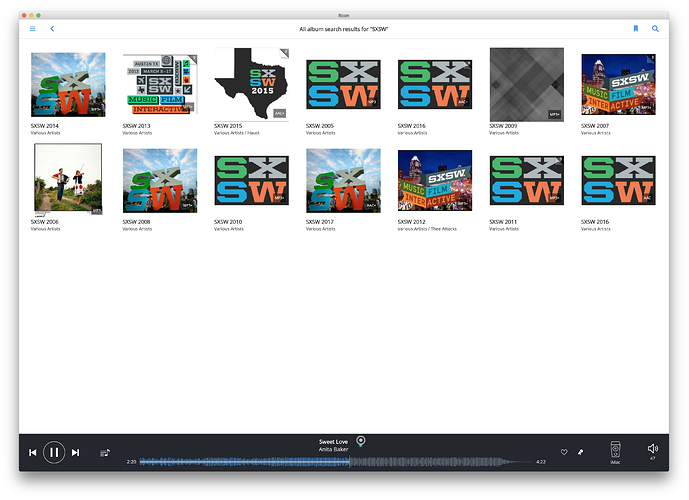 Hi @Graham_Bird ----- Thank you for the feedback! I saw this most recent post and wanted to reach out to you. Apologies for the wait.

As @mike had mentioned in his previous response, if you could please supply us with an album or two (via dropbox) that aren’t functioning as expected in the application, our techs can certainly have a closer look into this behavior for you.

Hi Eric, again I seem to have resolved this for now.

My apologies if I should have started a new thread, but my search brought up this thread and I thought I’d avoid adding another.

I had an issue like this with one album I just added. Roon was displaying the wrong cover art, so I went in to edit the album cover art to be displayed. The cover art included in the file folder (a jpg file) would not show as an option despite rescanning the album and rebooting Roon.

As suggested in this thread, I changed the name of the file from its original name, CloseEncounters-HD, to Folder. Now the jpg file in the folder shows as an option.

Any idea what’s going on here? I have plenty of other album folders that include jpg files that have various names other than Folder and they show up fine.