Thank you for the new Target Volume Level feature in Version 1.3 (Build 274)

Given that perceived sound quality is so inextricably linked with changes in loudness, and we are talking fractions of a dB, it would be amazing if some psycho-acoustics were not at play in your determination.

I’ve done another quick test, so the the following is not conclusive, but may point the way to further investigation:

I compared 3 settings: Leveling Off, Auto with -15 LUFS, Auto with -25 LUFS.
And with the latter two I adjusted my DAC’s volume by 10db, so that should be equal volume.

I felt there was a progressive loss of SQ with each step, with -25 LUFS being noticably duller, flatter, less dynamic than -15 LUFS. I also overcompensated the weaker setting by increasing the DAC’s volume more than necessary. The weaker setting went louder, but the SQ issue was very much still in place.

So based on this very quick and simple test, my guess is that the amount of volume reduction in the DSP function does matter. It would also explain why I’m happy with Roon’s EQ becuase I don’t go below -3db on that,

It’s only a guess. I leave it to the technical experts to give an explanation.

Hi again,
Haven’t any of you reading the link that I have shared twice time???
It’s a great and scientific providentially writing about Target Volume Level!!!
It’s describing how the best way to use the Target Volume Level, shall be setup to loose your Sound Quality as minimum as possible!!!

For example -3 or -4 compressing the sound incredible, but when I followed the description and change to -13 instead. So was the sound open up and didn’t sounding compressed at all!
So try and put the LUFS or Target Volume Level on -23 (default) it’s means Standard!!!
When put Volume Adjustment When Loudness Is Unknown, set the value on -3 or -4 and listening!!! So change the value to -13 and listening!!!
If you don’t hear that the music doesn’t sound as compressed instead more open, so does you have some kind of problem with your ears or something else!!!
It’s not as perfect as without the Volume Leveling, but it’s a huge difference from the “old version”!!!
And it’s because it’s not working like a compressor as before, it’s working as a limiter!!! If you don’t knowing the difference between a compressor and a limiter, please check it on google…

I’m a professional musician and studio producer, studio, mastering and live engineer since 1978 so it’s almost 40 years.
So I know that the difference is! But as some other have wrote about this subject, so does I wish that it was some kind of rule/standard volume when different Mastering Engineers, was making a master for the different kinds of products…Also that the engineer’s who’s making the glass master for making CDs of, and the same for the grawyering to pressing Vinyl records of (but it’s a little difference between CDs and Vinyl)!!!
For example did you know what everything from 200 HZ and down is mixed in mono? It’s because otherwise would the pickup jumping out from the track!!!
But I think that you agree with me on the point of some kind of standard dB, of course can it be between a minimum dB and maximum dB!
But it’s should just be a few dB’s difference!!! But today is some mastering engineer’s compress the CDs as hard as possible and other engineers will have more Air so they don’t compress it so hard! But it’s making the difference that we listeners have to struggle with!!! Of course does it depends on different music styles but it’s a different thing, because it’s wouldn’t work to compress classic music or jazz music…as pop or rock music! But it’s a different thing!

So please read this article about Volume Level (start on page 5)!

And use my playlists Of Grammy Awards Record For Best Engineer’d from TIDAL.
Because the dB is huge between the different records, so if you play that with shuffle! So does the Volume Level be used! And don’t forget to test to set it on -23LUFS and the Volume Adjustment When Loudness Is Unknown on -3 or -4 and listening when change to -13!
Even if you don’t like it and don’t going to use it, testing this and compare the difference between the two settings! 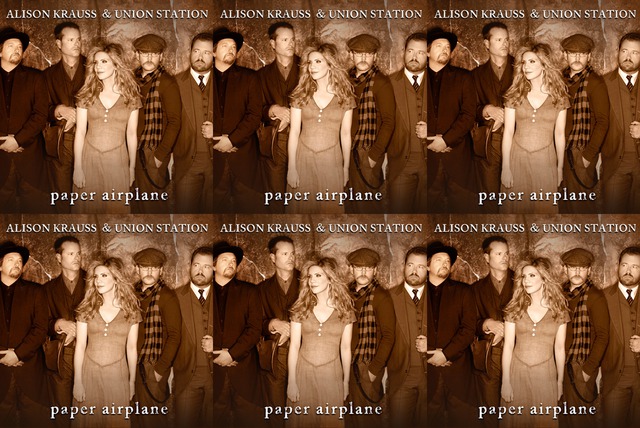 Hi Anders, I’m not sure if you’re refering to my posts, but if you are then I’ve tried reading both your post and the white paper twice and I still can’t see how these points about loudness etc explain my points about fundamental sound quality.

I already have a general understanding of compression, limiting, loudness wars, peak levels etc (not to the level of the white paper), And I’ve already stated that I like the idea of both Volume Levelling and the new Targert Volume features, so I have no problem with the concept. It’s just the SQ degradation I don’t like. I hear the same SQ degradation irrespective of whether one setting is louder, the same, or quieter than the other setting. It’s really very, very obvious to me, so I’m puzzled why more people haven’t noticed it.

The “Volume Adjustment When Loudness Is Unknown” does not apply to me (and I’ve tried your exact recommended settings) because all my music files are local and have been analized by Roon.

Hey Anders, thanks for the link, I’ve also read the article and am trying volume levelling again because of this thread. In fact it’s the reason I no longer postponed upgrading to the latest version of Roon!

One tip: I think you mean well, but I find all your triple question and exclamation marks a bit pushy and aggressive. Probably enthusiasm, but it makes your post hard to read, plus I think you’re more persuasive without it. The same goes for posting an identical link three times in one thread

You appear upset nobody listens to you, but if you look closely at your first link, you can see that no less than 32 people already followed your link

been analized by Roon

You owe me a new keyboard.

.
It’s just that I have been testing the new Target Volume Level, for 2 or 3 day’s now and sure it’s taking (this is that I have come up to) a little bit of the SQ!
But it’s not so big difference as many have been wrote!
So it’s something that I will use on the playlists that I have shared, but it’s the only one I need to do it on!
All my other playlists don’t have so much difference between the albums in dB, but it’s nice to listen to it sometimes

.
Otherwise will I don’t use it because I don’t have to!
Perhaps will Roon improve it, but it’s not especially big chance that it’s not will have any impact on the SQ!

So apologize for sharing the pdf file about the subject, so many times

.
I wish all Roon Community fellows a great weekend and great SQ, without the Target Volume Level

No worries Anders, already assumed it was enthusiasm😄 I’m leaving mine on to experiment, because like @k6davis I have many different versions of albums, eager to play with this a bit. Enjoy the music and your weekend!

I experience no sound degradation with volume leveling whatsoever. As much as I enjoy the feature, I wouldn’t trade an ounce (iota? bit?

) of sound quality for it.

As @anon55914447 said above, direct comparisons of leveling on & leveling off are are extremely difficult because volume strongly impacts perceived sound quality. Tuning it on and leaving it on, I hear all of the life, dynamics and vibrancy the recording contains.

@koen, I look forward to your impressions of comparing different masters of the same music in this new way. Enjoy!

Salient video on the topic here:

Thanks @k6davis, will do! I’ve always found it hard to compare, exactly because of what has been said above: cranked up volume (loudness war!) is difficult to accurately bypass on my gear. I’ve used volume levelling in Roon before, but the decrease in volume was so dramatic that I quickly disabled it again. Terrific to see the Roon team continuously improve their software!

My final comparison on this topic:

I fully agree with the comments that exact volume levels are important in order not to skew any A/B comparison. So I put my soundmeter to my headphones and adjusted the DAC’s volume control so that both A and B were (almost) exactly the same volume at the headphones. Where A was Volume Levelling OFF and B was Track Levelling set to -23 (default).

as 11.6 db track gain and 5.2 LU dynamic range. I had to take a number of readings because each time they were fractionally different (because of background noise or whatever). For this track, I ended up with B requiring an extra 12db on my DAC’s volume control. As I can’t adjust the volume in increments any smaller tha 1db, I ended up with setting B to be very slightly louder at about 0.3 db at the headphones, which should give it a very slight advantage in the A/B comparison. (Note, this 12 db difference will have to be “re-calibrated” for each track as the volume levelling will be different each time).

In that comparison, B was still duller etc than A as before. Whether this bothers anyone, or even if they notice it at all, depends on many variables: The resolution of the hifi system, the preferences and priorities of the listener; the way the listener conducts their comparisons, etc. So no surprise that there will be varying levels of reaction/indifference to this. In my case, I always start by just enjoying the music. I only start “testing” if something jumps out at me. The EQ function didn’t jump out at me, so I’ve never bothered to do detailed comparisons - if it ain’t broke, don’t fix it. But Volume Levelling immediately sounded broke.

However, as Roon is a premium product, all I ask is if the Roon team can revisit this themselves and hopefully make this product even more wonderful than it already is. If they give it a fair try, and still find nothing wrong, then I’m not going to push it any further.

I didn’t go to the same extent to do an A/B comparison but I’ve also concluded that volume levellingnis detrimental to SQ in my setup.

Is this permanently pegged to the “Unknown” value that we set or can the correct figure be derived once a Tidal album is added to the library?

TIDAL upgrade their loudness normalization – and enable it by default TIDAL

TIDAL publishes one volume normalization number via their API. This article is announcing that they changed the meaning/computation of that number from being a “track” value to an “album” value. Since they have rolled it out, Roon is now using the new number. In general: Roon has three modes–album,track,auto. For TIDAL these always did the same thing since we didn’t have separate album/track values to work with. That’s still true after TIDAL’s change, but now the behavior is like “album” not li…

WHY? Addressing this to me?

I still have vacation.

Just updating the link because it was broken and you’re the one who posted it in the first place.

Okay! I got it