Why Roon and why Roon not... Now not a farewell

Agree. Powerline is awful. I have ended up running Cat6 cable round outside of house to avoid internal destruction. This decision wasn’t taken lightly as it unsightly and expensive - but it has helped my overall wifi network maintain 400Mb+. This has helped. Powerline cripples this significantly.

But even sometimes on impeccable wifi (Unifi) Roon struggles. Ultimately there should be a limit on the network demands of what is in effect a music streaming piece of software. Hopefully this will be addressed in the new update.

This is called “plastic fiber” and you can put this cable together with electric ones and you can use same lines inside walls.

I will check what you are talking about.

I have made a bet about next version to come and I have renewed my trial period which was ended today.

For balance. I use power line with Ethernet. Works perfectly, no noise, no drop outs. Have been using them for years now with great results. Currently have devolo magic with wifi and can’t fault them.

If a run of suitable RG6 is available, something like an Actiontec / Screen Beam MoCA Network Adapter set up might help if Powerline is the problem. They work well for me in my Roon/ROCK system.

I agree, in South Africa houses tend to be brick and plaster, mine has a flat concrete slab roof so no attic etc and no dry walls. Running cables is a nightmare.

My answer was to run a Ethernet cable over the roof and the protect it from UV, SA sun is unforgiving . I may have to repeat the exercise at some stage as the cable will inevitably deteriorate with time (and sun). It’s 4 - 5 years so far.

That said I have never looked back

Can you see? There are people who has no trouble with PLC

I have no RG6 network suitable for helping me to improve my connection. My flat is like a rectangle and RG6 are on the endpoints of this rectangle and the NAS is just in the middle.

I still trust I must try to connect directly the NAS on the internet router. for being sure there are no other issues (Jesus, please, no!) and then find out the best option to make a solid connection for the NAS in its actual place

I think it’s the quality of house wiring that makes the difference. I have a couple of friends who’ve used powerline without issue for years - I’ve had nothing but trouble. I’ve tried Netgear, Devolo and TP-Link here across three floors (computer stuff is in a small loft conversion and hifi on the ground floor) and they start slow and get slower over time, presumably due to noise of some sort, before finally dropping the connection, which then has to be reset by power cycling one or both plugs. This would sometimes happen every few days, other times two or three times a day. Most frustrating.
I checked every socket in the house for bad wiring, to no avail, and it was only running CAT5 cable in that resolved my problems.

Michael that meets my previous experience of Powerline plugs as well.
But I have given them to family members and they have then worked perfectly for months at a time.
It’s just one of those technologies that fits some needs and not others and is clearly infrastructure dependent

The network issues are not a Roon issue. I use WiFi (NETGEAR Orbi router connected to Orbi satellite via WiFi and then Ethernet to my streamer. Never an issue playing from my NAS or Roon Nuclues with 8TB SSD.

You need to figure out your network issues.

Powerlines are potentially terrible for audio, not just networking. Years ago, when we first moved into our new, old house, I tried them. Result was literal noise through he hifi (Naim 5i with CD5i at that time). Lost the PLC in no time and wired up as much as I could and haven’t looked back.

I have to throw this out there too.
I have just one device running EOP and it’s for the main tv in the living room.
Ethernet is not a viable solution and the WiFi module in this tv is crap!
So I tried eop on just this TV and it works flawlessly and does not appear to inject any noise into any other equipment that I can tell.
Would it work for Roon though?
No idea and will not be trying it.

For full transparency, my main music room and Roon server is the far side of the house on its own dedicated 20a circuit run direct to the main breaker box outside of the internal wall power runs.
Also has many dollars worth of power conditioning so not too surprised the one eop does not affect my main system at all.

In general terms, and as long as I have read (and believe me I have read a lot) Roon is demanding a stable / low latency / fast connectivity you simply do not know you don’t have it until Roon appears in your system

Which sometimes simply frustates you.

Does not want to compare but the same file from the same location is playable with S2 Ultra stream, with LMS installed in the same Pc that holds Roon… and Roon is skipping due to bad connectivity

I used Powerline adapters for years with a solid state amp and it worked great. No dropouts and solid connection. I added a tube amp and the noise from the adapters was picked up by the tube amp. At that point I realized the noisy phono section of my solid state amp was also caused by the powerline adapters. Now it’s wifi. Still works great, but I moved the Nucleus next to the router so it’s on ethernet. Endpoints are Raspberry Pi with Ropieee, some wifi some ethernet. It all works well.

Powerline here. Never had a problem with streaming in Roon (except for recent issues with Qobuz, but local library works fine).

I think that usability of EOP (in terms of noise) depends upon the sensitivity of one’s audio equipment. I’ve got a couple in the house, each with wifi access points attached. No problems re: noise.

I’d be quite happy to replace this with a mesh system, but I need convincing that my internet speed would hold up. I only get around 25 Mbps, so not super fast. I’m happy to be convinced, if anybody would like to try!!!

That’s not to say that a technology is trouble free

I am answering your message but, in fact, is something to share with all people who has helped me

This morning I had run a serious quantity of tests about my network, checking all the stuff related ( TSS helped by a friend with solid knowledges)

The network card of Roon core (i3) is a little weak one… Reaches symmetrical 185 Mb/s when, on the same place, my i5 computer (big one, not fun to move to the place

Not that good but not that bad. This is enough to move Tidal staff when required (never got an issue with Tidal tracks)

Then, connectivity on the NAS place with PLC shown two interesting things: 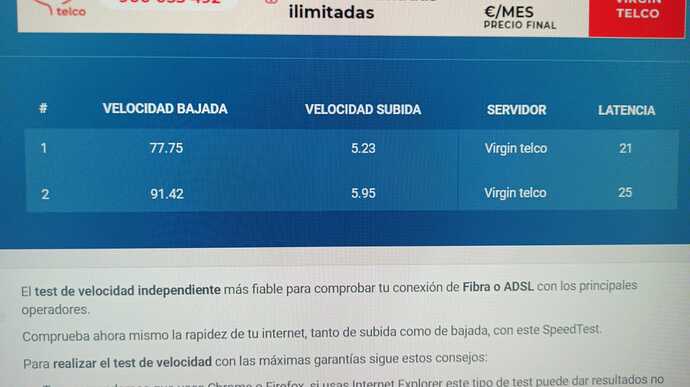 no reason (unless gremlins are accepted as reason) but then, comes back to previous ping values, no issues again