This has happened repeatedly since updating to v1.2. See screenshot. 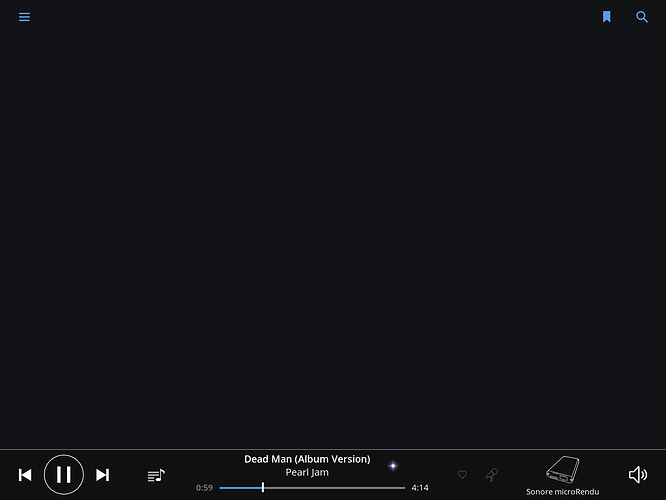 Someone has a microRendu early!

Have you uninstalled and reinstalled the app. I think that fixed it for me one time when I was seeing it in 1.1

Conversely, v1.2 is the first ever version for me that seems to have totally removed the blank screen occurrences. Not once since upgrading have I seen it, whereas I’d encounter it at least daily with all previous versions.

I did also update to the latest iOS this week too, perhaps both are required?

PS well spotted @DrTone. Chris, we hope there will be a microRendu first impressions topic soon…

Spoke too soon. A few days without then twice today… 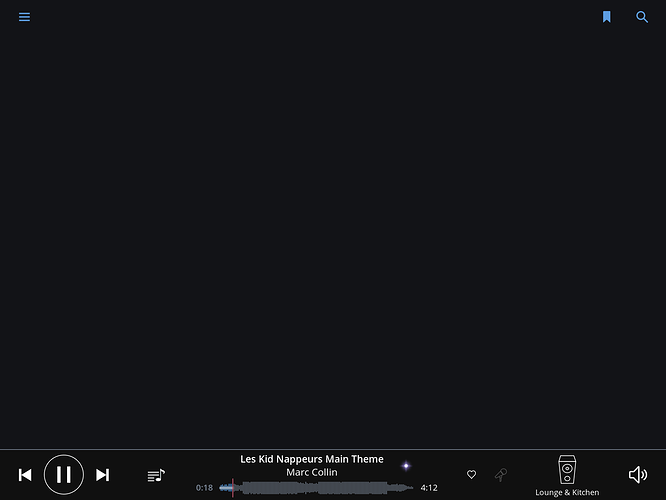 I have exactly the same problem. It happens mostly when coming from standby. I use a 2016 9,7" iPad Pro.

Mine’s on an iPad Air 2. For me it happens after standby, or after switching Apps.
Going to try Dr Tones suggestion tonight.

Have you uninstalled and reinstalled the app. I think that fixed it for me one time when I was seeing it in 1.1

I’ve seen this also. I’ll get a ticket raised.

I’ve seen this also. I’ll get a ticket raised.

It’s been around a looooong time….

I’ve had this happen on my home system as well, often… but i cant reproduce it in a test environment…blah.

this bug is horrible.

I forgot to send update - I tried the advice of deleting Roon ap from iPad then reinstalling from scratch a week or so ago.

Annoyingly I forgot I’d done that, so haven’t been paying attention but I’m feeling like I haven’t noticed blank screens since. Will pay more attention next few days.

I had it happen on mac too!

Ah. I used to get that too but I so rarely use the laptop for Roon nowadays I couldn’t say if it’s still occurring.

This problem is getting pretty annoying. Almost every switch back to Roon (latest buld) from another app on iOS (iPad Pro 2016) gives me a black screen and also the back and forth navigation is lost. Any fix coming up, @danny?

Other than this, really enjoying Roon with a microrendu as endpoint right now!

@willemzout have you tried deleting the app from the ipad, and re-installing it as mentioned above?

I know that’s often the default solution people suggest as a fallback, but in this case I’m pretty sure its worked for me. I haven’t seen a blank screen on the iPad since I did it anyway…

@hifi_swlon This seems to work indeed, thank you! Tried this before, but I guess with the latest build it came back, or just after a while.

found it and fixed! whew. Next build…

When will it be relased ?