Curious if this is a memory leak of some sort? Is this the cause of my sluggish Roon remote response?

Which OS is this.

Im running at around 5+GB of ram for roonaplliance.exe on Win10Pro 16GB ram right now…up for a few days I think maybe a week since roon restarted - last update I guess that was…will monitor the next few days and assuming no new releases see how much more that changes

Noticed here that after an hour or so of very frequent use, album searching etc, that randomly some images of album art and/or artists pictures don’t show, just black background. when i restart Roon, is ok again for awhile. but not until I restart PC that it properly clears up until an hour or 2 later. This is with both v1.2 and 1.3 Roon. Maybe part of this possible memory leak, too?
Windows 10, 6th gen i5, 8GB DDR4

Been doing heaving editing on unidentified albums…now up to 2.28gb.

Mine has always been at about 3GB. However with 1.3 my CPU overhead is half as much as 1.2 and it is much more responsive. 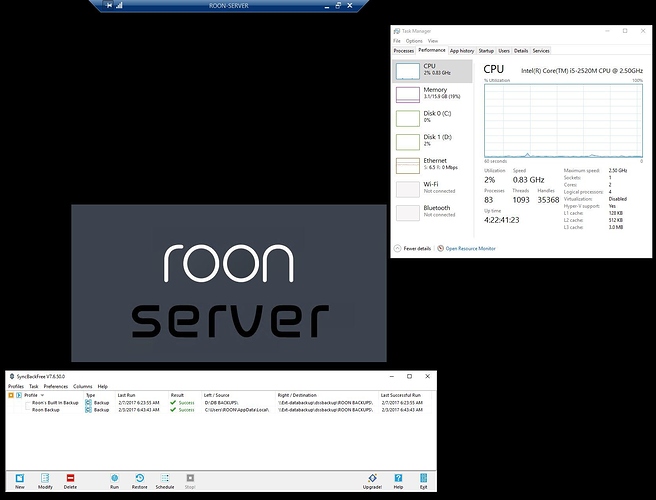 I would open a new thread to be seen better