2 Blind Blakes & Can I edit credits myself?

I have several albums by Blind Blake, the blues musician, and one by Blind Blake, the early calypso performer. Roon shows them as the same person. So first, please add this to your list of metadata corrections. Secondly, is this something I can fix myself? I changed the artist name of the calypso performer to “Blind Blake and His Royal Victorian Calypsos” but the blues Blind Blake continues to show up in the credits pane. When I try to edit credits, there are none there. Is this just something that is outside of user control?

@DeathRobot Hi Michael, I’ve had a look and we don’t appear to be equivalencing these two artists erroneously. However, that doesn’t mean that one of our metadata providers hasn’t attributed an album to the wrong Blind Blake. Please would you let me know which albums you have by these guys? Screenshots are most helpful if you can post them here!

Thanks, Joel. Here are four screenshots. The first one is from a search on Blind Blake. Roon sees only one musician. There are three albums shown; the first is from the blues musician, the second is from the calypso musician, and the third is just a writing credit so you can ignore that one: 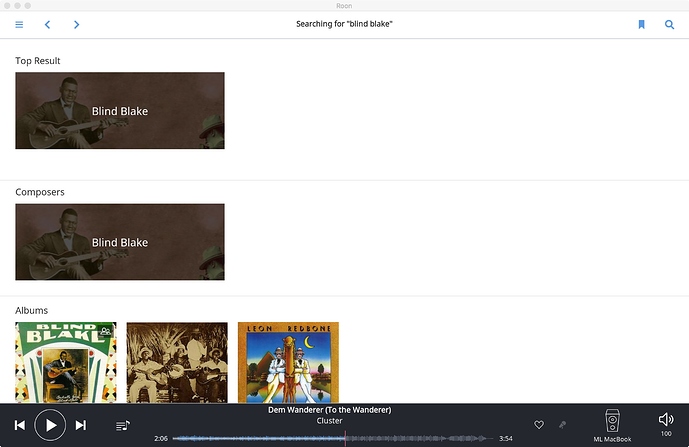 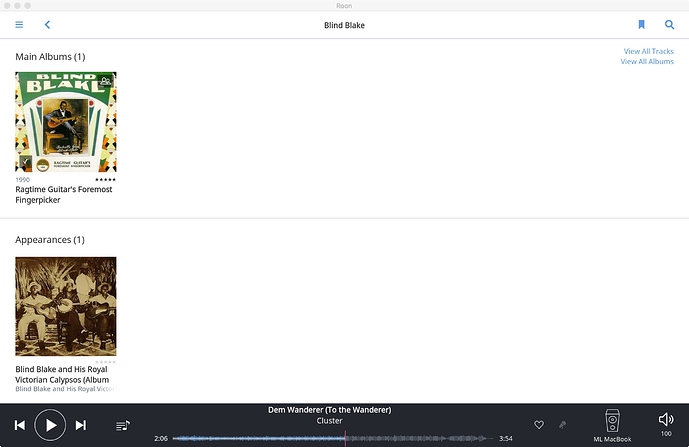 In the last two screenshots, the blues musician still shows in the credits as the primary artist of the calypso musician’s name: 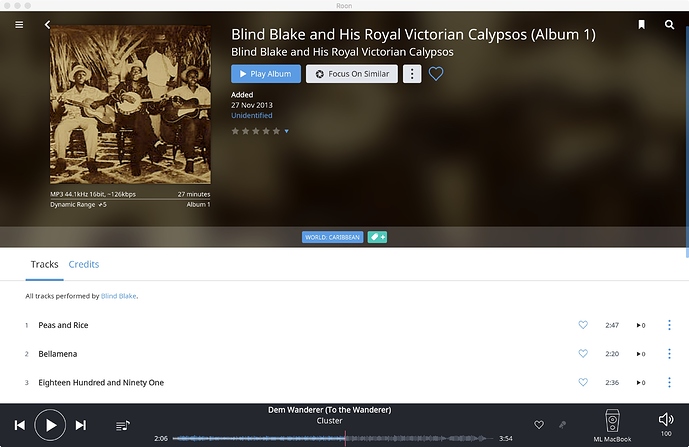 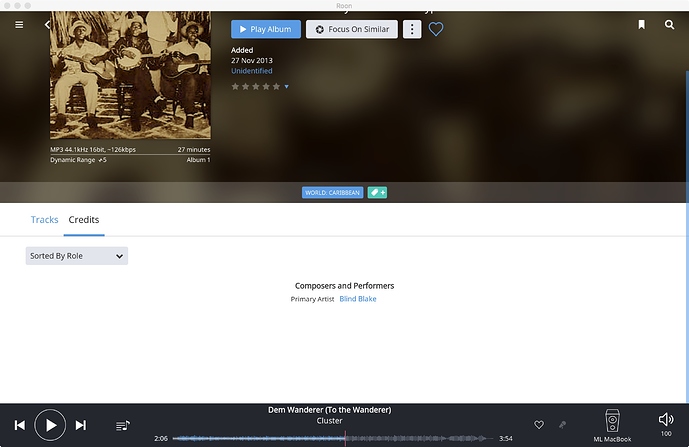 As a user, do I have any way to manually fix this?

Oh, I just realized what is going on. The “Blind Blake And The Royal Victoria Hotel Calypsos” album is unidentified. So Roon is locally trying to do something intelligent given the context of the rest of your library. In that Calypso album, you will have “Blind Blake” in your tags (probably in both ARTIST and ALBUMARTIST tags), and Roon is making a reasonable (but wrong) assumption that the two Blind Blakes are the same person.

As per your last screenshot, you still have a “Blind Blake” primary artist credit; it’s probably this that is doing the damage. You can either do edits in Roon or in your file tags (I tend to do tags where I can TBH). If you change all occurrences of “Blind Blake” to, say, “Blind Blake Higgs”, I think you’ll sort this out.

The reason it’s not worked with your edits so far is because you’ve edited the Album Artist, but not the track performer (ARTIST tag) Credits.

That solved it. Thanks!