Taken out my office PS-Audio PerfectWave mkII DAC with Ethernet USB bridge for another temporary use. So, plugged my roon endpoint streamer with a Tag McLaren Coax cable into a circa 20 year old Tag McLaren AV32R Pre-Amp with its integrated Asahi Kasei AK4395VF DAC chip to an eight year old ProAc Response D1 Speakers.

(Marvin Gay pun intended, thank you) I’m no spring chicken (more a turkey) and maybe not able to hear 30Hz or even 18kHz, but even so!

Nothing. People were just as discerning 20 years ago.

yes, looks like it… up to 192 not DSD etc etc. The basics done well + integrated into the Pre-Amp PCB. Plus maybe also todays input signal is cleaner/better which gets the best/better from the DAC…

DACs have come a long way and assume measure better than 20 years ago. Are we paying for better/higher spec’s yet small increases in SQ? The Tag McLaren has a DAC bypass, should have A/B the two DAC before separating them, as its just a remote press to change sources with equal gain.

Are we paying for better/higher spec’s yet small increases in SQ?

Or getting better/ higher specs that the human ear can’t perceive? But if it’s better it must be good. Right?

I believe sometimes we like change for changes sake. We become accustomed to our set-ups and when we insert something different we look for the nuances of the different product.

A couple of years ago I added some Stillpoints to my set-up and liked that I heard. I left them in for about five weeks and decided to try remove them and see what I thought. I liked the sound better this time without the Stillpoints. Sometimes we just like change.

Yes, this could be the implication and change for change sake is a good point.

If you are like me are 98% PCM/Red book stock = 44.1,96,192 and have no real need for DSD, BT, I2S!, function X,Y,Z etc then it questions the amount of digital upgrade-i-tus needed to reap bigger SQ benefits! I had a NAD M51 DAC …. another selling regret. ‘Change for change’ sake in reflection, yup maybe or seeking Nevada and not fully appreciating what we have. The fact I still have the AV32R is interesting as I have sold more expensive kit… Interesting.

A couple of years ago I added some Stillpoints to my set-up and liked that I heard. I left them in for about five weeks and decided to try remove them and see what I thought. I liked the sound better this time without the Stillpoints. Sometimes we just like change.

Or the brain is fickle. We think change is better when it’s different or not there. Hi-Fi is often about want not need.

What a coincidence, I was just wondering if there would be anyone in the Community that is still using/owning TAG McLaren gear. I also own the AV32R and am still using the 100x5R:10 power amplifier.

The last couple of days I spent quite some time on implementing source control via the TAGtronic bus. Now reached the point at which the amplifier follows the power state of my Roon endpoint (PS Audio Directstream DAC). So if I enable the new sleep feature for the DAC then the amplifier goes to sleep as well when the music stops 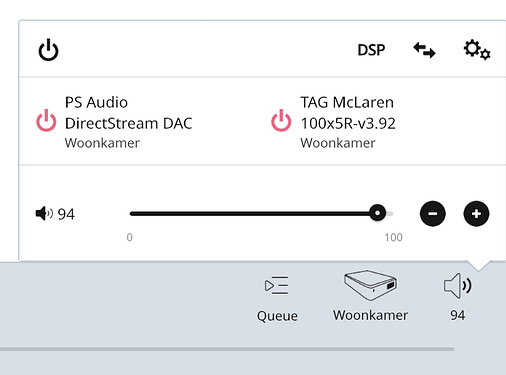 Jan, Well done on the TAGtronic bus success, looks very complex! I to have TAG McLaren AV32R and 100x5R power amplifier link together with a CAT5 in my office. The former CEO Dr Udo Zuker did say the 100x5R modules where TAG’s best Amps… I agree, they got great reviews at the time and I still felt they where under priced at 5 Stars. Only when they went bust it emerged they sold them under cost price.

Maybe as this tread is hinting at ‘change for change sake’ and 20 years ago ‘people where just as discerning’.

A well sorted vintage DAC is still an excellent device. Also vintage ‘high tech’ for the time things like DACs tended to be very well made with a lot of thought put into power supplies etc - perhaps more so than equivalently priced/specced modern device.

There’s a reason why things like the Philips 1541A are so highly thought of/sort after even today. For Red Book resolutions they are still incredibly impressive.

The CDR630 is a Pro player/recorder yet I just cannot get rid of it. Still sounds sweet, robust, easy to use, 19" rack mounted.

The good thing is that they released the documentation of the bus protocol. It can still be found on the avforums after all those years!

It is not the easiest to implement but it is very feature complete. In its current state the extension is able to select the required channels and turn off the LEDs at the moment the amplifier gets powered up. The remote can be put in a drawer again 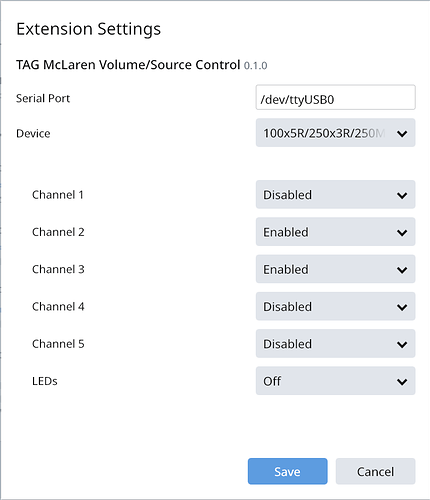 @Jan_Koudijs Thank you for that, may just investigate it. It is a bit of a pain turning off 3 mono amps each time I turn the amp on. Cheers!

The current iteration of the PerfectWave DAC gets an objectso I’m guessing the original dac inside the tag is probably just as good as the PS Audio DAC.

This is a review and detailed measurements of the PS Audio PerfectWave DirectStream DAC. It is on kind loan from a member. The unit that I have has the network "bridge" streaming option and costs US $6,899. Without that option it costs US...

I saw that… For me it Confirmed why I did not go with the directstream upgrade. At that time I did want to see what DSD was all about, fed-up with poor audio software (non PC Based), Roon trial, USB drive and Ethernet to the DAC etc over at the time a Chord QBD76 DAC. That said IMHO the PerfectWave DAC mk II is a good DAC and was close to the enjoyment to the QBD76.

Measurements help yet to my ears the PerfectWave is still an enjoyable DAC… I am coming to a view that sub $1,000 Chi-Fi DAC’s could be game changers for bang for buck.

I’m partial to Schiit’s DACs and their no nonsense attitude. While DSD interests the geek in me, objectively speaking, getting a DAC that can rival the Yggdrasil (or the Gungnir MB) will be tough. Let alone in the same price category. 99% of the music I consume is PCM. Making that A++ and making redbook even better is a greater win, since “hires” is a lot of snake oil too (why can’t we just get those better masters without the brickwalling in normal redbook?

But I agree, measurements are not the be all end all. They don’t tell or explain why things are musical. Atleast not to me. Which pains me to say as I like to take a hardline on provable facts/measurements, and this being subjective is obviously quite contradictory

Good to see TAG McLaren still in use.

I had full TAG electronics set up and it was sad to see them close in 2004. I still have my 100x5R and Calliope centre speaker although not currently in use. Sold my 250x3R 6/7 years ago which was a mistake

@hells , agree. Also am a Big believer in home auditions for top ticket items to find that magic…that meets your ears. We all see colour, taste, hear differently. Where I live I am lucky with many good lending dealers.

In the digital realm the gap of good measurements is just getting better for less budget all the time… I may just buy some cHina-Fi to see if budget with great measurements buys that magic!? All that said the 20 year old DAC inside that AV32r was big bucks for big performance to my ears in its day… This emphasises that the DAC chip is only part of the implementation to achieve magic music.

@EnjoyTheMusic Certianly! My gut is saying “no” and they’ll just take cheap chips and call it a day. Like many others. But the true masters spend their time on output stages and input stages and we reap those rewards!

I have just bought a Topping D50S got exactly that reason and it’s actually very good. Where the Chinese have really come on is the overall package. The ui is neat and understandable and the casing extremely well built - a single milled billet of aluminium.

Looking at the photos of the internals the pcb is well laid out and with decent components. That said I was talking to a friend of mine yesterday who isn’t into audio but knows more about the digital domain in general than most and he thinks it’s quite hard to make a really bad DAC these days given the chip sets do pretty much everything including the filtering these days.

It’s certainly worth the money and with an R Pi as the end point you have an extremely capable endpoint for not a lot of money.

EDIT: Note I also run a Naim ND5 XS2 and have a Sony 337ESD which has an extremely good implementation of the TDA1541 so know what ‘Well sorted’ DACs sounds like and honestly the Topping is extremely competent even in that company.