I have two machines I could use as the Roon Server/Core and not sure which to use:

I can’t build my own NUC server because I also need the server running Dirac Room Correction software and it needs to be directly connected to my DAC in order for Dirac to ‘see’ the DAC. Dirac won’t run on the NUC machines.

I am currently using an iMac running Roon in my bedroom and outputting to a Squeezebox Touch in the living room with Roon doing DSP/convolution on the iMac.

I don’t know the # of albums I have off the top of my head but the library is large, 3TB-ish.

Any advice on the right machine to use would be great.

If it is between those two, then my vote would be the MacBook Pro connected via ethernet (not wirelessly). Roon really benefits from being on an SSD.

Ok thank you, knew the SSD would be better

And sounds like the older processor is still sufficient to run Roon, thank you!

Processor speed is also a limiting factor on the mac mini - so HDD and that are double whammy. definitely the MBP

here are the benchmarks in the mac tracker app 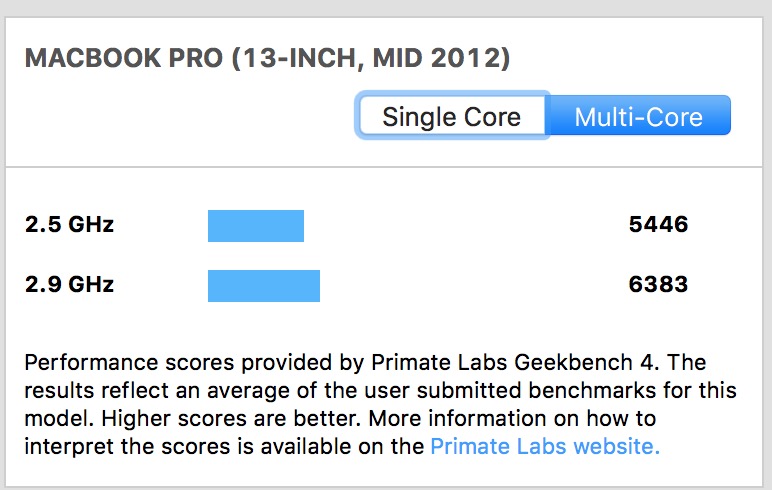 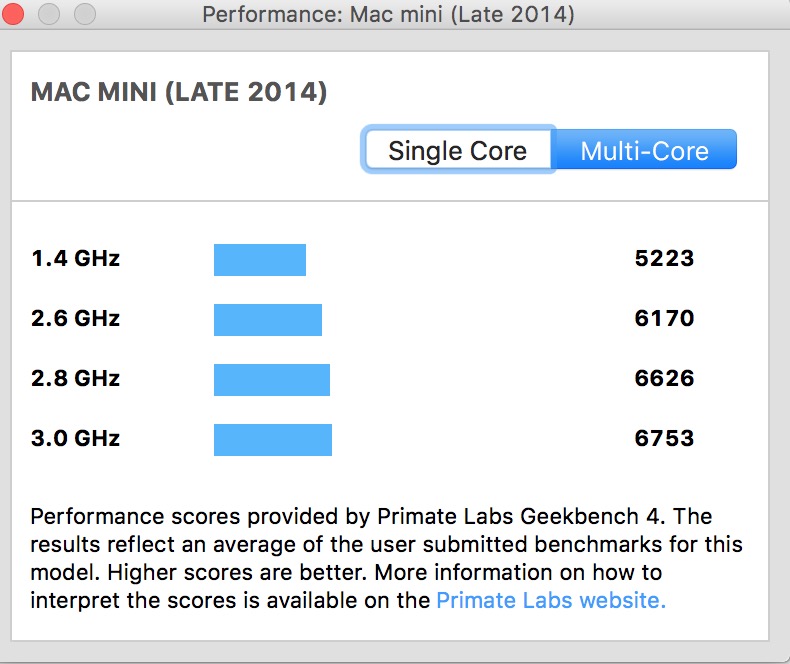 Laptops don’t really like to be used in ‘clamshell’ mode (closed). Having the laptop ‘open’ is integral to proper cooling. Personally, I have a mac mini as my core, gigabit ethernetted to a Synology which has the files. The mini starts up from and only uses an SSD attached via USB3. It’s a Core i5, and it’s plenty fast to serve music. I wouldn’t recommend running it off the internal spinny disk though. That’s just pain (but it will work).

My outputs vary, but the mini is direct HDMI connected to my Anthem AVM60 pre/pro, but I also send music via wifi to several other endpoints in the house, and it’s never so much as blinked.

If you’ve got both, hook 'em up, and see which works best for you.

True… many laptops actually vent through the keypads too so closing the lid or using those silicon keyboard covers is bad too.

But is a 1.6 GHz i5 Macmini powerful enough to run Roon with a very large library? I could buy and install a SSD into that machine.

Dirac, from what I read, is not that taxing on the machine

No it’s not…it will struggle is my guess

My advice buy a NUC 7i7BNH and be happy

I have never had better sound