A light at the end of the tunnel?

All in good spirit and with no pressure to the developers : is there a light at the end of the ROCK release tunnel or due to current workload the light has been switched off?

Any glimmer of hope will be highly appreciated. 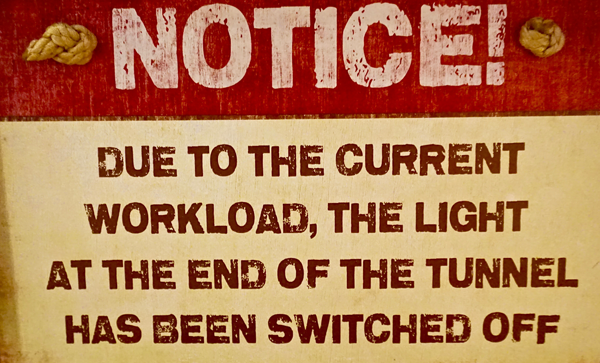 Let me assure you that it is shining proud and bright.

Did you break it again?

I did not brake anything, at least not lately, I swear

Seriously, I do not know what you are asking about.

It’s still being worked on. Some feedback from partners prompted a big change to make the update procedure much safer in the case of power outage during update.

We are very close. We’ve started writing some documentation about it as well.

Thank you Danny for the update. Certanly more than a glimmer of hope!

The light grows dimmer as the silence becomes deafening…

The light grows dimmer as the silence becomes deafening…

Thanks Andrew. Incidentally, I first learned about ROCK at the Roon workshop you held at your store back in February. Perhaps you remember the guy with the thick Spanish accent asking unintelligible questions. By the way, great talk and beautiful store. I loved the listening room too.

Thanks @Jose_de_los_Santos! That was a fun event to host and we’ll be doing more like it in the future.

Don’t worry, ROCK is coming and it’s going to be worth the wait

Worth the wait sonically or ease of starting a roon installation?

Hi guys,
The tunnel has ended and the light is big and blinding!!!
With much excitement and anticipation I would like to pass this info to all of you.
Play fanfare here please…

According to a trusted insider the release of ROCK on all its glory will happen any time soon TODAY!!!
Happy day!

I know, I know…but could not resist, sorry

What? Since April 1st?

Oh man, that’s from yesterday!? Can’t believe I fall for it afterward…