Went to play some of the albums that I have in my Tidal library yesterday from the German jazz ACT label, came up with a message saying unavailable in Tidal, I used to play these all the while, anyone else have any issues with ACT in Tidal

I have a plenty of ACT albums in my library and have no problem to play. Have you found the same with any other labels?

Where are you?
Sometimes there are geographic licensing limitations, and sometimes they change.

Do they play in the Tidal app? If so, try restarting your Roon Core.

Slightly off topic but if anyone fancies putting together an ACT playlist in Tidal and sharing it here. it would be much appreciated. I love a lot of their stuff but they can be difficult to find on tidal giving you can’t search by label.

In Poland. I forgot that could be some geographical restrictions.

I don’t know how to export Tidal’s playlist, but I can share my Roon ACT’s library screenshots, contain both hi-res local albums and Tidal’s album. Most of them are available in Tidal. Hope it will be helpful for you. 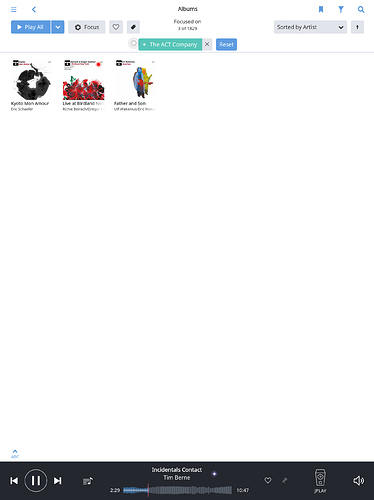 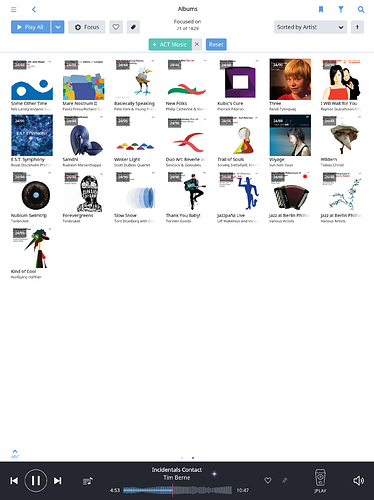 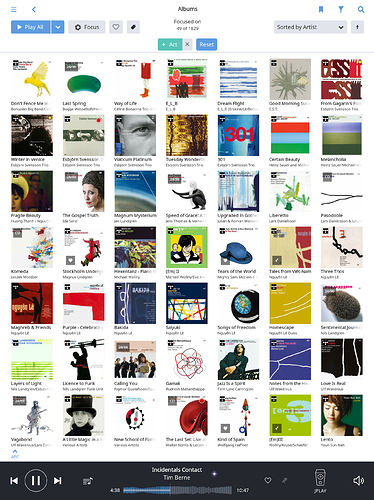 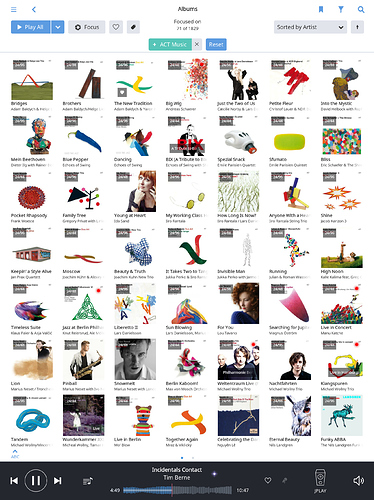 Thanks to all for the replies, I am based in the UK, all my ACT Tidal albums used to play just fine, but now it says album not available in Tidal which is strange, maybe ACT have banned them from the UK?

OK guys a little further update, I’ve now fixed the issue, I spoke to a colleague in the UK who has similar ACT library to myself, he played his albums and they played fine, he advised to reboot Roon server which I did and now they are all playing fine.

I’ve not encountered this before but now that they are playing I’m more than happy.

I can believe that.
I have gradually been discovering ACT myself, the have several favorite artist and then you discover more and more.
Fantastic stuff.

That’s a great list.
If you have a Tidal playlist with all this, can you make it public?
I don’t know how to do it, but I have seen it done.
Would be very useful, as I can’t find a way to search by label in Tidal. 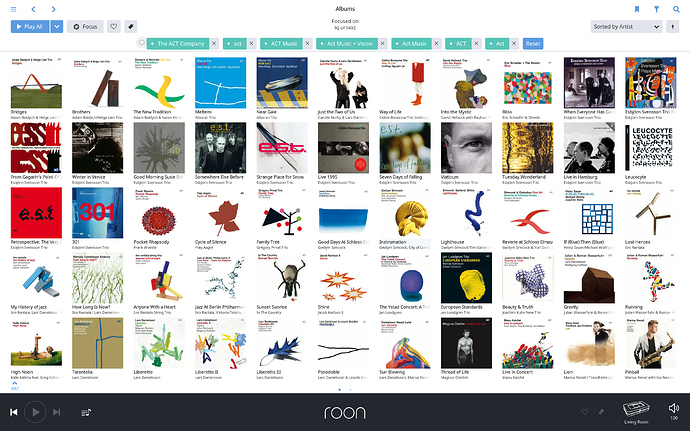 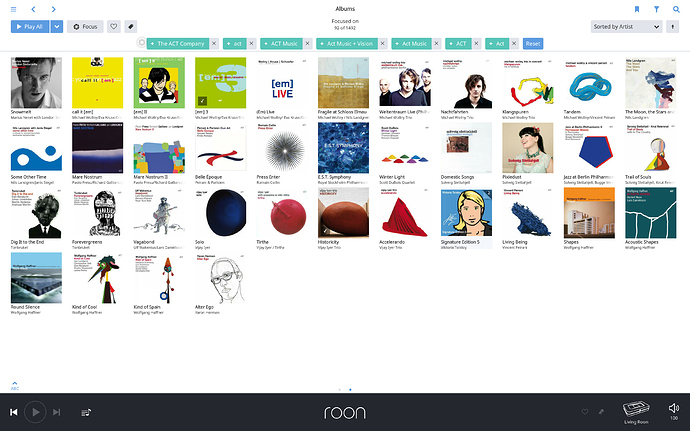 Thanks guys for the screenshots, much appreciated (that’s this evening sorted!)

Sure. I will try to do it tomorrow and share it here.

I agree. From a consumer point of view is a very good idea :-). But probably not profitable for a label and artists. I don’t think that Manfred Eicher decide to sign the agreement with Tidal.

Or at least with my yearly spend they should.

I’ve added all the albums in the screenshots to My Music on Tidal. There are 120 odd.

I’d make a playlist to share here but can’t find a way of adding multiple albums to a playlist in Tidal - anyone know if it’s possible? (I’ll lose the will to live doing it one at a time)

Or is there a way of doing this directly in Roon?

Thanks.
I overlap a lot (as usual with you), although many of these are new additions inspired by this thread, not yet evaluated.
Not all of them light my fire.