Adding a Favorite should work better

IMO the add to library, heart logic really needs some work.
Let me provided this example…

I added this album to my library (to provide an example)…
You can see the heart appears. Great right… 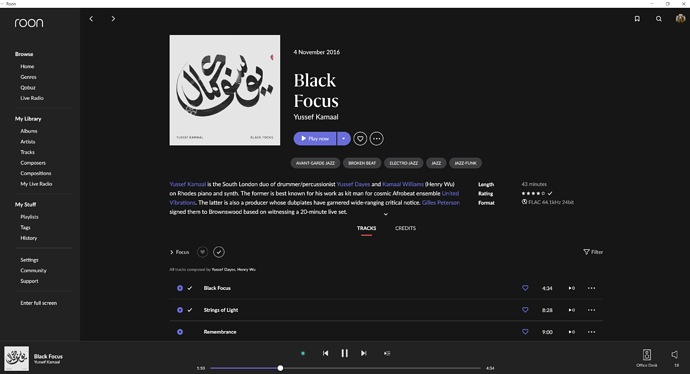 Yet, if I then click on the album name in the now playing bar… I get this: 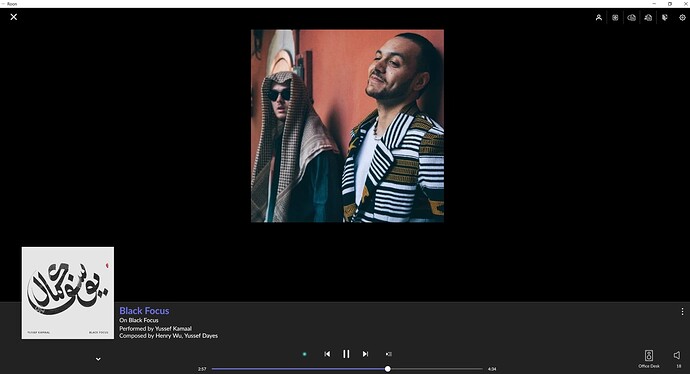 Clicking on black focus then provides this:
The album not showing in library?? this is very confusing, the system doesn’t seem to know its been added… 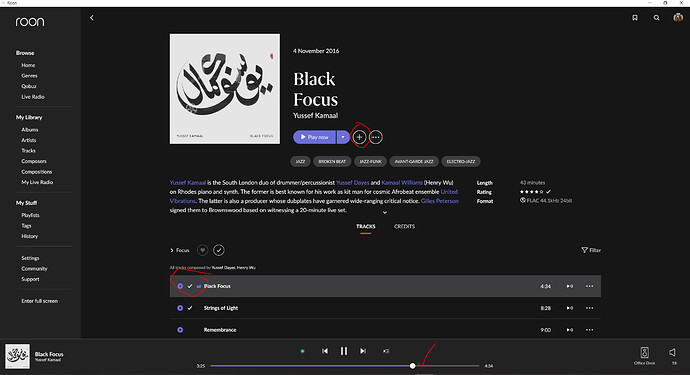 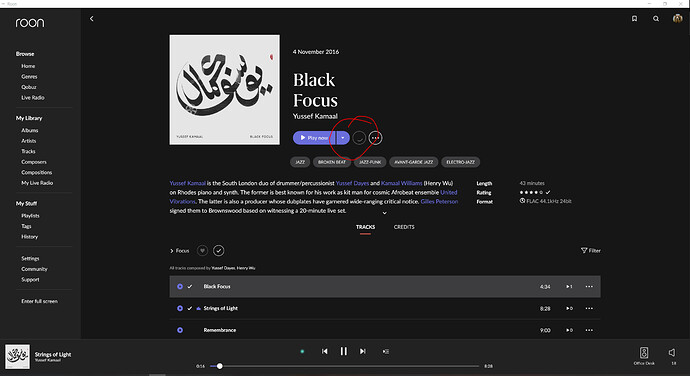 IMO, it would make sense as soon as an album is added to library, the track being played “updates” to the library track, so the album can be hearted, etc.
If or when the album is clicked on, this should be the library album.

The solution is to add the album, then play the track. If you want it to function differently, then I suggest you add your vote to a thread in Feature Requests for this, or, make a new one if one does not already exist.

Also, you were adding on to a old support thread which no one would see, so I moved you post to a new thread. If you want the title to read differently, let me know.

The experience above details a scenario which shouldn’t be able to happen.
The software is producing states of error (without messaging) which don’t need to be present.

Lets take this scenario:
If you discover a track you like (Yes its playing, makes sense if you are listening/discovery new music), and then you add the corresponding album to your library, IMO Roon software should update the tracks/album status, recategorising as library.

This seems logical, and would remove the experience I detailed above.

That’s exactly what I keep finding. I don’t add to my Library until I have listened to a few tracks at least, but then can’t favourite tracks without going to the album version in my Library-rather than the queue/now playing-or even navigating back to the album screen where I added it. It’s soooo clunky and unintuitive.
As you suggest (and I have suggested elsewhere) if when you add an album it updated the version now playing and in the queue to the one in your Library, it would be a more logical experience.
Fingers crossed for a fix in an update soon!

I just wonder if the reason the user experience doesn’t follow our suggestion is because the code is difficult implement.

Perhaps-but I’m pretty sure if they made it a priority they could do it? After all, they managed to build what, this aside, is an amazing listening/music discovery experience?
Fingers crossed one of the boffins gets bugged by it too!

This and TIDAL Daily Discovery mix not showing in the TIDAL tab (though I found a work around) are the only negatives I have had so far. Fingers crossed it stays that way!