All tracks are credited to Akira Jombo, but the artist is listed in Japanese 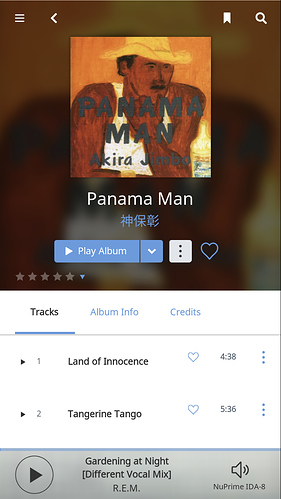 Hi Evan, this is simply down to the quality of metadata for this album. Rovi has no track info and, although MusicBrainz (whose policy it is to have the artist in native script) had an English locale name for him, it wasn’t marked as such. I’ve made an edit and it should be with you later this week.