I sometimes encounter this type of problem with album art before and after identifying an album. I will take as example album by Nigel Kennedy “Tchaikowsky, Sibelius: Violin Concertos”, 1992 on EMI. When selecting the album and going Edit > Identify, I am offered this suggestion list : 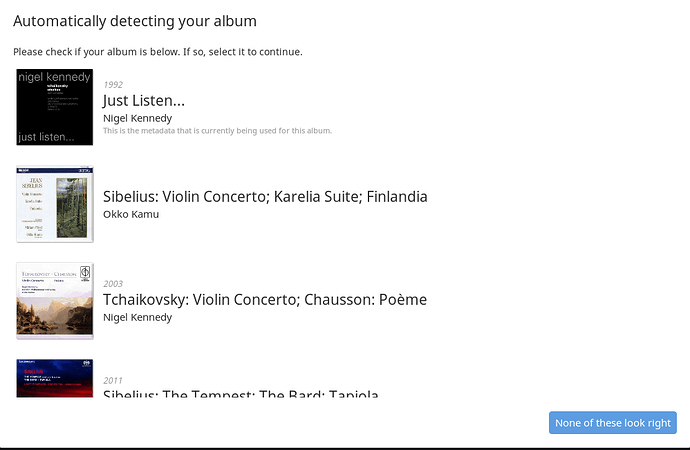 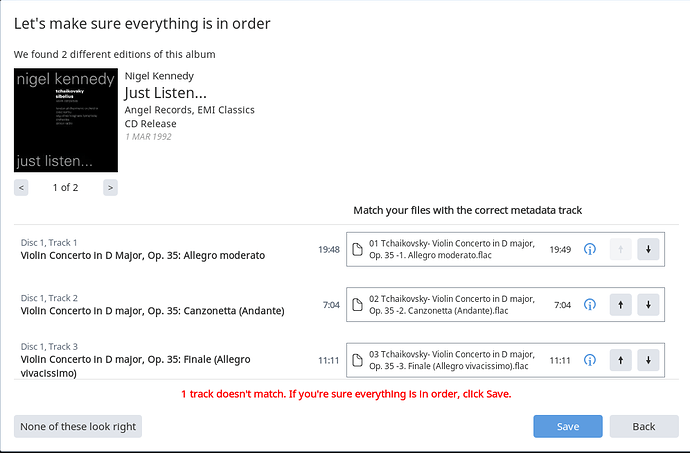 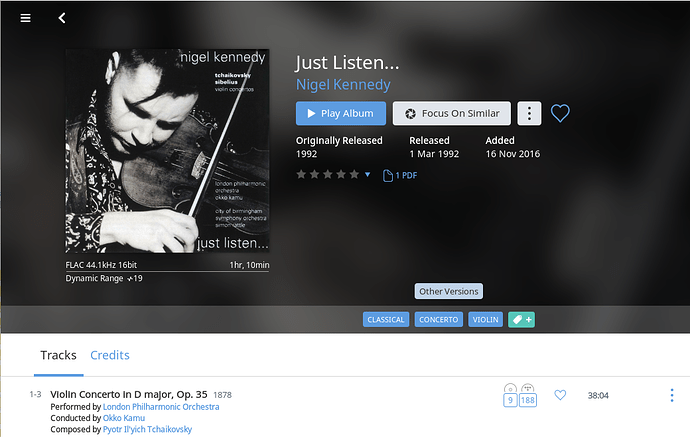 Capture6.PNG1040×659 322 KB
Note that the album art disagrees with what was shown in the suggested match list above. To confirm that I am really seeing the Roon version of the album art and not the one embedded in the file tags, I go to Edit > Edit Fields : 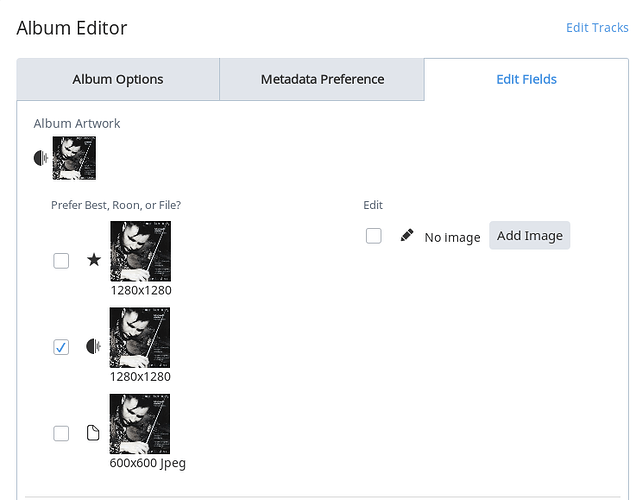 It should be noted that the album art used by Roon in the library is the good one. It is the one shown in the initial match list that is wrong. The problem with this situation is evidently that, based on improper album art, one could reject a match proposed by Roon and conclude that the album cannot be identified. How can the pre-identification and post-identication album art versions be reconciled ?

@Andre_Gosselin Hi Andre. There are a number of things which could be happening, but I’ll be honest and say that I’m slightly surprised! I’ve given myself a ticket to investigate.

Thanks for letting us know.