I’ve recently been working on the album art side of things, and wanted to share some thoughts for some feedback and to see what others are doing.

This leads onto my system regarding album art. First of all, I try and make sure that the front cover corresponds to the exact version/release. I then try and do the same for the back cover and any liner notes as far as possible.

What I have also been working on is having a visual cue as to what the media type is - i.e. CD, vinyl, cassette, digital download etc. I’ve been trying to make the image as true to the original as possible. For example, CD releases are usually in jewel cases though may also be in a digipak, box or a range of other packaging. So for CDs in jewel cases, I use a Photoshop jewel case template image and put the cover inside: 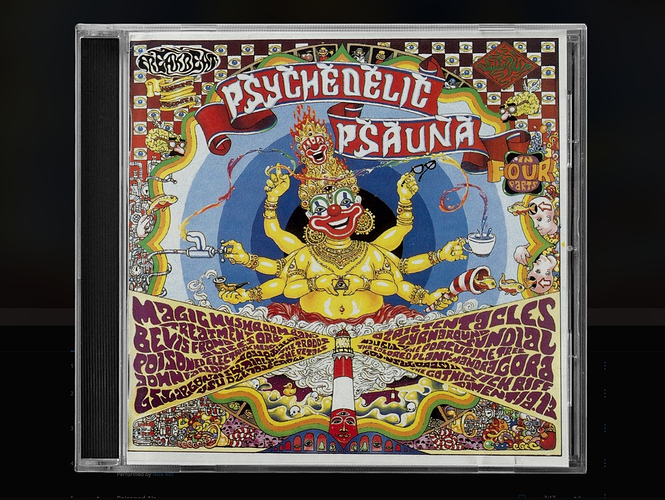 I try to make the jewel case just like the original, e.g. for this one I tinted it blue: 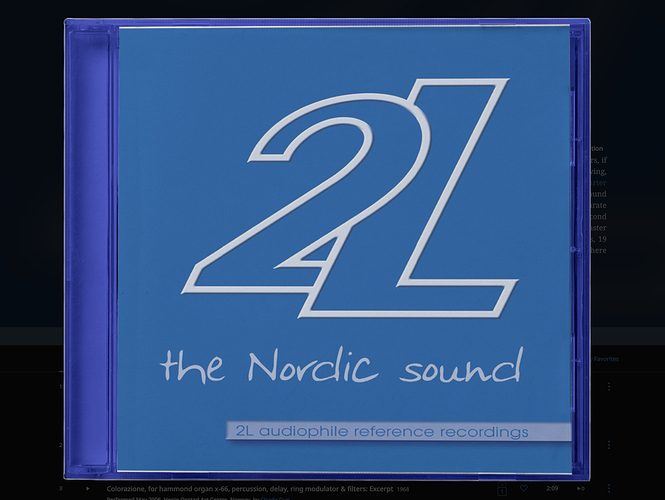 CDs that came in an outer cardboard sleeve are represented as such: 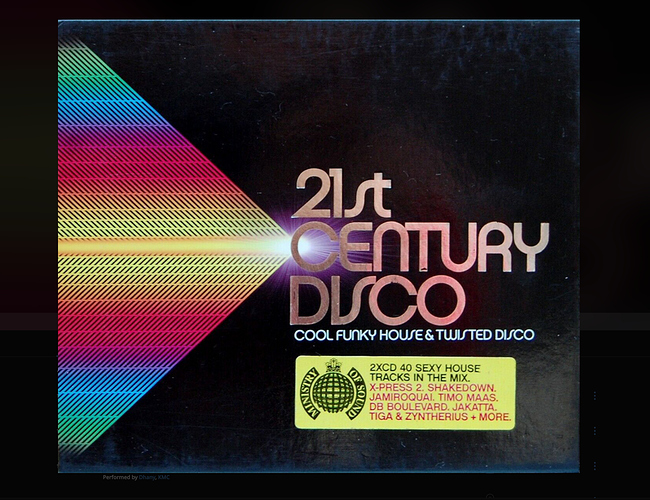 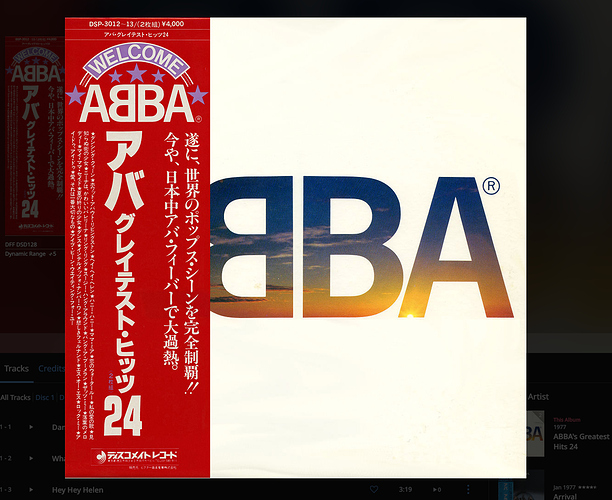 For cassette, it’s similarly the front of the box, with the rest of the case available as other scans: 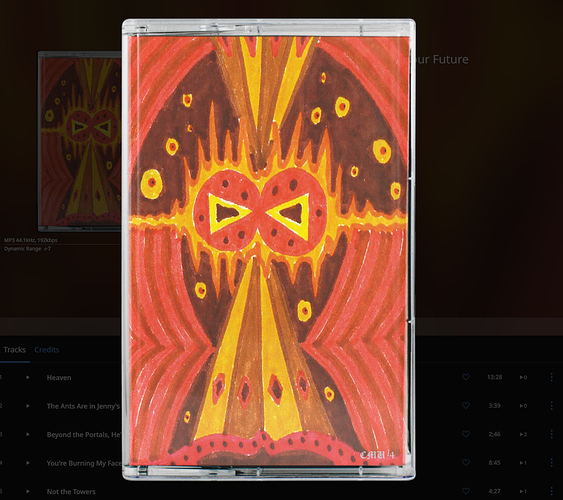 Digital downloads were tricky; I wanted some visual cue to differentiate them from vinyl. In the end I took some artistic license and am using a transparent plastic sleeve for the cover: 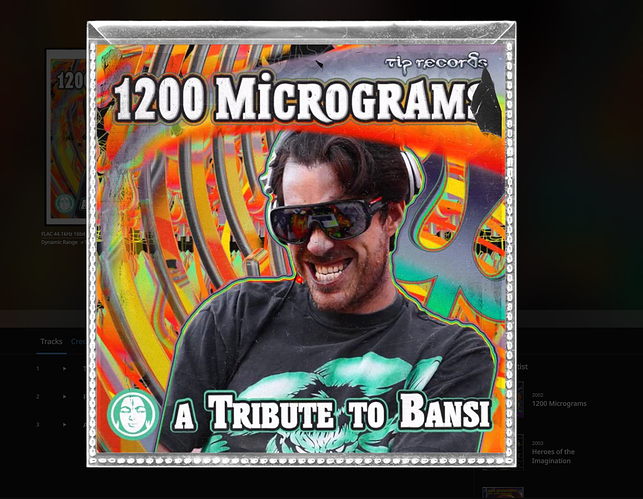 For box sets, I use the front cover of the box set; depending on the shape this can look like a square CD cover, so I use a subtle template to make it look more like a box (if it doesn’t look that way already): 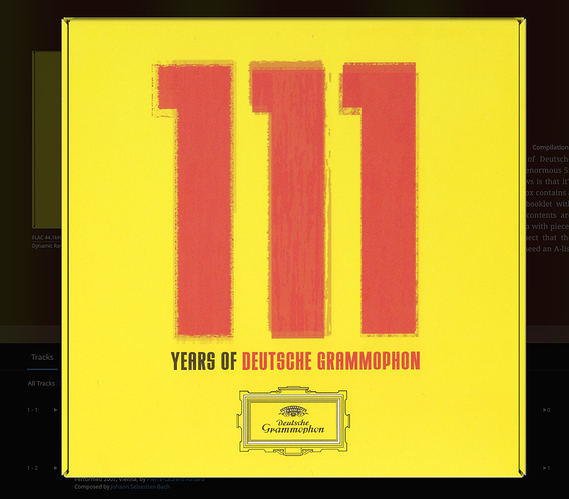 So this way, when browsing through albums (or different versions of the same album), you can immediately see the music format (i.e. what it was ripped/downloaded from) as well as the correct artwork. I think this makes your music collection look more unique, accurate and personalised. I also put the original media in the album version tag.

I found the default setting, i.e. all the album art being similar square pictures, a bit too homogenous and looking more like computer JPGs rather than the original media.

It will be quite a large job to do all the albums this way, and it might be impractical to do all of my 9500 albums, but it is nice once done. Keen on others’ thoughts or suggestions.

This is beautiful, I’m new to Roon and still trying to figure out how to organize my library, I have not got to Artwork yet, but your artwork is beautiful. Is there a source of info, like how to you get back cover art into Roon, it would be nice to see a kb article or something that describes all the tips and tricks.

You have multiple Media types, how does that map to the fact that everything we are listening to is Digital, or are you saying that a vinyl version of an album was digitized and that’s what your listening to?

Also, I still play my vinyls and use Discogs, in there you will get artwork, and sometimes that list multiple iterations, for instance the original album was wrapped in plastic with stickers, then removing that you have the vinyl with the obi strip as you list, and then there’s the real cover by itself, along with pics of the Vinyl itself, thus it would be nice to have all those bases covered, and unfortunately a lot of work.

I bookmarked this for ideas, Thanks for starting this thread.

Thanks for that @geoB. I too think it looks much better. It does mean that the actual album art is just slightly smaller in Roon (as the case takes up a bit of the room). This is fine, but I hope that the Roon team will in the future allow the user to perhaps modify the layout somewhat, as there is currently a lot of unused space on my 24” monitor.

You asked a few questions about sources for images. Good point about there being multiple media types, but only digital in Roon. The media image is to represent where the music came from (I.e. that particular version of it). The media source in other words. So if the music was ripped from vinyl (which many people do to try and get a higher res or a particular version) then that is what is represented with the art. Similarly for CDs or other formats. In my collection, probably about 75-80% of the music will have been sourced (ripped) from CDs.

Discogs is excellent for determining the correct album art, but only mediocre for the images themselves as they have a low resolution cap to avoid copyright issues. If you don’t want to or are not able to scan the artwork yourself then there are a number of online sources, google image search being one! There used to be some excellent websites like allcdcovers.com, but most of those have shut down. With some perseverance (and occasional recourse to scans/photos on places like eBay) you can usually find most of the artwork you’re looking for, including with & without obi strip as you mention.

This is just awesome! Thanks for sharing!

Personally I prefer all album art in uniform presentation, 1,000 x 1,000 jpg, but it is entirely a matter of taste.

In my experience easily the best source of high quality curated images is https://www.albumartexchange.com/covers

You have to register to get covers without watermarks, but it is free. They have nearly 600,000 user provided images now, although there are many duplicates. It is better for rock, pop and jazz than for classical, but there are more classical covers than you might expect too.

That site is OK, but it tends to be front covers only and not rear covers or liner notes. It’s the latter 2 that can be more challenging to track down in some cases.

I should add, I do the same with the back: 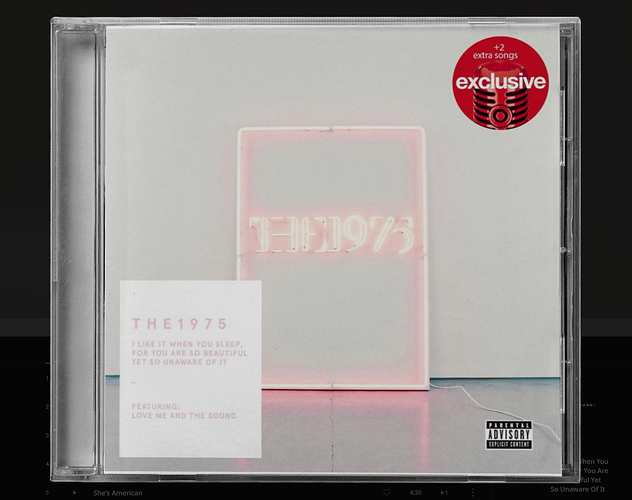 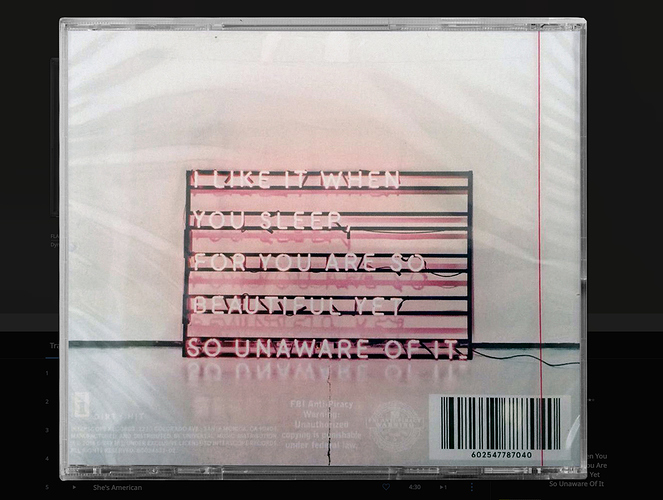 This is cool but confess I’m pretty lax and easy going about cover art. I tend to leave it to Roon. I occasionally kid myself I’ll scan some or all of the CD packaging but ripping was pretty soul destroying…