I just added Jarrett’s Munich 2016 album. The album is marked as live, but when I look at the track data, they are not marked as live. Why not? Shouldn’t album data carry over to the tracks?

Hi @Stan_Jones — Can you share a screenshot of this album with us? Thanks!

I have already edited the tracks to change them to Live. It also did not have any recording date and I entered that. I see I have not entered the recording location (though from the cover you can probably tell where that is). 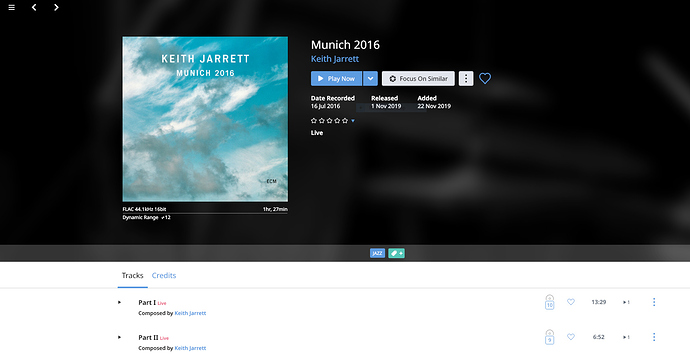 And for the record I have found that for most of my albums that have Live checked at the album level do not have Live checked at the track level, so the problem is not just one with the Jarrett album, but is general and pre-dates 1.7. And I have tested it the other way - if each of the tracks is checked as Live, the album is not itself (automatically) checked as Live. Is there no connection between what is entered for tracks and what is entered for albums?

I just noticed: I have the same issue with Munich 2016