Album does not show as part of my library

If I add an album I am playing to the library and then cycle through thescreens for the track and back to the album it no longer shows as part of the libary even though it is there. 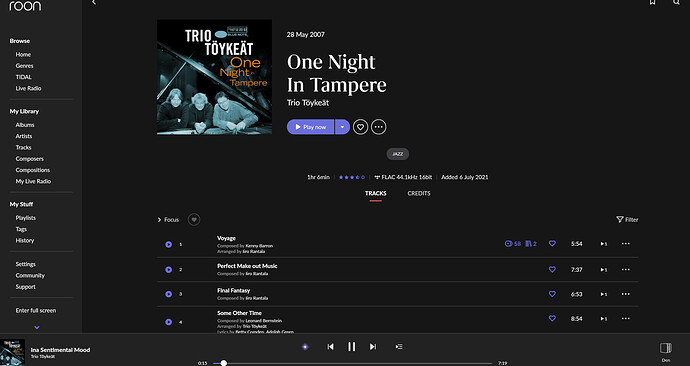 image1829×909 131 KB
After clicking on the track and returning to the album: No sign of being in the libary. Can aonlly see it is in the libary by going to recently added under home

NO other than adding to the libary

Please share a screenshot of your import settings in Settings > Library. 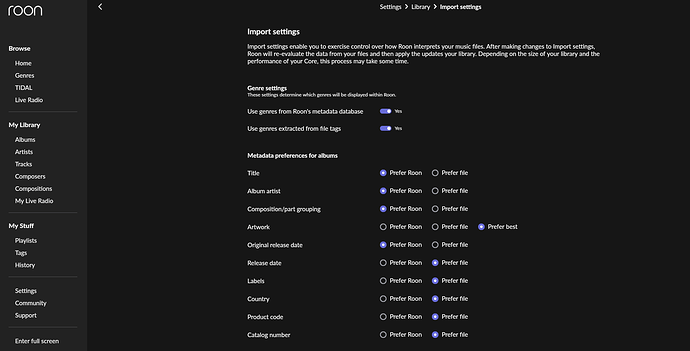 What Core are you using , what OS ,and what Language and what Remote device and OS

The two “umlauts” in the Tokyeat may be an issue maybe. There have been reports previously of accented letter causing issues.

Can you detail what you did so I can try and reproduce ?

I am Win 10 , English US , I can add this album from Tidal and manipulate it with no issues ?

Both are using English Australian 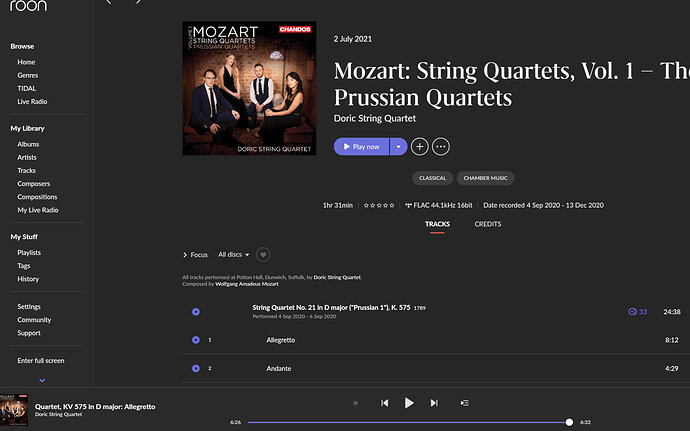 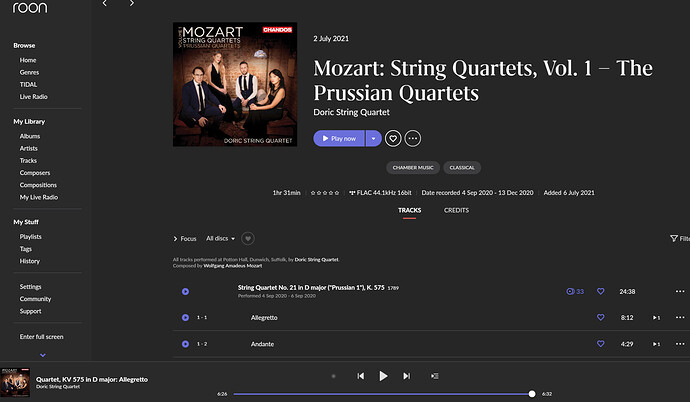 Then click on the image of the Album lower left corner 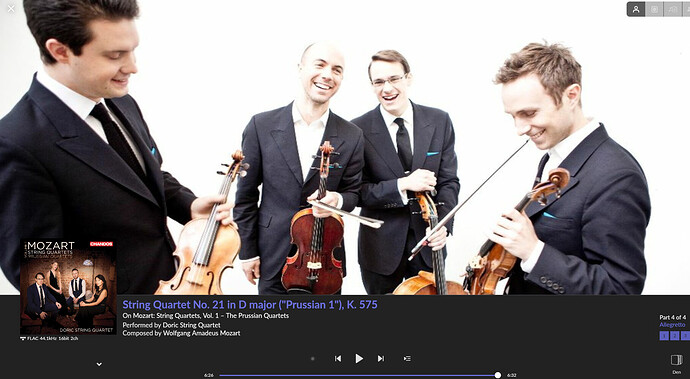 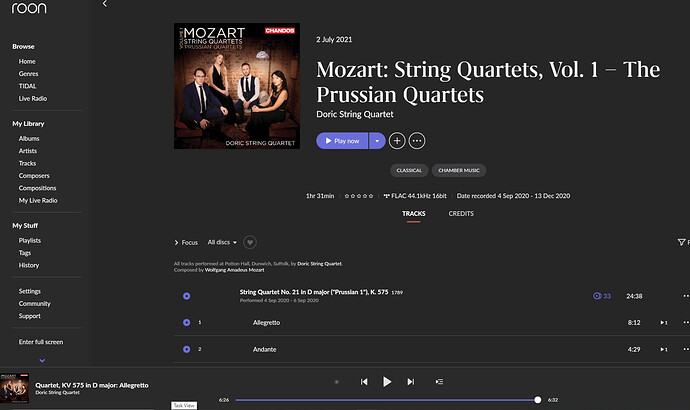 image1673×996 162 KB
As you can see, it no longer shows as being part of the library.
If you now click on the plus sign again, it just hangs until you move to another screen.

This issue applies to every album I acces in Roon from Tidal.

I used the same album as an example , it works fine for me !!

I am Windows 10 Core and iPad Pro remote . Even working only on the Windows core it still remains in my library , I even played it through to the end of the first work

This is what I get and would expect

strange . I wonder if there is a weird setting somewhere , I don’t know where mind !! maybe its a Tidal Australia quirk , I’m in South Africa. Adding to library also sets a Favourite in Tidal, maybe check the Tidal app to see if it shows. It does for me. Can you turn off adding favourites I wonder?

I have added numerous albums from Tidal with “normal” results

Lets see what @support come up with

You are playing the album from Tidal, not the one from your library.

This brings you to the album details page of the currently playing album, which is the one from Tidal and not the one from your library. More about this:

Thanks. It does appear to work differently when using an ipad as the remote.

Thanks for that. Why is it working as I expect on an Ipad but not under windows?
Also, If I am in the Roon app under windows shouldn’t it show as part of the library once added? How can I cycle through reviews etc and still know halfway through an album whether I already have it in Roon?