Album - "view all" button is always not shown 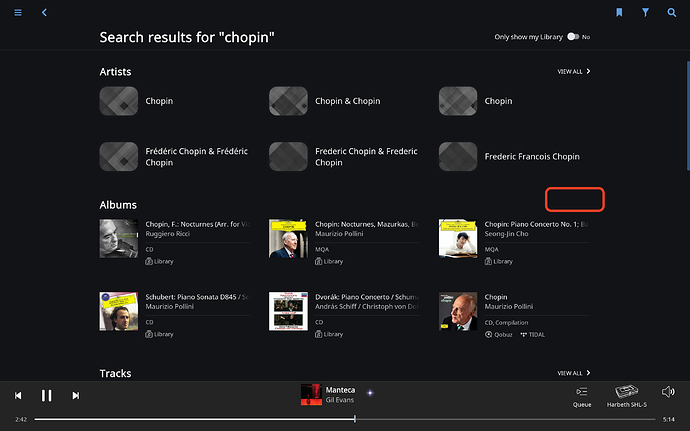 view all button is always not shown in just only album category.
(MacOS)

I think that, in this case, you only have six Album results.

I’m in the US. I’m seeing the same thing. When I search Tidal for Thelonius Monk I get this result: 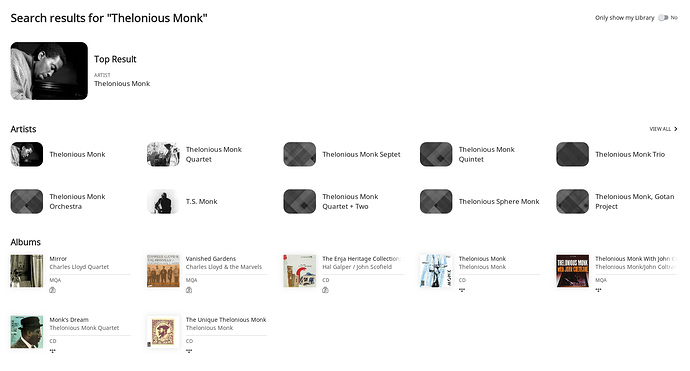 It does not have View All for Albums and it only shows 4 albums with his name. The Tidal app shows many more. I do not have any of his albums in my library.

If I click on the Top Result link I get a page with links to 2 tracks in my library performed by other artists and 276 tracks on Tidal as well as sections for Similar To, Followed By, Influenced By, Collaborated With and Associated With but no list of albums. The content is too long to screen capture everything but here is the part that shows the links to Compositions, My Library and Tidal followed by Similar To. 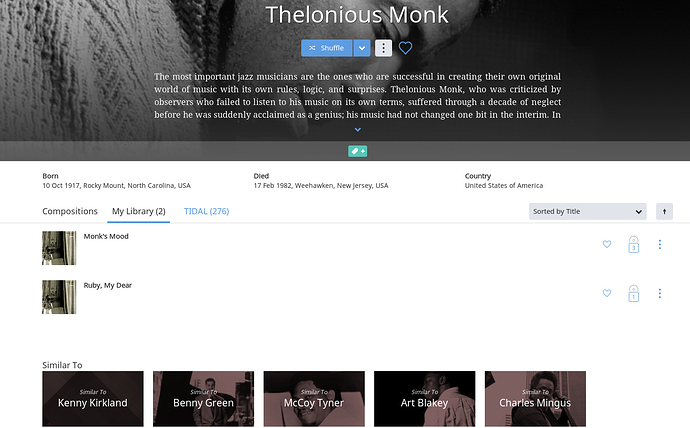 Seems like there should be a link to Albums somewhere.

Thanks for your opinion, but it cannot happen there are only six albums which are composed by frederic chopin in tidal and qobuz.

Thank you for sharing info.
JIN.