I’m not sure how this kind of thing happens, but please please fix it quick!
Alice In Chains is listed as a primary artist on the song “Tears” on Rush’s 2112. 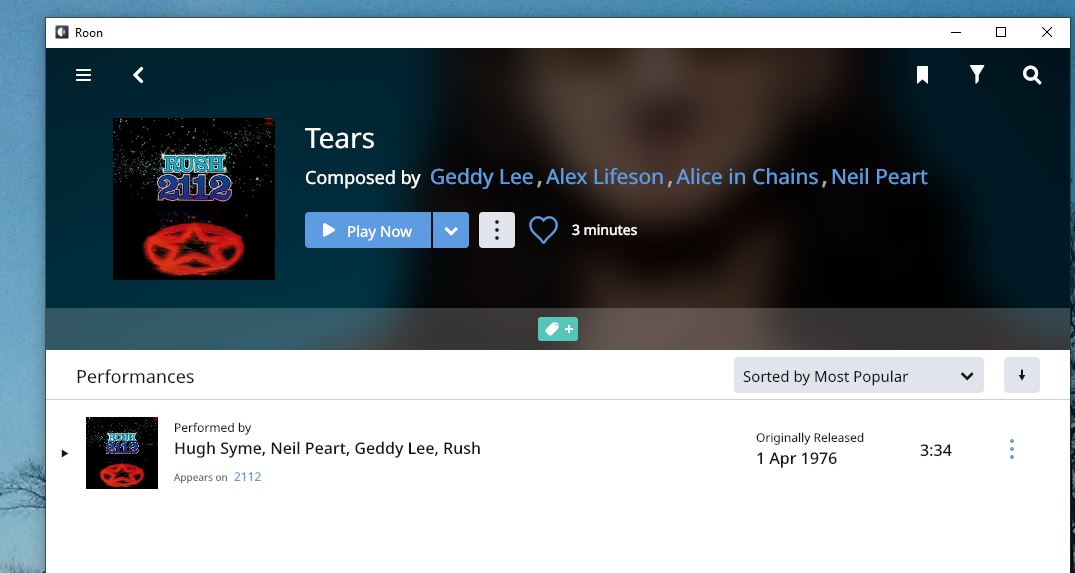 Looks like you’ve picked up the meta data for the 40th anniversary edition. Try re-identifying the album.

Alice In Chains is listed as a primary artist on the song “Tears” on Rush’s 2112.

Citation needed. On your screenshot “Alice in Chains” is listed as a composer (amongst others).

PS: Why are there any others than Geddy Lee listed anyway?

"Tears" is a song by the Canadian progressive rock band Rush. It appears on their 1976 album 2112. It is the first Rush song to feature the Mellotron, which Hugh Syme plays.   Geddy Lee said in an interview about the song: "'Tears' is a romantic ballad to give the album even more variety and depth. Mellotrons are very unique-sounding; they sound sorta electric, but also kinda stringy, they have this real resin-y sound to them, which is very cool and unique to that period." Music Emissions said ...

Alice In Chains performed a cover of this song about 4 years ago. That may have also lead to the mistaken listing under AIC.

Thanks for letting us know, @Charles_Snider. Our team is investigating how we can do better here. We appreciate the feedback!