Thanks again Johan for enlightening into some of the valuable implications into doing both EQ and 384 kHz. Now I read up on some things in the mean time.

When it comes to sampling rates (384 kHz etc) there is the interesting fact of how small time differences we can hear. Like some displays are said to be “retina” display, meaning small enough pixels to not be able to see the pixels by the eye, there are the same fact of sample rates. When the sample rate is 192 kHz each time between the samples are 5,2 microseconds. Our hearing of time differences are very good, about 6-7 microseconds, which makes a sample rate of 192 kHz small enough to not distinguish any smaller difference. But of course it´s easier to make a good filter on a higher sampling frequency, so the DAC in Allo Boss (TI PCM5122) is working internally on 384 kHz. This means the signal is up sampled to 384 kHz. So internally the filter then can be more optimal having 384 kHz than “only” 192 kHz, but taking samples above 192 kHz is probably not going to make things much better.

What does matter is having a very good clock signal, like Allo Kali have. Actually, Allo Boss I didn’t see data on the clock jitter. Maybe you have data on how the Boss’s clock compare to All Kali’s?

The other factor is having a stable and clean voltage feed to the analog circuits and clock generator, as this becomes direct distortion added to the output signal. The Allo Boss is designed, as far as I understand, with this philosophy in mind. Correct me if I got it wrong.

So the gain in audio quality is much bigger handling jitter and a stable voltage feed than 192 to 384 kHz to my reality.

Not much to correct seems that you read some whitepapers

Analog design its an art…thats one of the first things I learned . Of course its not true…not entirely . First you need to take care of electrons , clean and plentiful power is the first key. Second even if one door is open , the maze is not solved. With clean power, on the sigma delta , jitter is the most important thing. Kali has about 3ps of jitter and Boss is under the measuring floor of our machine at about 0.63 ps. However you need to understand that at picoseconds level the difference between 3 and 0.6ps is just too small to imagine or for our brain to distinguish (3ps = light travels 1 millimeter) .

So yes analog design is a whole, everything matters in various degrees (like one of my friends from forums says). The power supply , decoupling , PCB routing , resistor (thin film), capacitors (film preferably ) , jitter and of course the DAC IC.

Its an art only in the sense that with hard work you must create something beautiful , bigger than the sum of its parts. And yeah , hope that it becomes commercially a success…

Ok, so I’m pretty set up for the Allo Boss DAC, but before choosing I have one more idea to improve my setup. I wonder if the Allo Boss DAC can be used in a multi speaker (not multi room) setup?

Here is my idea:

I don´t know if this is possible software and hardware-wise, but I see a future market for your Allo products mentioned in point 1 to be used in such a setup.

What is your take on this?

Any known software which could handle this setup of multi speaker streams (not multi room)?

3 weeks have passed but i don’t see any closed cases on your website suitable for the RPi and Boss.

we are waiting for the final spacers…on Monday we will post the pics of the casing and hopefully by Friday we will take orders.

Hi,
I am new to the audio DAC thing. After reading this review I ordered Allo Boss DAC and installed on RPi 3 together with DietPi image. I install also Mate desktop and in setup I chose Allo Boss audio card. After reboot I tried to play music video from you tube in Firefox browser. When I started playing video clip I heard high pitched disturbed sound when add in that video was playing. After that add finished the rest of the video played normally.
My question is do I missed something in stetting, some extra codecs needs to be installed or some function in DietPi Config.txt needs to be enabled/disabled.
Thanks in advance for any help.

I think that the adds are not 44/48Khz sample rate. Master dacs will only play files that are 44/48Khz or exact multiple

Thanks.
I was thinking abut the same, that adds must be made with sample rates Boss don’t recognize.
I have another question.: Do Allo Boss driver is incorporated in Max2Play image?

Boss driver is already on RPI mainline (for the past week) but it depends on when the player software updates the kernel.
I will check with Max2play .

Thanks for trying to help.
I installed Max2play today and there is the option to install Allo Boss sound card.
now i understand what this review was about. I compared Allo Boss to regular pc Sound card,
not only I hear the music but also I filed the sound. The Boss is real little gem.
Btw what you mean by “RPi mainline” 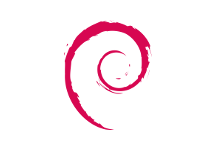 Raspbian is the Foundation's official supported operating system. You can install it with NOOBS or download the image below.

I took delivery of the boss dac this week and I must say I’m very impressed with it.

Most of my listening is done at low volume and the detail the dac gives out is still evident in spades.
I’m most impressed however how vocals are never lost into the instrumentation at low level. This is a problem I’ve had with previous dacs I’ve used.

An absolute bargain of a dac if you ask me.

Please can you suggest which application is best to use with Boss DAC?
Till now I used Volumio2 but I’m not sure is driver for Boss Dac included in newest version.

I have al my RPIs for Roon bridge running DietPi.
Very lightweight and easy to setup from the install menu.
DietPi is also one of first distributions to support new Allo DACs and responsive to issue fixing.

Still waiting for the case. I really want to order a Boss but a case is esential and I don’t like the current version offered without sides.

its coming , the offsets are sent today from Taiwan, as soon as we get it we will have the pics.

Johan, will these new cases only be for the Boss or will you be having units available for Kali + Piano 2.1 combo also? Only for Sparky or RPi or both?