Sometimes when studying, I like to stick on a bit of jazz, and add some rain and fireplace sounds in the background. I use a soft murmur or RainyMood when on mobile.

However, since using Roon, I don’t do this anymore because I use Roon’s Exclusive Mode on my device for the best sound quality, which means I cant have sounds from sources outside of Roon. So, I could simply turn off Roon’s exclusive mode when I want ambient sounds in the background, but it occurred to me that this would be an awesome feature to be included with Roon!

A simple page with some sliders as part of the menu or something? 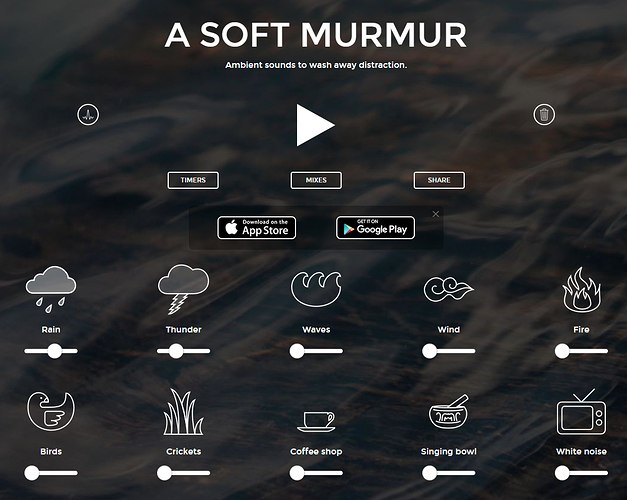 I know it’s not exactly what you’re asking for, but there’s a fair amount of this kind of material on Tidal. Just search for “nature sounds”,”ocean sounds”, etc. Once you’ve rounded up a collection of the kind of things you’d like, you can use custom tags, playlists, and the like to quickly get to what you want.

As far as I know, you can’t have two songs playing at the same time with Roon, certainly not with Exclusive Mode enabled.

(I spend a fair amount of time obsessing — mostly ineffectually — about the best way to lower the noise floor in my listening room, so your request here is creating some cognitive dissonance on my part.

At least on macOS you can open the Audio-Midi-Setup in the Utilities folder and create a Background and Foreground audio device. Select the output to your default sound device. As I don’t use Windows here, I can’t say if there is something similar possible there… 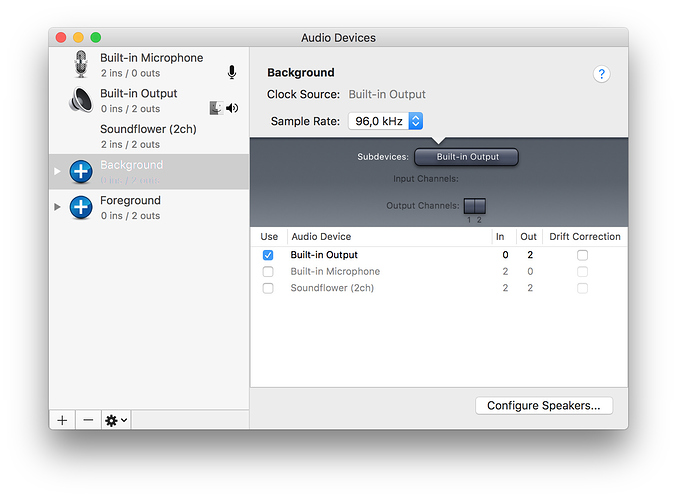 They should be listed afterwards in Roon. (If not hit “Refresh” in the audio settings).
Set them up as playback zones and play on both zones. It should work, but of course it won’t work for exclusive mode, but I guess you are not aiming for that… 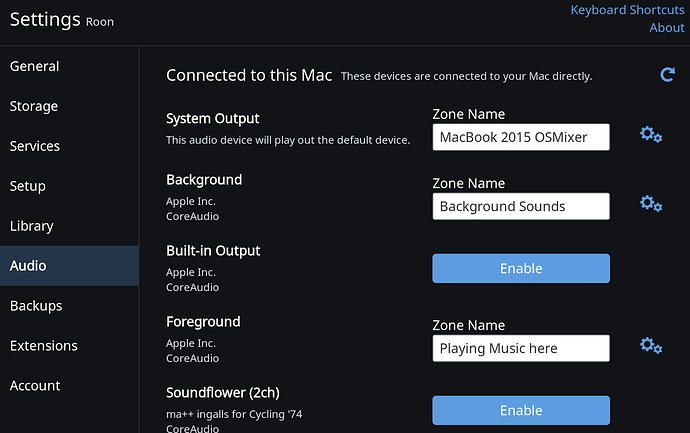 I apologise for not replying sooner. Thanks for your post but, indeed, this is not what I was aiming for.