App Store says "not compatible with this device"

I have an iPad Mini 2, which has a 64bit CPU, and am running iOS 9, but I still get a dialog box when seeking to download Roon Remote at the Apple app store that says “not compatible with this device”. I have downloaded the Roon desktop app on a PC rather than a Mac, but I didn’t think that would be an issue. Is that correct? Do you know of any other reason that I am getting the incompatibility message? Thanks.

Hey @Rod_Cash – that definitely sounds like it should work. Can you confirm the model number on the back of the iPad? 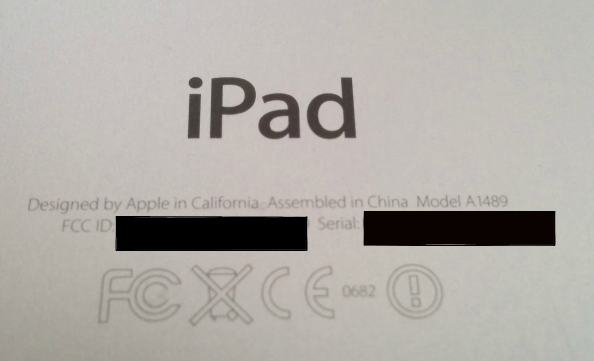 In this shot, the number I’m looking for is A1489, so let me know what yours says and we’ll figure this out.

Thanks anyway- I appreciate the quick response.

Hi trying free trial but also have iPad 2 mini 64 bit proc and app will not download. The number on the back of the iPad is A 1432 so presumably it’s a no go and it’s only about a year old. What current iPad minis will definitely work with the roon app.many thanks

All other Mini’s (2, 3 and 4) are 64-bit and will run Roon. The 4 is especially nice: thin, fast and with a much better display. The 2 may be available for a low price though, and will run Roon just as happily.

The number on the back of the iPad is A 1432 so presumably it’s a no go and it’s only about a year old.

Argh… it sucks that Apple sells this old stuff so long after introducing newer models. This iPad was introduced October 23rd, 2012!

And there’s no way Roon Remote for iOS will ever be ported to 32 bit?

Hopefully the sdk will allow at least third party remote control for transport and volume controls on older devices. If there’s nothing appropriate out there I might get a friend to write one for me!

I would love the same for my old ios devices, so they get some extra use.

Hopefully the sdk will allow at least third party remote control for transport and volume controls on older devices.

A quick Google search for that number takes me to: https://everymac.com/ultimate-mac-lookup/?search_keywords=MD528LL/A

That states it is an iPad Mini.

Our FAQ: What models of iPhone and iPad can I use Roon with? page shows that the oldest iPad supported from the “Mini” line is the iPad Mini 2.

Yeah; I just searched too. Sorry

I could have sworn…I had a Mini 2.