In ‘Artists’ → Discography, certain albums are incorrectly not mentioned that they are in my library. (After ticking the ‘in library icon’ they show up). This phenomenon occurs with all artists. I checked the corresponding album information (title etc) but they are always correct and identical to the TIDAL version. It doesn’t appear on all the albums I have in my library; some do, some don’t.
I know this behaviour is reported before version 790 but it still occurs in 790.

Hey @Jan_Willem, can you post a few examples with screenshots?

I’ve noticed a similar behavior here and there in my collection. With “Against the Grain” for example… 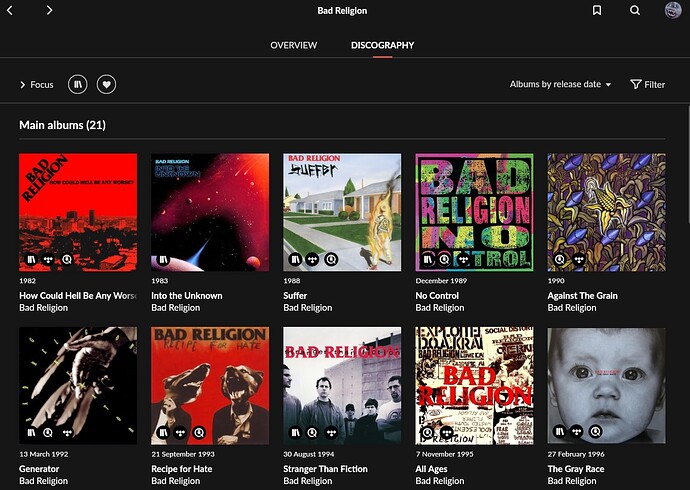 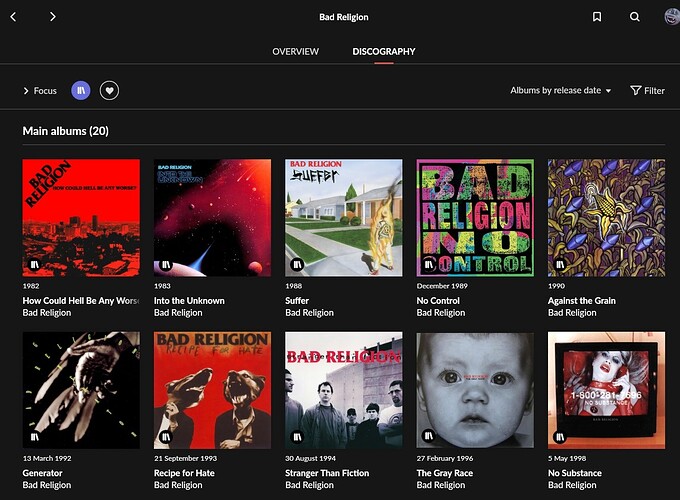 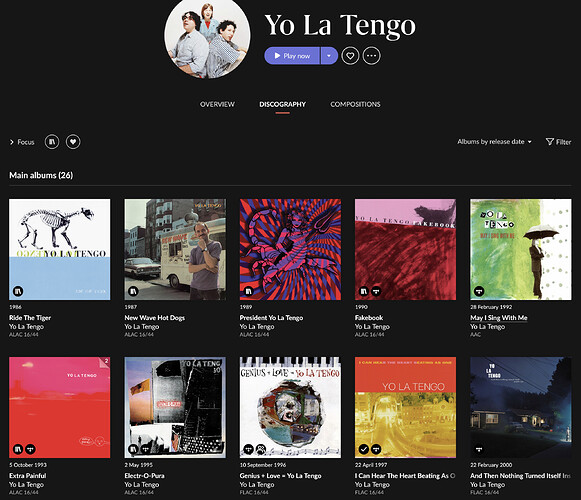 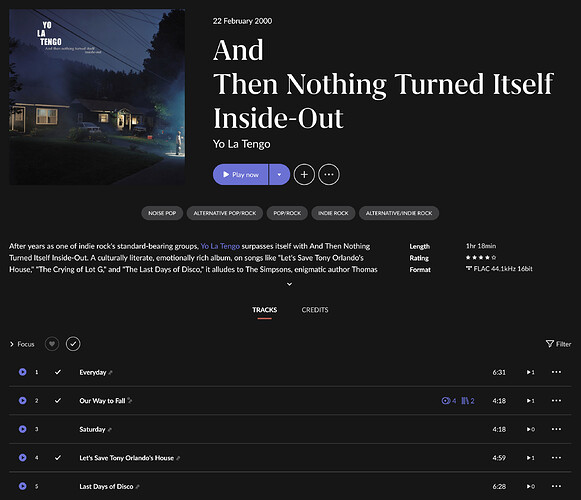 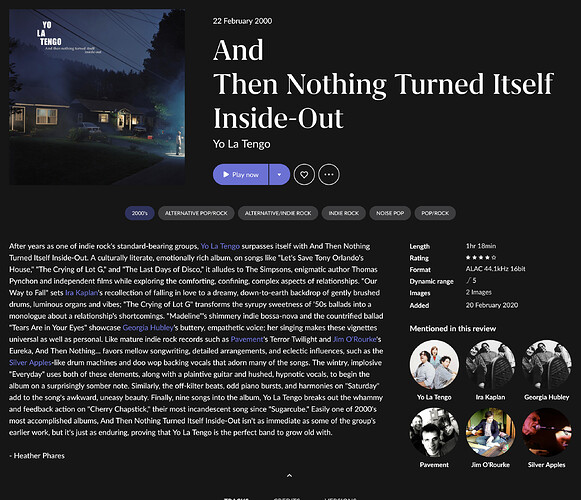 Thanks for posting those screenshots @Jan_Willem & @Jason_Henry! It’s a big help.

It may seem like something is broken here, but both of these examples appear to be working as expected. For a more comprehensive explanation, check out the discussion here:

Some local albums still not showing after 790 update Support

Thanks for the response @kevin … My main frustration with the new Discography view is that there isn’t a quick way to see all the albums I don’t have have in my collection. The seemingly random issue if not having a Library icon attached to albums I do have in my collection, on the default view, makes the Discography view feel a bit messy and not as useful as I feel it otherwise could be.

My main frustration with the new Discography view is that there isn’t a quick way to see all the albums I don’t have have in my collection.

Agreed - and this has been raised as a Feature Request.

[image] Problem: Although we have library badges to denote library titles in Discography, these are small and pretty hard to parse on the album cover. Solution: Adapt the Library toggle switch to work three ways so it goes All > In Library > Not in Library in a similar vein to the old focus switches that went from blue to red when toggling an exclusion filter.

@kevin Still there’s something not working in Library view.
See pic 1: The album ‘Fakebook’ has the TIDAL + Library icon while album ‘And then nothing turned etc.’ has only the TIDAL icon while it is also in my library…

@Jan_Willem As a work around, you can add that Tidal album to your library and then if you set “Show hidden tracks and Albums” to NO, in settings, it’ll display as you expect. At least it did when I tried it for “Against the Grain”. 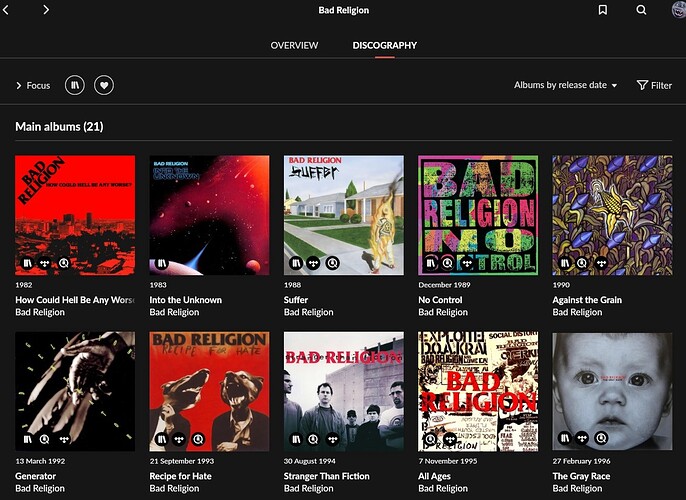 If I had to guess, the issue stems from either the Format being different or, in my case, the Version tag being different than what Tidal/Qobuz has. I changed my Version to match what was on Tidal/Qobuz, which is blank, while I had 2004 Remaster tagged in there. Against the Grain now displays properly without having to fall back on the work around I listed above.