Not sure what’s changed but I’ve just noticed a few entries for Frederick Martin Reiner appearing instead of the more customary Fritz Reiner. My tags are for Fritz Reiner. 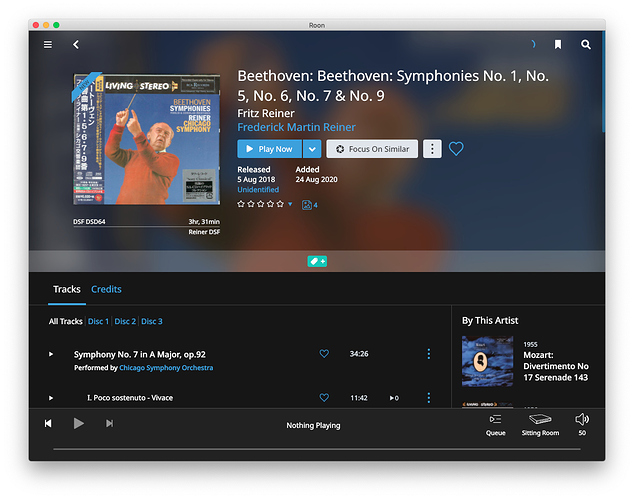 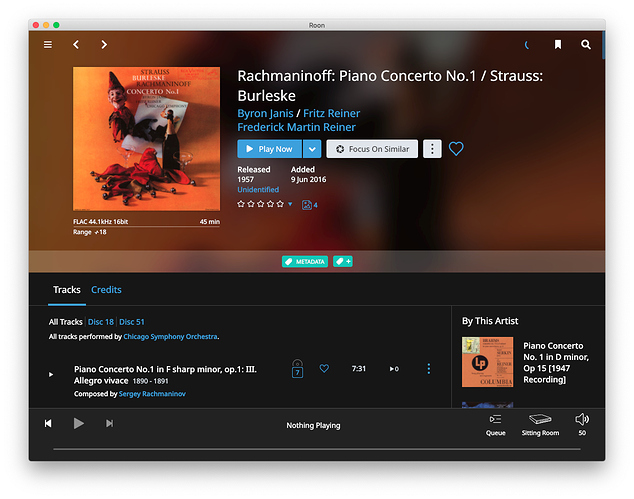 @dpstjp,
Is Frederick listed under Album Credits? If so, you should be able to remove his credit by editing the album listing.
SK

neither of these albums are identified, and as my tags are all Fritz Reiner it’s Roon that’s making Fritz into Frederick Martin by default.

Frederick Martin is not credited.

The Strauss album is known to Roon (it’s available via Qobuz as a 1994 release), so you should be able to get it identified in Roon. Does this remove the “Frederick Martin” for this album, at least?

If you don’t mind me asking. What works have you actually got on that unidentified Rachmaninov / Strauss?

As it happens, there are also slight differences in track timings of the two disks. Your 3rd movement at 7.31 matches the disk 51 pairing with the Liszt and not the disk 18 pairing with the Strauss. I know this doesn’t have anything to do with the equivalencing problem, but it is probably worth taking a closer look at your tags and getting an identification as @Geoff_Coupe suggests. Maybe the equivalencing problem will then go away.

I now suddenly have 8 Frederick Martin’s out of the blue. One primary artist and seven appearances. 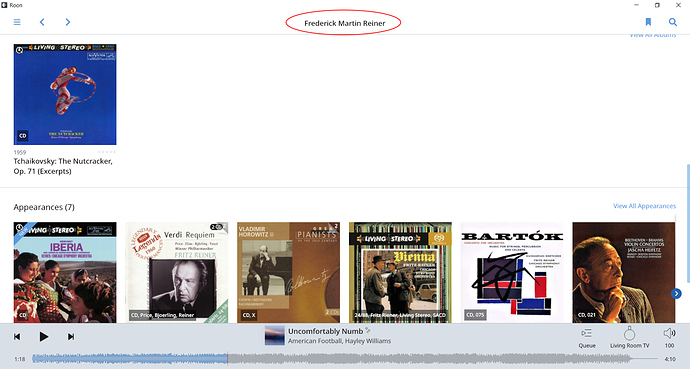 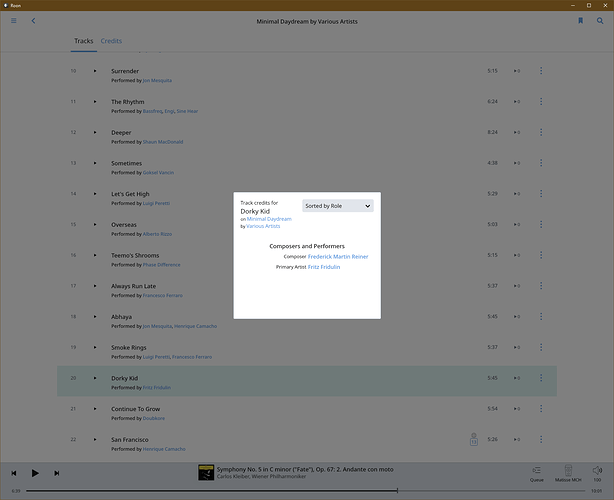 Reiner (the conductor) not well-liked apparently.

One remarkable manifestation of the orchestra musicians feelings was that, at his funeral, many eminent artists from the musical world attended, but not one of the musicians from his former orchestras in Chicago or Pittsburgh attended. There were recurring jokes from Pittsburgh and Chicago musicians that Reiner had fired some of his pallbearers

Hi @dpstjp — Can you send us one of these albums so we can take a look? You can upload the album after zipping it up here:

Sorry, @dylan, missed this. I’ll try and sort it tomorrow.

@dylan, can you send me a new link. I’ve zipped one of the SACDs. The zipped .dsf files are 2.05GB in total.

Thank you. I think that should have uploaded now.

Thanks, @dpstjp — I’ll get this to the team and will follow up once I have their feedback.