Artwork not showing up

For many of my albums I have extended artwork in a seperate folder (called ‘Artwork’) which is in the same folder as the actual music file, ie 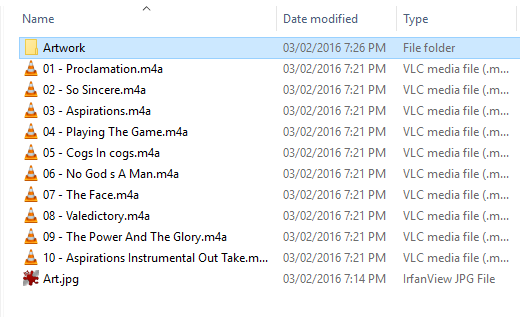 Therefore the artwork doesn’t show up in the new Gallery view for that album.

Is there any way I can correct this apart from copying all the artwork to the same folder as the music ?

I’ve got. the same problem here. I can’t imagine to open thousands of folders and move the PDF / jpg files. Is there really no other possibility? Maybe in 1.3.1 …

Same issue in my setup. Artwork files (.jpg and .pdf) are stored in a folder named “(artwork)” located in the same folder as music files, but it doesn’t show up in Roon.

@Jaap74 @JP_ @Ricke – can you guys all describe your setup, especially your Storage setup?

A screenshot of the Storage tab of Settings would be helpful too. Thanks guys! 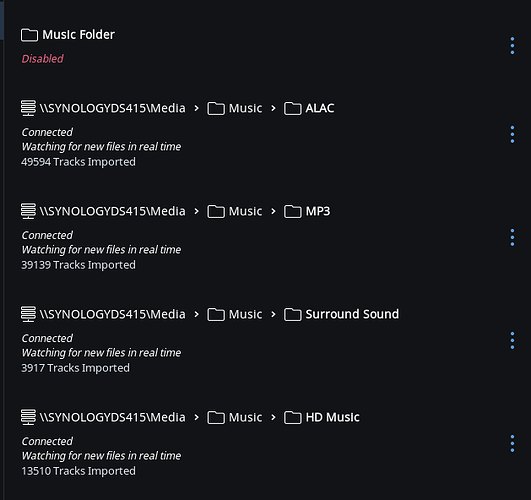 Core on Win 10 machine, Bridge on NUC with all music on Synology NAS… All Roon software up to date.

Here is an example : 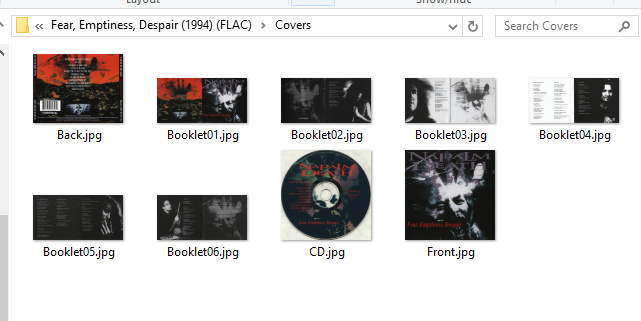 By the way, with this setup, the little Roon artwork icon always indicates 2 files. When clicking on it, only the album cover is shown, 2 times 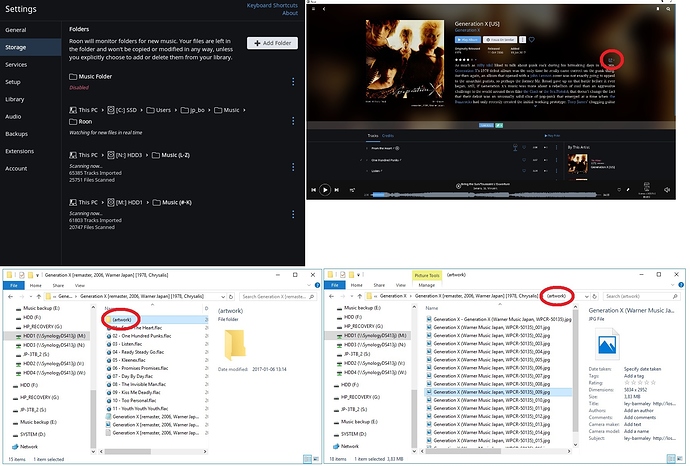 I’ve just discovered another issue when I imported 3 new albums which I just update in MP3Tag : 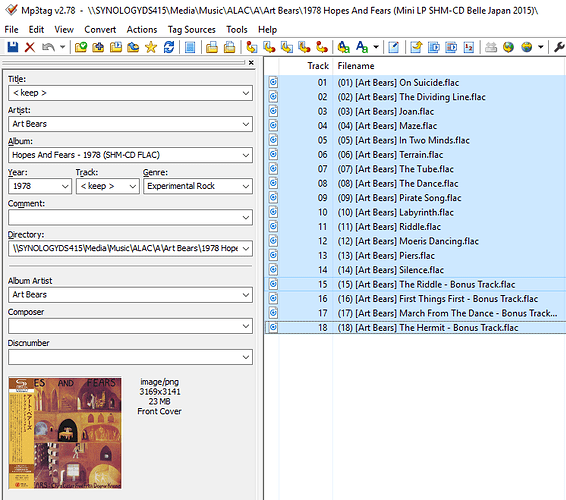 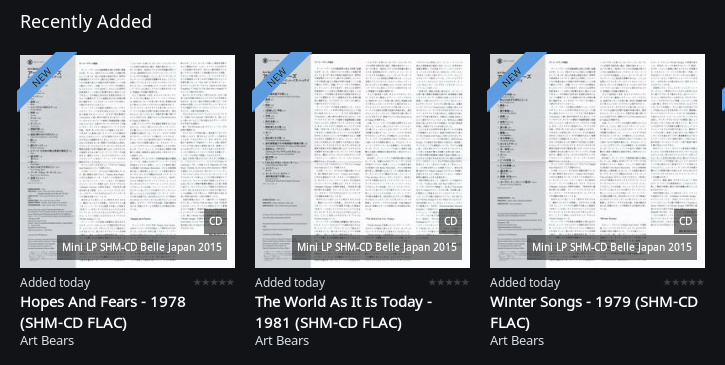 If I try and manually prefer file artwork it’s not showing : 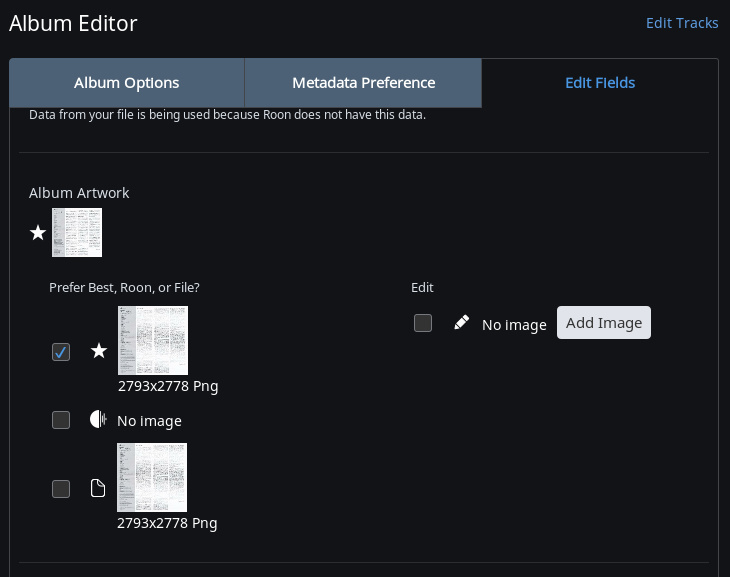 Same issue here. The music folder contains a file cover.png. Instead of this image, Roon choses some other image file to be displayed as album art (the rear side scan).

Files with names like cover.png should be displayed with higher priority.

By the way, with this setup, the little Roon artwork icon always indicates 2 files. When clicking on it, only the album cover is shown, 2 times

I have this as well. I store my files with embedded cover art and with a separate jpg file containing the same cover art, all in the same directory. The first image is from the Roon database, the second is the separate jpg file. As a test I made a jpg file hidden, by starting the file name with a dot, after a rescan it indeed disappeared.

My setup: music files living on a Synology and connected via ethernet (SMB) to a NUC5i7RYH serving the core. Roon does not display any artwork ore booklets wich is in a extra folder. 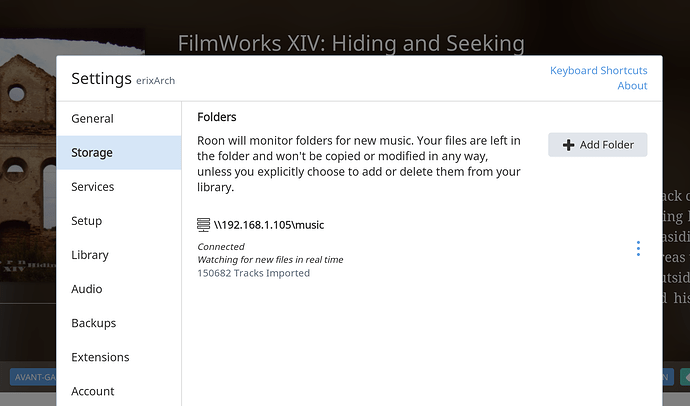 The other problem (that roon picks up the wrong cover artwork I also get sometimes (but very rare)). All of my files for cover-artwork are named ‘folder.jpg’ and laying in the same directory with the music files. But in this cases roon find the booklet-scans in the artwork-folder. Example: 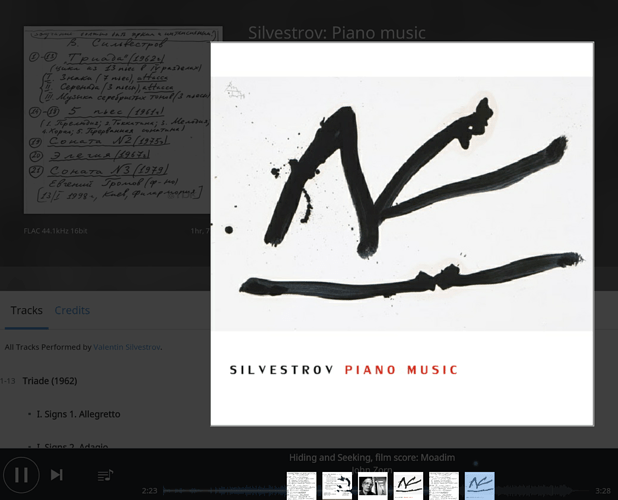 I forgot to mention that my roon is running on a Arch Linux platform. Maybe this is essential.

7 posts were split to a new topic: Prefer cover art from file tags

Is there an news on the subject? my cover arts are mostly in a folder besides the audio files. so roon needs to read cover art folder in the album folder. thanks

Hi,
I have similar issues as described above.

All my artwork is contained within a subfolder of the album as follows:

but for some reason, for some albums, the additional artwork is not to be shown when clicking the cover.

Hey @Michael_Vinberg – can you zip up the whole folder containing the album and put it on Dropbox (or similar)? If you can PM a download link to @support, we can have a look at the media and see what’s going on.

Can you also give us the details of your setup?

13 posts were split to a new topic: Adding artwork via an iPad - Artwork not showing up in ROON