This issue was already reported on November 2015

That’s a tough one, I’ve seen them confused in metadata sources quite often.

though, as previously reported, AllMusic has it right since back then

There’s at least one problem with the Rovi metadata at source and even AllMusic (;)) has failed to spot that this album release is attributed to both Avishai Cohens.

There are, unfortunately, a lot of these instances of bad metadata scattered around and we don’t have the time to dive into every one individually. However, we are investigating ways of detecting this kind of error en masse in our own code.

I have managed to split the two Avishai Cohen’s in my “main albums” data field by assigning the correct “primary artist” but how do you do this in the following fields, “appearances” and “production”.

Production is meanwhile solved by solve faulty Liner Notes in the credits menu. What about appearances?

What are the albums in question here? I’m wondering why these have gone wrong in the first place.

There are 4 albums placed with the trumpeter as “Appearances”. 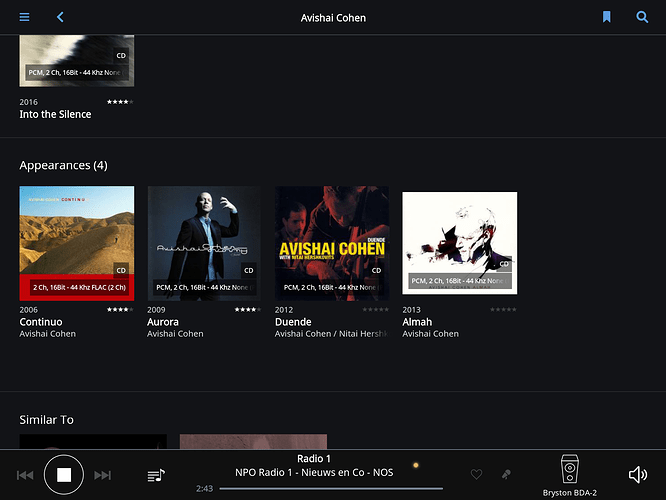 Thanks for the details – I see the issue, and will discuss it with @joel.

I suspect we’ll need to report this back to our metadata providers, at which point the correction will go into the system and will be updated in your library automatically.

There’s no way right now to preserve a credit but change the person. You could remove all the credits and re-enter them, but if I were you I would wait for the correction