Added a few albums and roon has been going around in circles for over an hour on 68 tracks…now 68. To add insult to injury the added albums don’t appear in Roon, even after a restart. Anyone else having like issues? Surely Roon can at least ingest and make something playable when its cloud is up the creek without paddle? Denial of service from a music player, seriously? 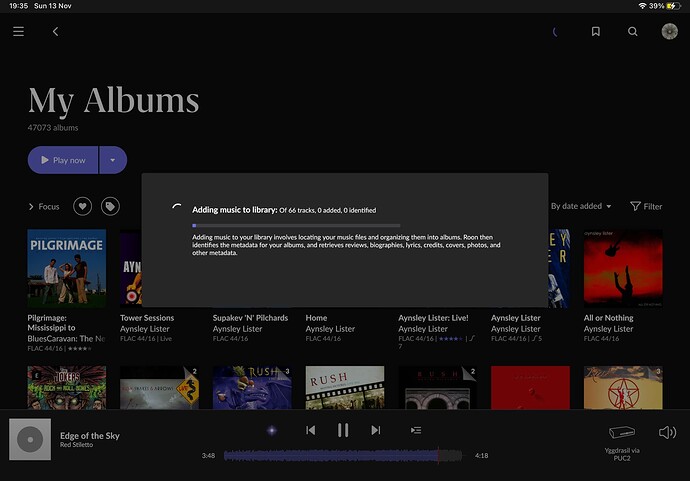 If i had the problem you describe and if it took more than 2-3 minutes I would restart the core as something is obviously amiss, it’s worth a try.

Did that 2x before posting. I’m on a gig symmetric FTTP link and have no problems communicating with the core on LAN or internet, so the issue isn’t on my end.

It eventually resolved itself - near on two hours to ingest an 11 track album.