Can anyone tell me if the display on the Bryston BDP-3 shows the Artist/Track or other information when acting as a Roon endpoint? 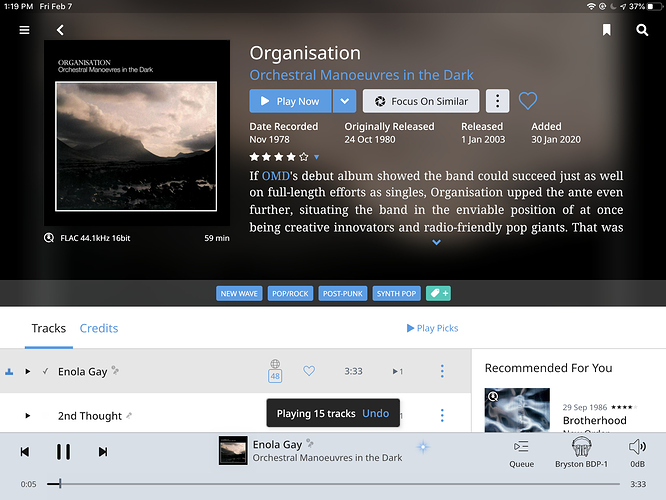 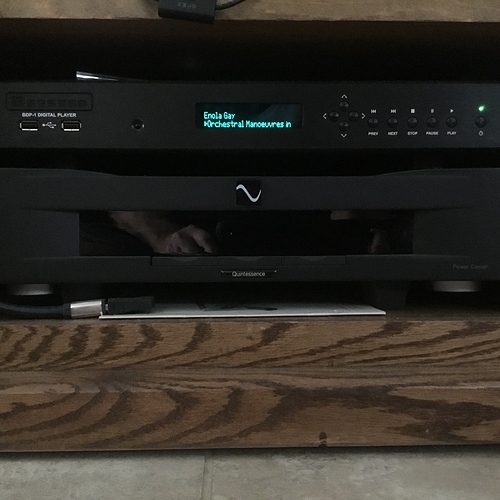 I don’t have a BDP-3, but my two BDP-1s do. The screen will occasionally go blank after long sessions.

Thanks for that. It’s probably a safe bet that later versions of the player would do the same.

The Manic Moose software used is the same. The BDP-1 has less horsepower, and a couple of software features are limited. If you need specific info on the Bryston stuff (general use), I’d suggest you check out the audiocircle.com Bryston forum. Forum member unincognito is Bryston’s Chris Rice who wrote the software. Bryston stuff is great, built like a tank.

Thank you. I’ve actually just joined that forum hoping to have a couple questions answered. I’m searching the manual way because my access is limited until my account has been fully activated by admin there. So no search function available yet. I’m certain I could get answers here but they are Bryston specific, not Roon related.

Have you been able to get it to work in Roon yet?

The thread title question re: display is out of curiosity - I don’t have a BDP-3, but am considering one.

I do have a BDA-3.14 and it works fine with Roon, although DSD limitations until certification process is completed, as I understand it.

I’m contemplating a BDP-3 on the assumption that Roon would be able to stream DSD to it natively and connected to the BDA-3.14 via USB it could get then be handled appropriately. But I don’t see the BDP-3 as being certified either.

Probably a Bryston forum question for Chris Rice. I did pull up an SACD rip (DSF) and it converts from DSF to PCM. 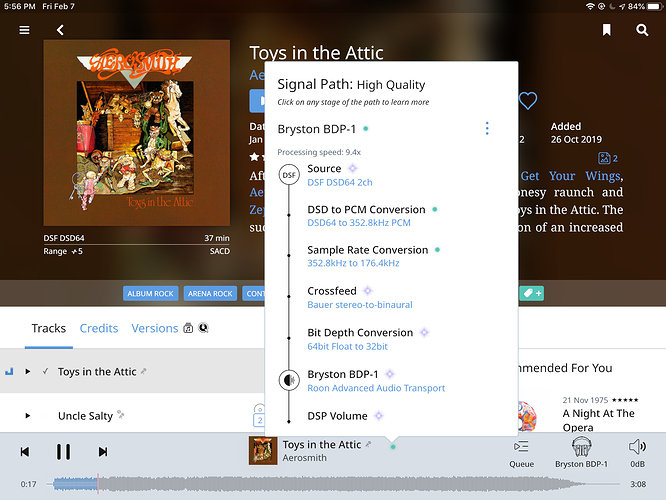 Yes, agreed - that is the correct forum for my question.

What you’ve shown with the screen shot is exactly what Roon does with my BDA-3.14 - and I expect that is expected behaviour. Honestly, it’s fine. It would just be cool if there was no conversion required.

Thanks for your input!

Sure thing. Glad to help. Cheers…

FYI, a BDP-3 feeding a BDA-3 via USB will play DSD files natively.
If there is a limitation to the 3.14 with regards to DSD, I am unaware of it, but we do not yet have one on display to test.

Perfect, thank you. I’m lead to believe the BDA-3.14 is identical to the BDA-3 with the addition of the internal Pi so your statement tells me what I need to know.

It’s been a little while since we have had a BDP-Pi on demo, and I cannot truthfully remember if that unit was incapable of native DSD streaming.
I’ll have to talk to Bryston and confirm yes/no on the 3.14.

No worries Paul. The manual for the BDA-3.14 is pretty clear about what the internal Pi can deal with and what it transfers to the DAC via I2s. 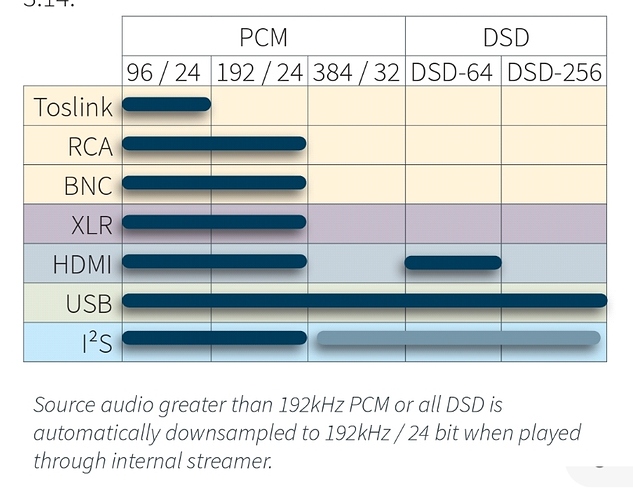 I OWN a BDP3 and the artist and title appear on the screen.