Roon’s album artist parsing is not very polished in my pov. For multiple artists, it support /, &, with as separators. But it does not support “feat.”. i.e.

I think it also dose not support <Artist A> x <Artist B>.

Can we get those tags properly parsed? So we can get something like “Camila Cabello feat. Young Thug” instead the same info twice. I don’t think it is hard to implemented, but it will make the UI much cleaner in these cases.

Over the years, roon seems to have added new delimiters that it will process automatically. This has always been configurable though. I haven’t tried all possible artist and album artist separators, but I added feat. and vs. in import settings and that works well. 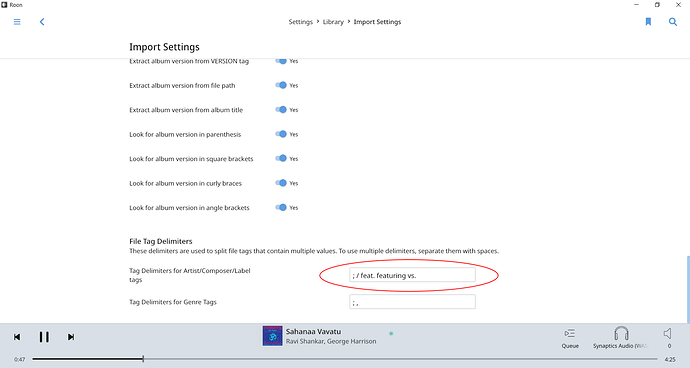 Careful though if you have a large library. If you add extra delimiters roon will reset your entire library database and that may take some time depending on its size. Different genres tend to use different delimiters so it’s worth trying your other example of “x”. You can always just reverse it if the results are not what you expected.

Hi, I tried what you suggested. It doesn’t work in this case. Ithink it is used to decide the list of artists of a track rather than properly showing the album artist.

This should work at both an artist (track) and an album artist (album) level. Roon doesn’t seem to make a distinction for that setting. But depending on what you want to do there may still be a lot of other editing you will need to do to get a tidy result. I’m surprised this does not come up more often as it affects everyone. I raised exactly the same feature request about 2 years ago, I don’t remember precisely when.

So, for example, for your Darkside / Alan Walker example, with my delimiter settings I get this with no further intervention: 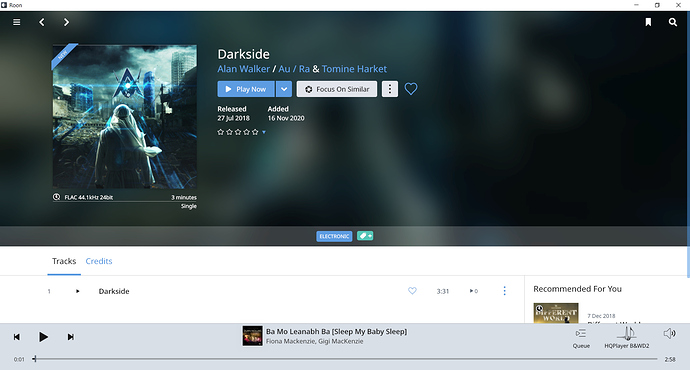 Unfortunately it is not always as easy as that. I don’t have your Havana / Camila Cabello example and all I could find on Qobuz were remixes. But if I take a similar Camila Cabello example, initially this Ed Sheeren example is quite a mess with a lot of duplication if I don’t make that “feat.” delimiter setting: 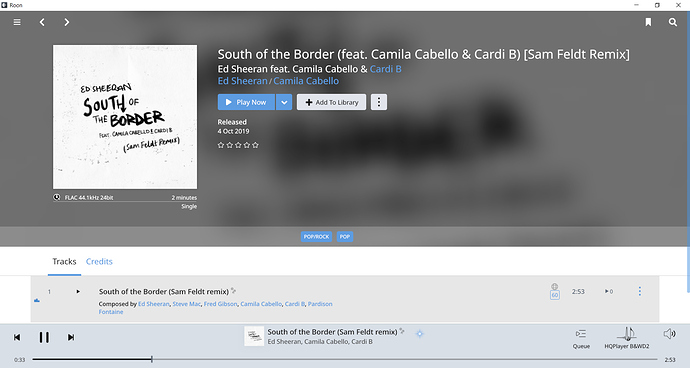 If I do make that “feat.” delimiter setting I get this (I also tidied up the title which contains a lot of repetition as well). 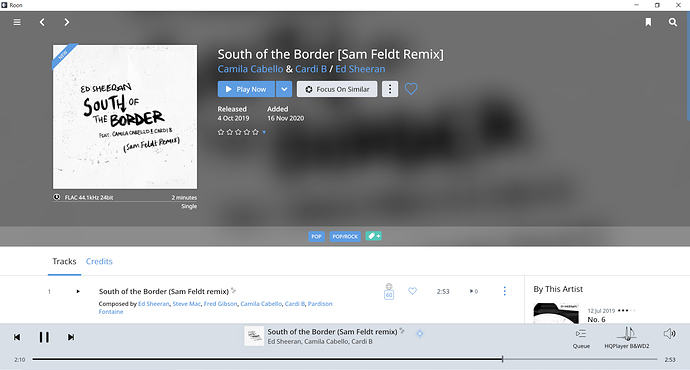 Of course this is still not quite right as Ed Sheeren should be getting top billing so after another edit I finally get this. 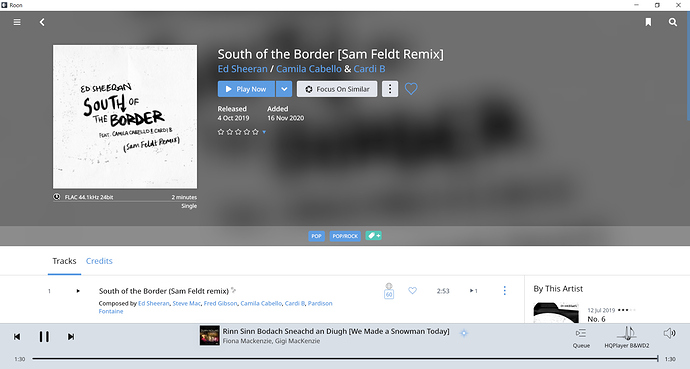 As you can see, this work around can range from no editing work to quite a bit of editing work and roon replaces “feat.” with a forward slash “/” so its not quite the same.

As I say I asked for this same feature request maybe 2 years a go. Whilst waiting I have experimented with work-arounds and for the most part you can remove the duplication and tidy up the album page but as you can see it can involve quite a bit of editing work.

Thanks for reply! I will try the delimiter setting again.

In the beginning, I just manually edited the album artist to “Alan Walker / Au/Ra / Tomine Harket”. As I encountered more similar problems, this became more frustrating and required more editing.

As you point out, this work around is flawed. Really hope Roon team can properly fix this.

I would say I edit the album artists on virtually every album import because of this.