I don’t (as far as I can tell) have any DSP nor Sample Rate Conversion engaged. With this in mind I was under the impression that 16bit/24bit music would be sent as such. However, with both of the devices that I’ve used as Roon endpoints thus far I always get Bit Depth Conversion to 64bit Float and eventually back to 24bit.

I do have ReplayGain (or Volume Levelling as Roon calls it) set to Auto. With respect to the latter, I’d always (perhaps mistakenly?) thought that it was just a question of knocking the level down (or up) by the appropriate number of db?

I have the same question 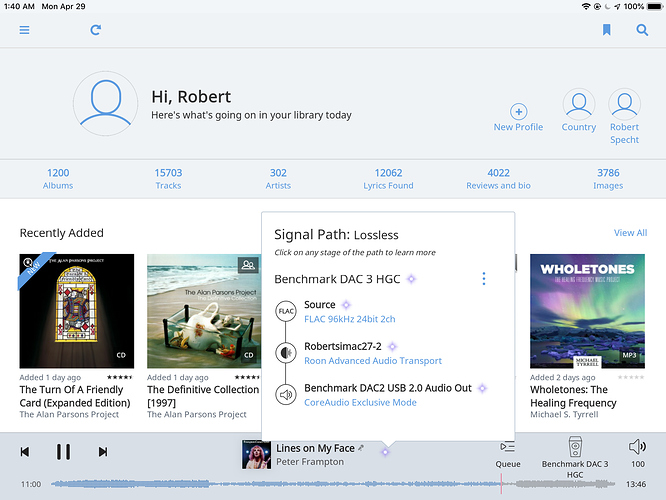 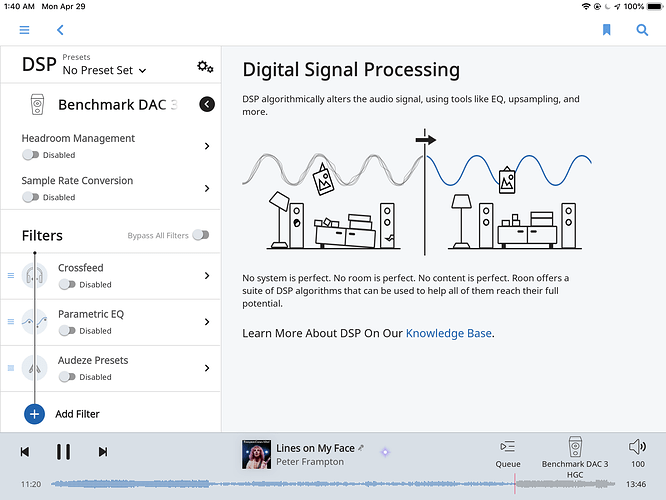 Sure, here it is. It’s the same for both zones: 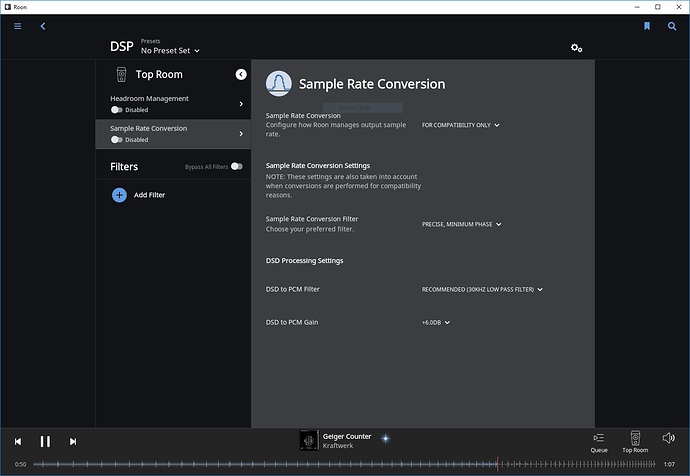 Let’s take a look at your signal path…Are you using HQ player?

Hi, I was just doing that extra screenshot whilst you replied 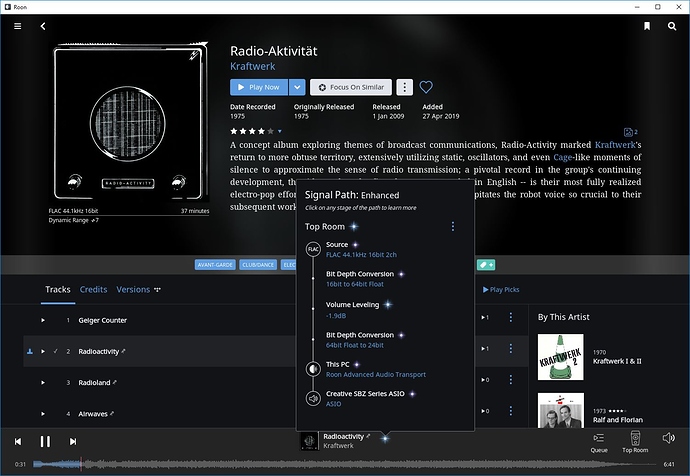 Try going to zone settings and turn volume leveling to off… 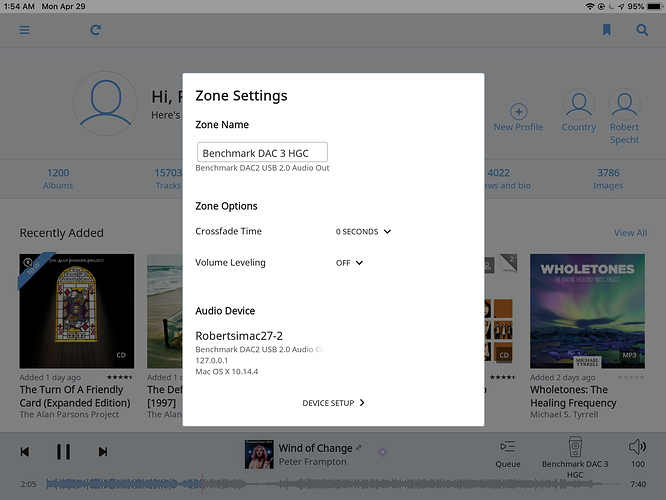 If volume levelling is turned off I get a Signal Path like yours without any Bit Depth Conversion. I didn’t realise it would need to do that in order to enact ReplayGain…

The volume leveling is a kind of filter to better manage the volume between tracks. Can be useful for Roon Radio where albums and artists are changing, but for the same album I never use it.

I’d always used ReplayGain with LMS because I found it annoying to have to keep reaching for the volume control given the huge variation in levels between different CDs.

Understood. Pretty much anything you insert into the signal path is shown. The purple stars are lossless. If you see a blue star its enhanced with DSP engaged. Yellow is low res. Green can mean several different things. The signal path is a good indication of what’s happening with the selected track.

Also Welcome to the forum…

Thanks for your help, Robert

I’ve subsequently read the page about Volume Levelling in the KB which is helpful and explains about how it works relative to ReplayGain, the latter also possible by being activated in the import settings. Seems like the key difference is that RG is (by default) -18 LUFS rather than -23 LUFS.

This Roon software is endlessly fascinating!

It’s very impressive. I’d heard about Roon a good while back and although it sounded like a good idea, I wasn’t sure it justified its cost as a pretty UI, especially as someone that has never really used streaming services beyond a trial month or two.

However, as I’m now using it I’m beginning to understand just how powerful it is and its value to anyone with any decent amount of music in digital form, regardless of having a Tidal/Qobuz subscription.