The header image for the entirety of “the Blues” genre should not be this: 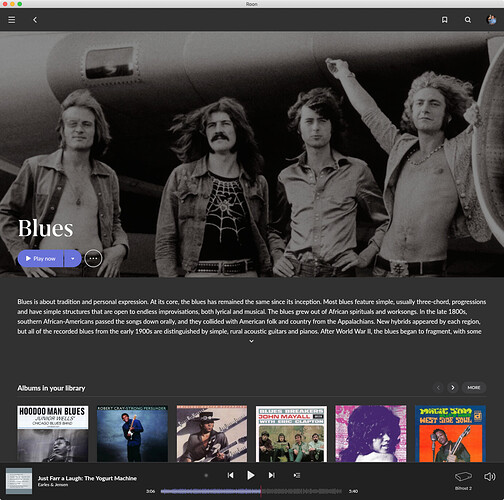 Led Zeppelin’s association with the blues is touchy at best. At worst, it’s downright offensive. There are literally hundreds of artists whose images could be better used in this spot, artists who would be a more appropriate representation of “the Blues” than those blues-copyright strip miners, Led Zeppelin.

This is one of those small-but-important things, I think. Personally, I think it makes Roon look clueless … at least. But surely it’s an easy fix.

Thanks for giving it a look. Big, big Roon fan here, BTW.

I’m a huge LZ fan but this is clearly not the genre I would associate with the band. Totally agree.

Actually, now that you’ve brought it to my attention, many of the “genre” images seem poorly thought out. Belá Fleck for “Country” for example.

My guess is, the image that is used is based some how on your specific library and what you’ve listen to? for me, the image for the blues genre is Albert King: This is perhaps an example how and why the use of metadata and tags can sometimes come back to bite folks… 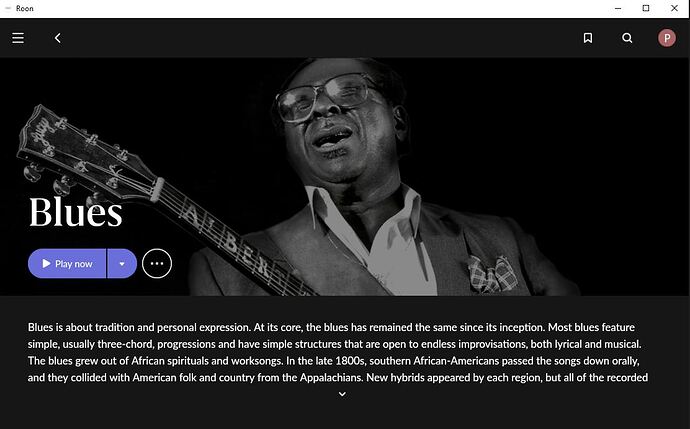 and for Country, I have Emmylou: 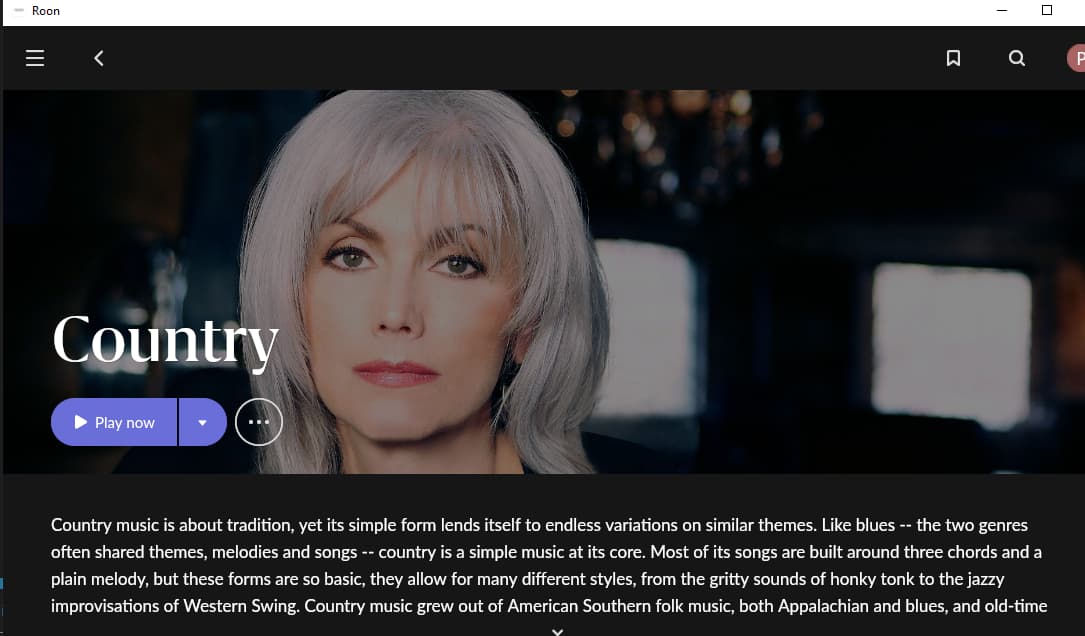 Ah, that must explain it.

looking at a little closer, going in to Focus sheds a little light, but not completely - its probably some algorithm of number of records in the library, and how often them been played or something that determines the image: 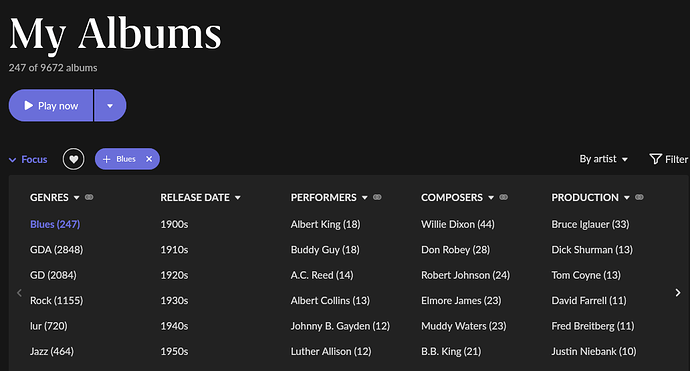 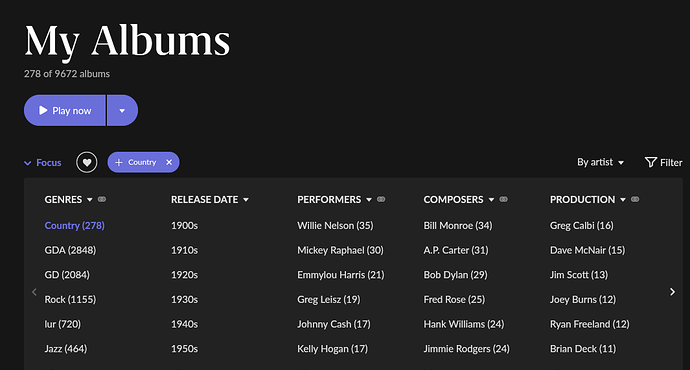 It’s a good theory but does not seem to apply in my case so totally unsure how that is working.
I play a lot of guitar blues through Roon and tbh I don’t think I have ever actually played Led Zeppelin via Roon and yet I have same Zeppelin photo on my blues genre.
And don’t even ask what I have for country…it’s really mind boggling!

well, ok then. That shoots that down! …lol…

Looks to me like the content of one’s Library is definitely playing a role - a second parameter might be “popularity” (however that is determined). As an example for the “in library” part: 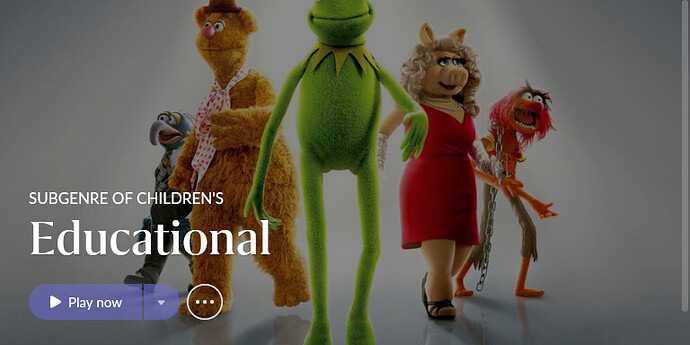 Which solely contains the following composer in my case … 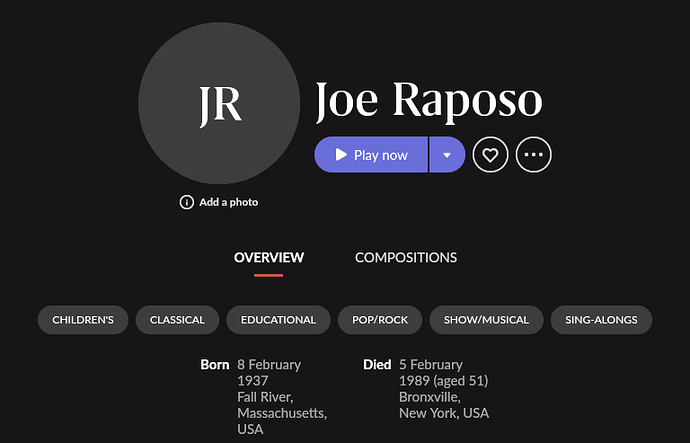 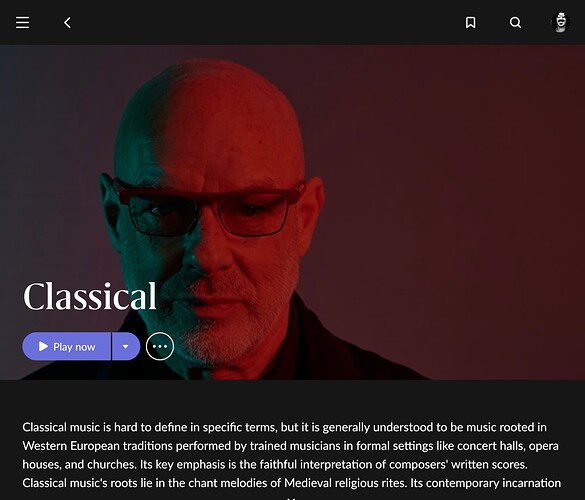 Genre is so subjective. 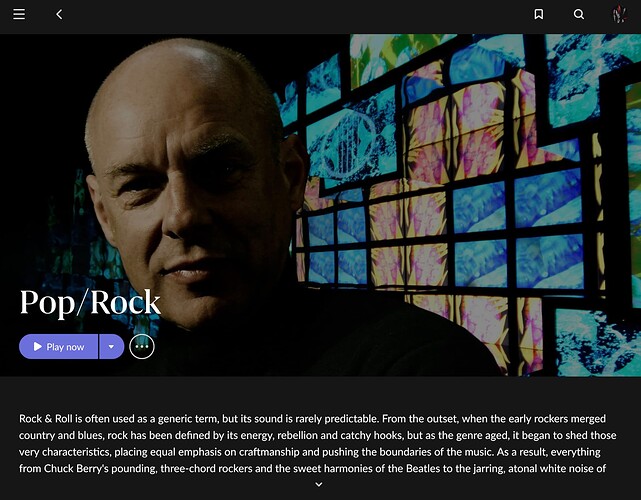 Even worse here - the Fleetwood Mac I play is the Peter Green era stuff:- 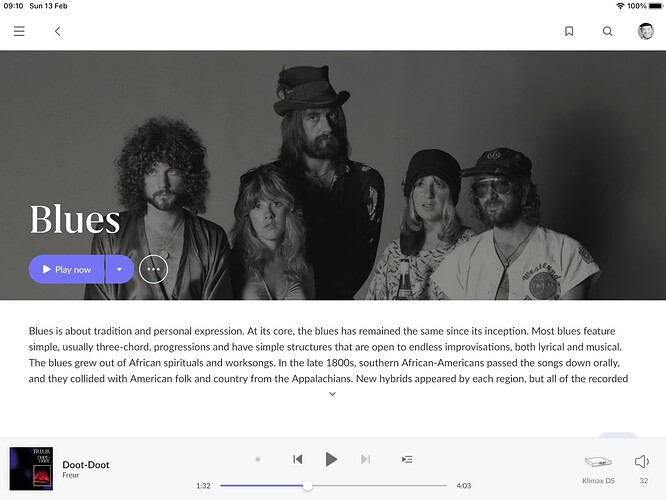 Very interesting - I have that exact (Eno) image in my library representing the genre “avant-garde”.

FWIW, my original post wasn’t so much about the fact that Led Zeppelin isn’t a great representation of the blues, musically.

That’s true, but what really motivated me to post is the fact that choosing Led Zeppelin to represent the blues is offensive. I hinted at that before, but now I’m saying it, full stop.

LZ made a career out of “borrowing” (to put it gently) the work of blues elders, dropping their stolen blues licks and themes on top of Bonzo’s drums and calling it their own work. I’m not sure they ever created an original blues of their own. But they sure made a crap-ton of money off the creative work of people who were — many of them at least — living in poverty at the time.

I like LZ a bit as a rock and roll band, but their relationship with the blues is a stain on music history. Personally, I’d feel better if Roon weren’t highlighting it.

Thanks for reaching out about this. I’d like to clarify that Roon isn’t choosing anything. The images you see as genre headers are parsed from genre data via our metadata suppliers. Rovi/TiVO/AMG is one of them, and they list all the Zeppelin albums as Blues. Because of that, and possibly some interaction in your library, that’s the image you’re getting.

I haven’t looked lately but I’m likely to have every Zeppelin album in my library, yet my genre image is Muddy. I got a whole mess of his stuff too, and a signed copy of Electric Mud in my home. 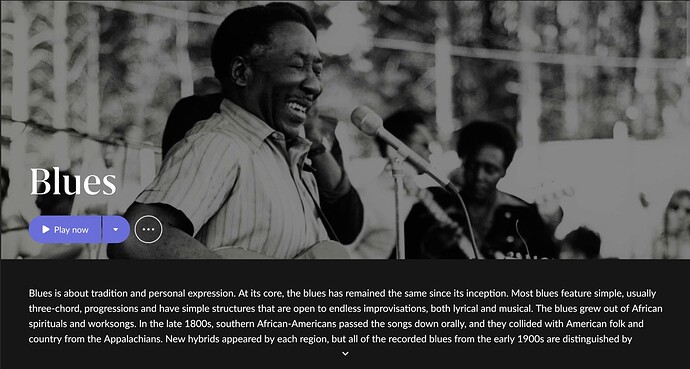 That Greeny period Mac is great stuff! Check out his playing on this Otis Spann album if you’re not familiar with it. 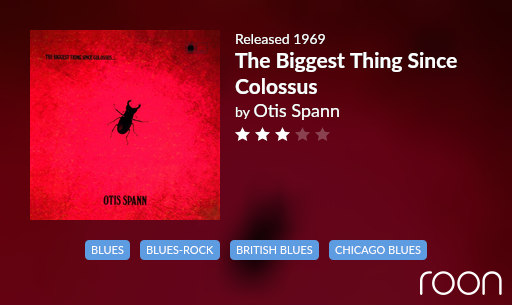