Color me confused. I have a Lifetime Subscription to Roon, and truly love its radio feature that kicks in at the end of playlists, etc.

But I’m drawn to buy a Bluesound Node 2i. (I want to be able to unify playbacks for my Qobuz account, my wife’s Amazon HD account, a Deezer account…and I can’t do that just on Roon.)

Any praise/condemnation of your Bluesound Node 2i is welcome, too.

Would I be controlling the playback through Bluesound’s OS on my phone, or on Roon’s? How does this work out in the Real World, folks?

If you are using features of Blu OS then you would be using the Bluesound app to control those features, like Amazon and Deezer. With Roon, a Bluesound is only an audio endpoint.

Meaning…you SWITCH controllers, depending upon whether you want a “pure” ROON experience (with the radio kicking in after your playlist) or just stream Qobuz, etc. directly to the Bluesound.
Has anyone noticed degradation/improvement of sound quality from NOT using Roon? Have a small Topping D10 DAC…

Meaning…you SWITCH controllers, depending upon whether you want a “pure” ROON experience

Yes. I do this, frequently. I listen to Primephonic (using Airplay 2) and Spotify (using Spotify Connect), as well as Roon. I simply stop listening to one source and then start another. In that regard, the Bluesound Node 2i is well designed and implemented.

The bad news with the Node 2i - mine (and many others on this forum) won’t reliably stay connected to my wireless network. And that’s not just with Roon, but also with Spotify connect. For some reason, I don’t have issues with Airplay 2.

Finally, I (and others) am experiencing a brief truncation at the start of playback when using Roon.

I solved the first problem with a wireless bridge, like one of these: 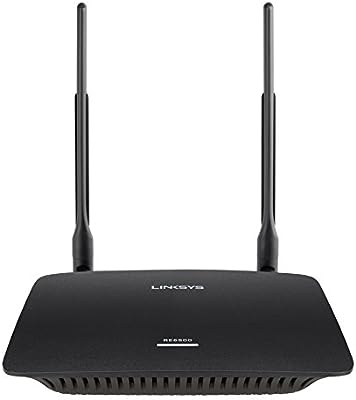 There are smaller/cheaper equivalents.

I am hoping Roon and Bluesound address the second issue.

Good hunting in your search for the right streamer!

Meaning…you SWITCH controllers, depending upon whether you want a “pure” ROON experience (with the radio kicking in after your playlist) or just stream Qobuz, etc. directly to the Bluesound.

Assuming this was a question, the answer is yes. Correct

I’ll throw in my two bits. I used to have a Bluesound Node 2 and used it primarily to stream MQA files, as its DAC (and, as well, the 2i) was MQA capable (my other DAC is in my Devialet Expert 220 Pro and it is not MQA capable). I found the BluOS interface good and, at least for the Node 2, bug free. In order to simplify, I finally gave up the Node 2 for one primary reason: aside from its complete unfolding of MQA files, where Roon only gives the first unfold, Roon simply sounded better and was more intuitive, at least for me. So, it you find value in both systems, you could use both, as I did at one time.

I also have the Bluesound node 2i and use it both ways. Most often I use Roon, I like its interface, the sound quality is better to my ears. I will switch to BlueOS when I want to airplay or use Spotify.

Thank you, Kenneth. Could you clarify; is the problem coming from the fact
that you don’t have the BlueSound connected via ethernet to its source, but
are connecting it wirelessly? Or are you saying that once it is connected
with a wired connection the wireless-attempts to send sound TO IT (i.e.,
like Chromecast?) don’t work reliably. Just trying to sort it all
through…

Also: are you happy with the sound quality?

To my ears streaming from Roon to the Node 2i does sound better than Spotify streaming to the Node 2i. Now that being said the Spotify does sound really good. Some of this is probably source file differences.
The higher res files on my Roon will obviously be a better source.
I have not tried to play a network file through BlueOS to the Node. Roon just makes this so convenient. Plus I like all the tagging and links that come with Roon.

Are the hi-res files on your Roon from a USB library or something? Or a streaming service? I have Qobuz…

My previous setup had my Bluesound Node 2 connected directly to my Devialet. I always found Roon sounded better.

…are you saying that once it is connected
with a wired connection the wireless-attempts to send sound TO IT (i.e.,
like Chromecast?) don’t work reliably?

No. With a wired connection, the Node 2i stays connected and everything works fine (except for the Roon truncation issue, which is a different problem). With wireless, not so much.

Also: are you happy with the sound quality?

The analog out sounds okay and I enjoy the MQA output from Roon.

I recommend reading these two links before purchasing a Node 2i, if you are interested in sound quality measurements:

Review and Measurements of Bluesound NODE 2i Streamer

This is a review and detailed measurements of the Bluesound Node 2i Streamer. It is on kind loan from a member and costs $499. I am assuming their target market is where SONOS dominates if you are familiar with that brand. From the outside, this...

Follow-up with digital coax output into another DAC:

Review and Measurements of Bluesound NODE 2i Streamer

... I suppose What Hi-fi reviews are nothing revelant and obviously VERY biased. About customers reviews: I guess 88db SINAD is OK for most casual listeners. .004% THD+N (which is what this is, roughly) is probably more than okay for just about...

I use a couple of Node 2i in my house for Roon and still use Bluesound’s app for them at times too although its really redundant. I use the Nodes as a means of getting Todal/Quboz into either a pre-amp then into an amp or in another location one of the nodes feeds into a small power amp directly and I use the bluesound or roon app to control the volume of the unit. In both cases I’m using the RCA outputs of the Nodes. Both sound fine; neither system is my main high end systems (I use Roon into PS Audio Directstream Junior via the bridge, then the bridge balanced output into a Pass XP 10 Pre-amp, then the pre- amp into the Pass x250.8 power amp - all via balanced connections).

The nodes work flawlessly and sound great even when being listened to in all but the most critical situations. If need be, you can take the digital output of the node and use your own high end DAC to convert the signal and the result is great.

I guess you did, but did you try to give your node2i a static IP address?

did you try to give your node2i a static IP address?

For every device on my home network, I add the MAC address into the router settings and assign a consistent IP address (i.e. this achieves the same result as a static IP). In my experience, most consumer electronics devices tend to operate more reliably when using a consistent IP (e.g. the apps are better at finding the device and staying connected).