in my library there is a big mess about budgie, the siouxsie & the banshees drummer, and member of creatures too.

notice the “aka peter clarke”.

so, mixed in many banshees compositions i get this:

besides, it turns out that there is also a budgie band: 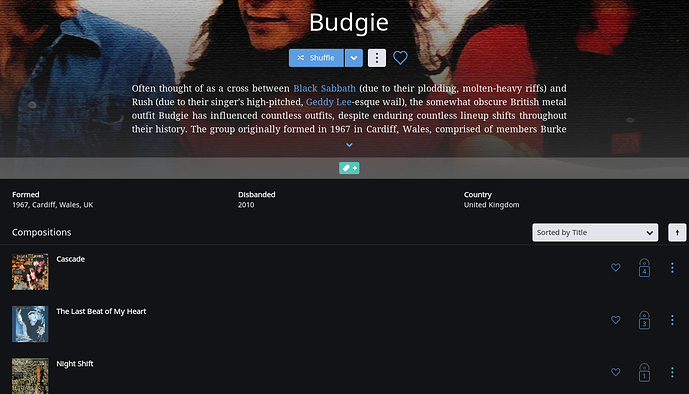 We’ve reached out to our metadata provider about this and will follow up when we’ve received a response.

Our metadata provider got back to me and let me know that they reviewed all of their Budgie credits and made some corrections. This should be reflecting in Roon in a week or so.

problem only partially solved. i still have a “peter clarke” composer in 2 siouxsie & the bashees albums: 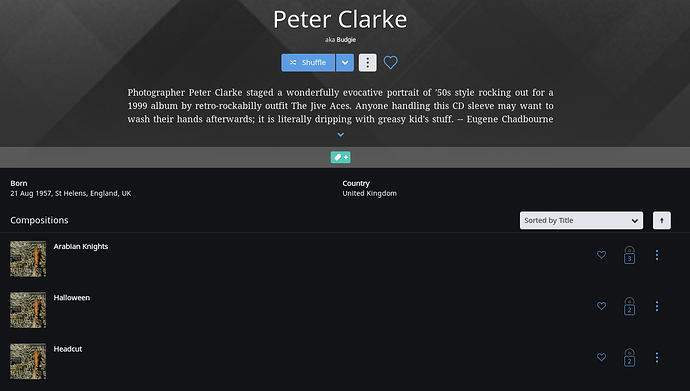 Can you share a screenshot of the two albums in questions? Once I verify the albums I’ll check the data coming in from our provider and reach out to them. 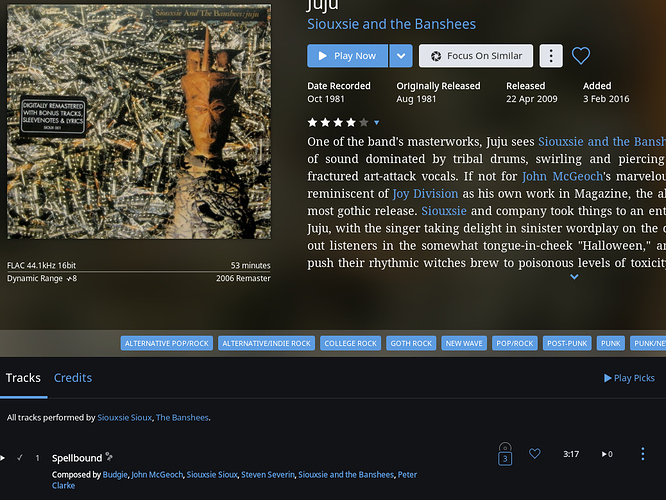 same for this album:

but the problem is at (roon) composition level, not at album level. a certain amount of siouxsie & the banshees compositions are credited to the wrong peter clarcke… and this reflects on various albums.
i have peter clarcke credited in these albums:
Juju
Nocturne
Once upon a time
At the BBC
A kiss in the dreamhouse

Hi @dylan, the problem is still there. peter clark photographer credited (as composer) instead of budgie in siouxsie & the banshees 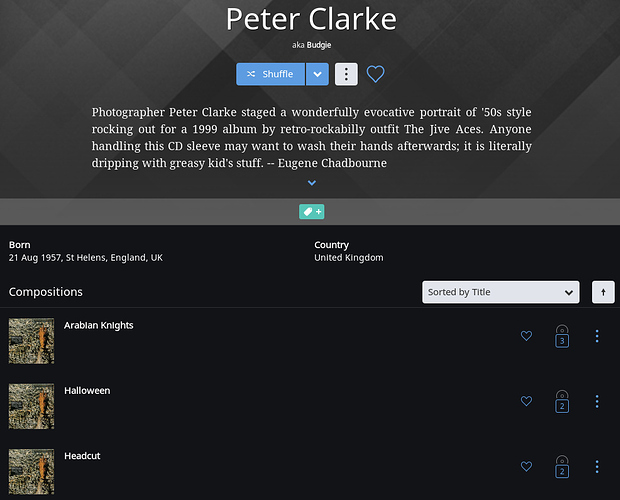 I still have a “Budgie” band mixed up with the banshees drummer: 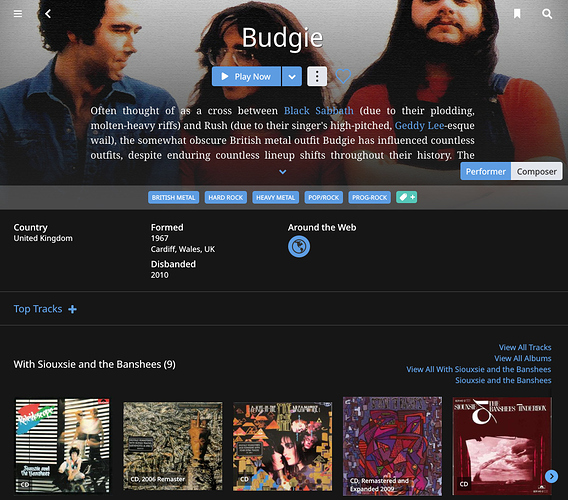 in all siouxsie albums it must be:

no answer at all
problem still there.