What are the new playlists selections for Tidal & Qobuz at the bottom of Home page in Roon? they don’t seem to correlate to anything in the native services, nor are they reflective of my tastes and listening habits.

Does Roon curate them somehow? 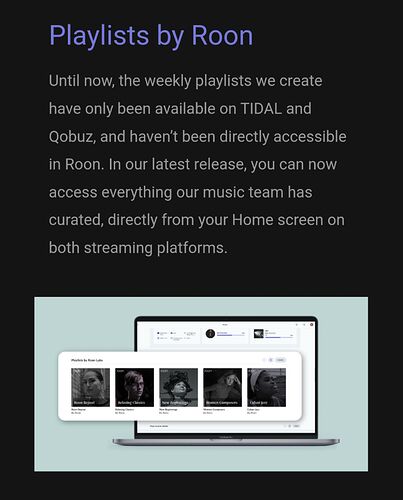 They are Roon created playlists, they are not correlated to your tastes.

not the Roon playlists. further down the page, there are Qobuz and Tidal playlists that are not curated by Roon (at least, they don’t appear to be). 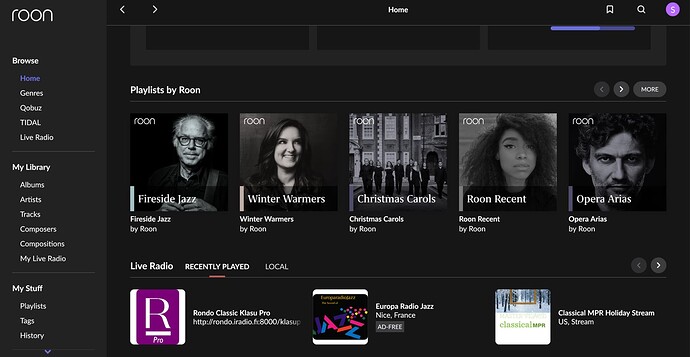 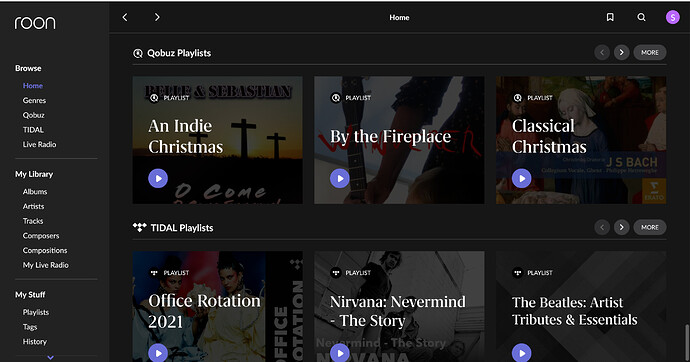 Mine appear to be totally random Tidal playlists. They don’t correlate with the app either (i.e. suggested playlists).