i find credited in tracks and compositions: 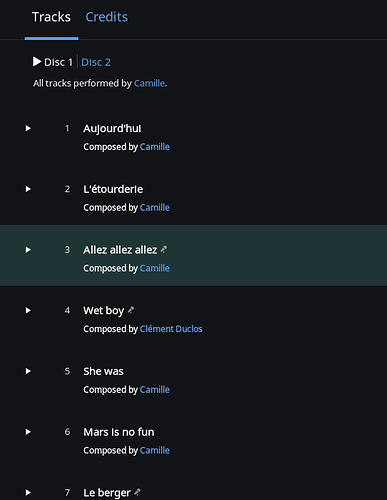 another camille (aka prince…):

that, as you can see, is credited in all camille albums in my library.

at the same time, the french singer camille is credited in her own albums, but also in some prince albums… 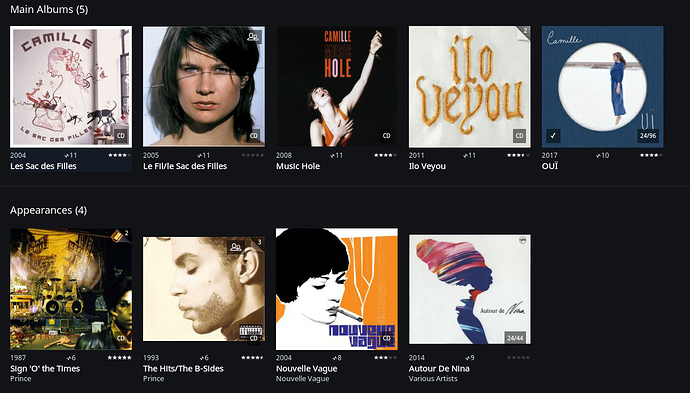 We looked into this and found that there appear to be some credit mix-ups coming from one of our metadata providers. We’ve reached out to them and requested that they look into this. We will follow up once we’ve heard back from them.

Our metadata provider got back to me and let me know that they reviewed all of these credits. There were a handful of bad credits attributed to the wrong Camille that have now been corrected. Within a week or so this should be reflected in Roon. If you see any issues after that please let me know and we will take a look.

Thanks for the update, @Niccolo_Terzi ---- We are looking into this and will reach out to our metadata provider.

@dylan the problem still there 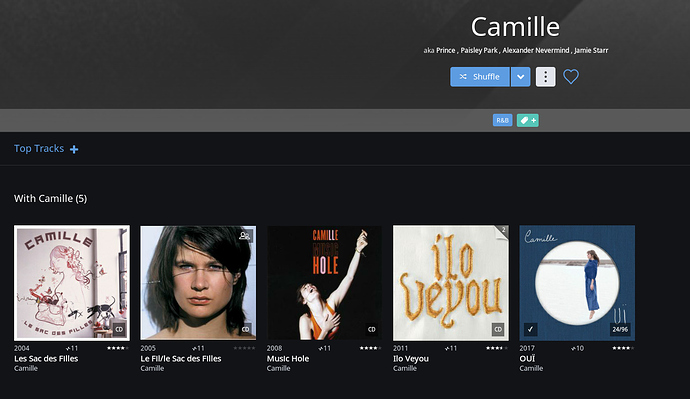