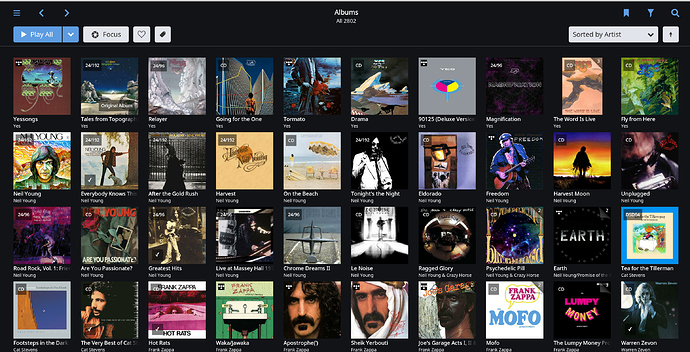 Interesting, in my library, he’s showing up as “Yusuf”. And because it’s a single name, he appears under “Y”, whether I sort by artist first name or last name…

Edit: ah, I see that you’re looking at Albums, sorted by Artist… If I do that, then indeed I see Cat Stevens albums listed next to Yusuf albums. 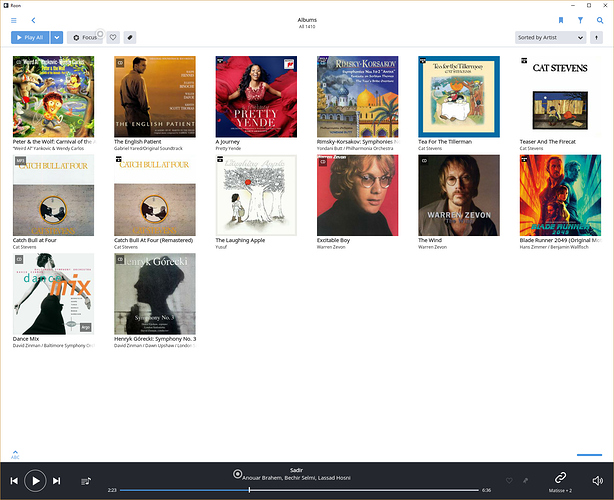 I think the issue here is that there is a single entry for the artist in the library (in my case “Yusuf”), with 5 albums associated with that artist. The individual albums, however, list his name at the time of recording as the Primary Artist name. Tricky…

I think the issue here is that there is a single entry for the artist in the library (in my case “Yusuf”), with 5 albums associated with that artist. The individual albums, however, list his name at the time of recording as the Primary Artist name.

Wow! I wonder if you have a different Roon database than me (and I wonder how that could even happen). All my Cat Stevens albums show up with the artist name as “Cat Stevens” as shown here:

I have no artist listed as Yusuf, only “Cat Stevens” as shown here:

and, indeed, if I search for “Yusuf” it only turns up “Cat Stevens” as shown here: 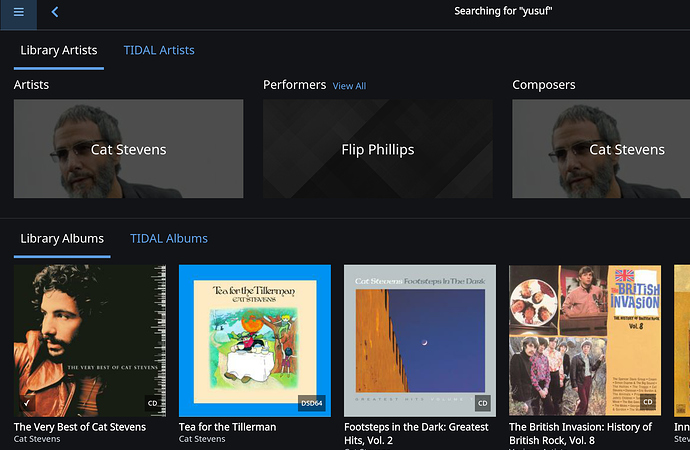 Something is definitely off!

Well, I dug a little deeper into this and found that someone else in my household must have edited the artist listing for Yusuf to Cat Stevens. That explains part of it. But I just went into the artist settings and changed the sort order as shown here: 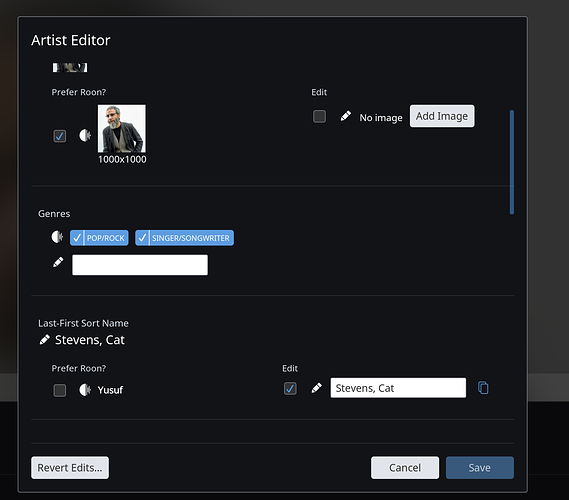 but the albums are still sorted under Yusuf.

Yes, I have the same problem.

I have made no edits to my Cat Stevens albums so what I can see is that roon identifies the primary artist as “Yusef” but the album artist as “Cat Stevens”. 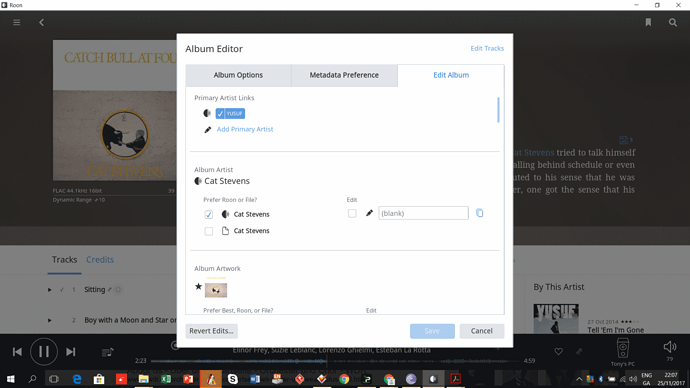 Although this is the first time I have seen this come up in a Pop context in a Classical context it comes up all the time as name changes of orchestras etc, that may have been around in one version or another for 120 years is quite common. There might be 10/15 names and you can often multiply that by another 5 or so to take care of English/German/French/Italian/Spanish versions.

What would be ideal would be the ability to merge artist names under an artist name of your choice. A similar feature for merging “compositions” works quite well. But I have never been able to get the “artist merge” feature to work and gave up long ago. Has a lot of knock on effects though in terms of poor identification rates and very high manual tagging effort.