The current DSP volume slider makes it really hard to adjust volume, especially from a phone. Moving the slider just a tiny bit gets you 6dB reduction, which is a big decrease in actual loudness. In practice, only about 10 - 20% of the slider is usable.

Could you tweak the slider to use a more conventional scale where 50% on the slider is equivalent to 50% loudness?

If there is a reason why it must be in actual dB units, perhaps make adjustment logarithmic instead of linear?

If there is a reason why it must be in actual dB units, perhaps make adjustment logarithmic instead of linear?

I mean to say, perhaps the slider could adjust the first 6dB or 10dB in .1dB increments.

Not sure what the solution might be, but I hope they can find a way to make it more usable.

I have suggested that the slider is a poor user interface widget for this purpose (and the buttons used for Meridian gear are worse). I recommend a rolling control, like the time control in the iPhone’s clock and calendar apps.

For all of Devialet’s faults, I’d say their iOS volume control is about the best I’ve ever used. You slide your finger round the outer ‘chrome’ dial (representing its physical counterpart), and have complete control over fine volume while still being able to do big adjustments quickly. Tap the centre to mute.

It’s lacking many features sadly (and a proper iPad port), and has largely been abandoned by Devialet, but in terms of volume adjustment alone it’s fantastic.

I think the rotary aspect is the main winner, but also the size. Bigger = better control. 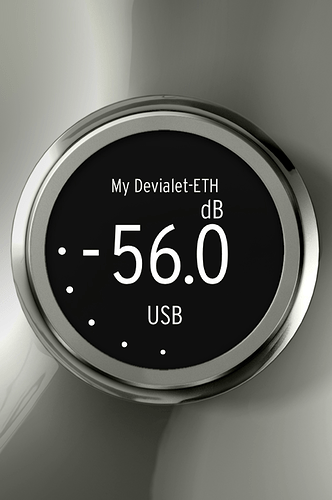 +1 for updating how the slider control works! For my systems, when the slider is at the half-way point, there is already little to no sound output, making only half the slider useful real estate.

This should/could be a quick fix. BlusSound implemented it as such:
The end user can set a minimum and maximum sound level. So that if the user set minimum is -50dB, then the bottom of the slider is actually -50dB.

To start, Roon could even bypass the option of a user selectable minimum. Simply set the slider bottom to something like -60dB instead of the silly low -100

Just wanted to bump this thread. The volume control seems very sensitive and difficult to use for me as well.

Is there any way to get this Feature Request prioritized? 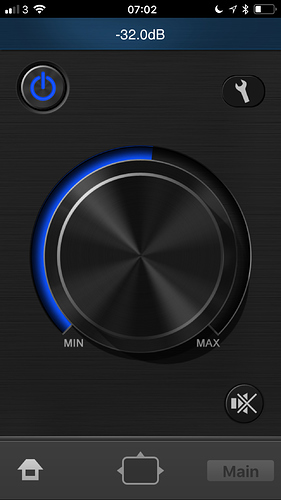 I wound definitely recommend this approach. By far the best Usability / UX for volume control by the Devialet App. Should be easy to integrate into room and solve many problems users are currently facing.

I’d like to add a vote for this to be fixed on Android as well, where the same issue occurs when using a phone.

And since everyone’s pitching in ideas, here are mine:

New subscriber here. I absolutely agree with this request. The volume control is almost unusable as-is.

@danny What’s your point of view / timeline for it?

Back then I could only utilize the top half of the volume control.
Now I can only really use the bottom one third.

I’m using all Bluesound products. Has this happened to anyone else? Is it just related to Bluesound?

Thanks for any input…

In the Bluesound app, you can set custom min/max values for the volume of every individual device. With a bit of tweaking, you will gain a lot of granularity in the Roon slider.

You are absolutely correct Rene!

Just a little over an hour ago, I recalled this feature. So went into the BlueOS app (which I rarely do) and tweeked those setpoints. Now the Roon slider works great.

I came back here to report my findings, only to see that you beat me to it. Nice!

Thanks for taking the time to provide help.

@RBM So what is Roon’s take on this highly demanded improvement? It’s the only thing my wife mentions / complains about when using Roon